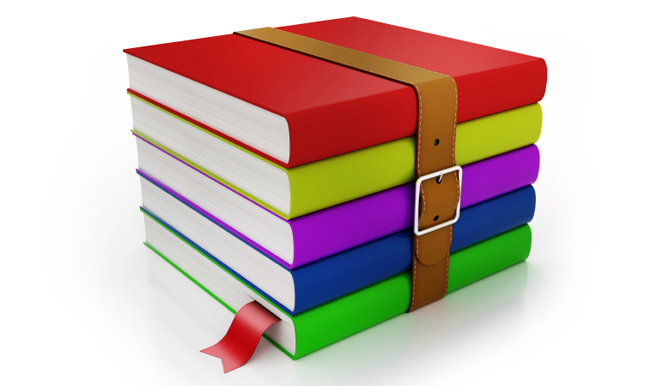 Coinciding with the release of WinRAR 5.0, we were able to get a brief interview with Burak Canboy, CEO of WinRAR since 2002, about the software and the changes we can expect in version 5.0.

File compressors were designed to overcome storage space limitations. Is there still a need for a powerful file compressor for the desktop? Why?

File compression remains important for a variety of reasons. Although, yes, physical storage media comes at much less of a premium now than in the past, there are still many valuable functions compression has to offer beyond simple space-saving. Regardless of compression, archivers are still convenient to collect many files for storage and quicker transfer. It’s easier to operate with a single archived entity than with thousands of separate files. Such file collections can provide additional benefits such as data recovery.

WinRAR 5.0 introduces a new format for recovery record, much more efficient to repair damaged data and therefore with a higher chance to save data from being lost forever. Additionally, data security is a vital function WinRAR provides. With RAR compression and encryption, the user’s data is then safe from unwanted access or tampering.

WinRAR 5.0 brings a lot of changes. One of them is 256-bit AES encryption. Why did you choose to improve RAR’s security?

AES-128 is pretty secure as well, so there was no urgent need to switch from AES-128 to AES-256. But we decided to change the archive format for different reasons, such as better data recovery, larger compression dictionary, and better support of advanced file system features such as hard links and junctions. Also, some users did require an update to 256-bit for compliance with various security standards. WinRAR is very popular amongst governmental institutions, banks and medical companies throughout the world and we wanted to make sure our product will comply with current security standards.

‘WinRAR for Android’ is quite a popular search, and it’s rising. Are there plans for an official RAR compression utility for Android?

Yes, we are considering development of an Android version.

What’s your take on software piracy? Did it affect WinRAR’s growth in recent years?

Piracy affects everyone in the software business. Piracy of our product is clearly high and has most certainly impacted our growth throughout the years. However, this is a hurdle with which every software producer currently has to deal. Yet this problem does not hurt us as much as it may hurt others since we already have a very liberal way of allowing users to continue using our software after the trial-period is over. Many users actually believe our software is freeware and why would you bother about using a pirated and potentially harmful version if the original can be used instead?

In which countries is WinRAR more popular at the moment?

RAR is extremely popular throughout the globe. The largest markets, in terms of downloads alone, are the United States and the European Union. Yet we already have a massive user-base in all countries using non-latin character code. For over 15 years WinRAR has been available in around 50 languages including Russian, Chinese (simplified and traditional), Thai, Arab, Hebrew, etc. WinRAR has been the first choice for software to add to a computer system after installing Windows. So in Eastern Europe, Russia, North Africa, China and most of the rest of Asia, as well as in South and Middle America, we can proudly say that WinRAR is the most often used PC software after Microsoft Windows.

WinRAR’s design hasn’t changed much over the years. Why?

We’ve decided, in terms of interface, to give our users the familiarity they have come to expect over the years. Some aspects of the interface may be customized but the general appearance has remained the same – it’s not flashy but it certainly gets the job done. What’s going on behind the scenes, however, has changed substantially. Users are more than welcome to apply one of the themes available on our website to customize their user interface.

What would you say is the main advantage of using WinRAR against open source alternatives like 7zip?

On the technical side, WinRAR offers faster compression, faster decompression (especially for lower redundancy data), better resistance to archive damage such as archive truncation and recovery record. Beyond functional capability, we are simply a more trusted brand than the free alternatives. WinRAR has been on the market for the better part of twenty years and continues to be one of the most widely used PC titles in the world.

Is Eugene Roshal still working on RAR? If so, what’s his role?

Yes, as Software Architect and Developer.

Those are some of the changes you can expect with WinRAR version 5.0 Thanks to Burak Canboy for sitting down with us!

Original article by Fabrizio Ferri-Benedetti on Softonic ES. Adapted from the Spanish.