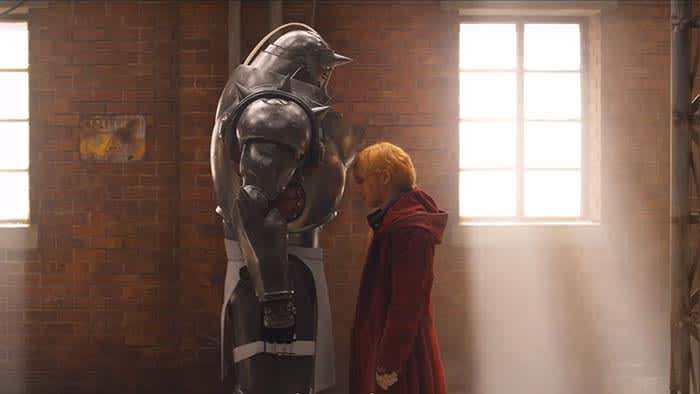 With a live-action “Cowboy Bebop” and “Akira” on the way, fans should be ecstatic for the new interpretations of these beloved stories. Unfortunately, our cries of joy are nothing compared to our cries of sorrow as we pray that the two projects just don’t suck.

Fans are keeping their hopes in check. “Akira” will have major changes to characters. For example, Kaneda is no longer in a bike gang, but a bar owner instead. John Cho was recently cast as Spike Spiegel, the lead role in “Cowboy Bebop.” Fans are worried because although he is a good actor, he is also nearly 50 and the role requires a lot of stunts and martial arts.

Live-action versions of animated shows and movies have mixed results. Sometimes we get a decent adaptation, and other times we get to see Goku become “Geeko” in one of the biggest film abominations ever created.

For this list, we decided to look at the live-action film adaptations of animated shows. We decided to cut some slack for movies aimed at little kids. For example, the target audience for movies like “The Smurfs” is too young to really care or even remember the originals.

Michael Bay has become a bit of a meme because of these movies.

There have been five main series movies, one spin-off, and more films planned in this increasingly disappointing franchise. The films have decent action at times, but the over-reliance on over-the-top explosions makes them stale.

Many fans agree that the first film has its flaws, but it is decent in the long-run. After the first one, the films go from decent to bad to unwatchable. “Transformers: Age of Extinction” was the closest we’ve come to walking out of the movie theater.

Are you the prey? No, we are the humiliated.

When news first hit that “Attack on Titan” was getting a live-action film, a lot of people were excited because the show was such a smash hit. The hype was very real. Initial posters and trailers showed pretty rough CG titans, but they were at least passable. There was even a car commercial that showed pretty intense action:

In the show, the scouts have individual personalities unique to their characters, making their fates all the more tragic. In the movie, nobody really sticks out as everyone just blends together. There are also several huge character omissions such as Annie and fan-favorite Levi.

In the show, scouts ride horses and fight using their swords. In the movie, they sometimes use swords, but they rely on guns and drive in cars. Cars!

We could go on and on about how awful this movie was, but we still have three more to get through. If you’re a fan of the show, 3D maneuver yourself away from this mess.

We really thought this one had a chance.

With the casting of Willem Dafoe as Ryuk, fans thought that Netflix’s live-action “Death Note,” might be worth the watch.

Although Dafoe did a decent job voicing Ryuk, the CG shinigami looked like something from a PS2 game. Sadly, the shoddy effects were far from the film’s biggest issues.

Light is done completely wrong. He isn’t cool and collected; he is brash and annoying. He cares more about making his girlfriend like him than he does becoming a god of the new world.

To see for yourself just how badly Light is portrayed, watch this video comparing him meeting Ryuk for the first time:

Most fans agree that the best character in “Death Note” is L. L is the Sherlock Holmes to Light’s Moriarty. He is quirky, unintentionally hilarious, and ridiculously cool. The movie casts LaKeith Stanfield who is incredible in movies like “Sorry to Bother You” and “Get Out,” but is just miscast here.

He comes off as an action hero trying too hard to be a nerd. The filmmakers would’ve been better off casting someone like Donald Glover who is more comfortable playing a quiet geek.

By the end of the film, we didn’t want more; we wanted Light to write our names in the notebook. 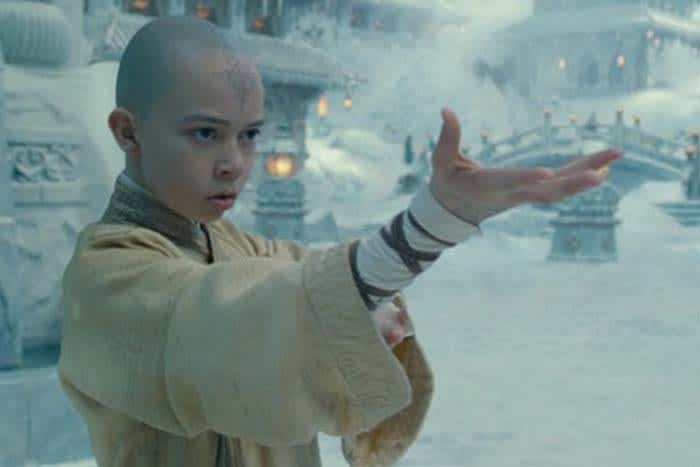 Long ago, the series lived in harmony in the hearts of fans everywhere. Then, everything changed when the Shyamalan attacked.

“Avatar: The Last Airbender” is regarded as one of the greatest animated shows to ever come out of the U.S. Tragically, its cast of memorable characters and timeless story are nowhere to be found in this film by M. Night Shyamalan.

The movie has downright weird casting decisions, shoddy acting, and action scenes about as exciting as Sunday School.

It’s too early to say whether or not the live-action series coming out on Netflix will be any good. The show will have the original creators Michael Dante DiMartino and Bryan Konietzko working on it, so that is a plus. The best piece of advice we can give them is to do the exact opposite of what Shyamalan did.

The thing that hurts most about this movie is what it could have been. An Avatar sage divided into several yearly installments could have been on par with the Harry Potter film franchise. What we instead got was a film that couldn’t hold water, let alone air, fire, or earth.

You could show this movie on an airplane and people would walk out on it.

“Dragonball Evolution” takes the beloved Dragon Ball characters and captures none of the magic from the franchise. Also, “Dragon Ball” is two words, not one. Get it right, movie!

Rather than being a warrior in constant training to defeat himself, Goku is a high schooler who just wants his crush to notice him. Rather than being an ape the size of a mountain, the Oozaru looks more like your friend in a cheap gorilla suit.

All of the movies on this list are bad, but “Dragonball Evolution” truly belongs in its own category of terrible.

How to Delete a Message in Microsoft Teams