It’s been a long time in coming but the beta version of XBMC 11 has now been released. Version 11 “Eden” adds lots of new features and improvements to the open source home theater software for both Mac and Windows.

The most notable changes are Addon Rollbacks and vast improvements to the default skin Confluence. 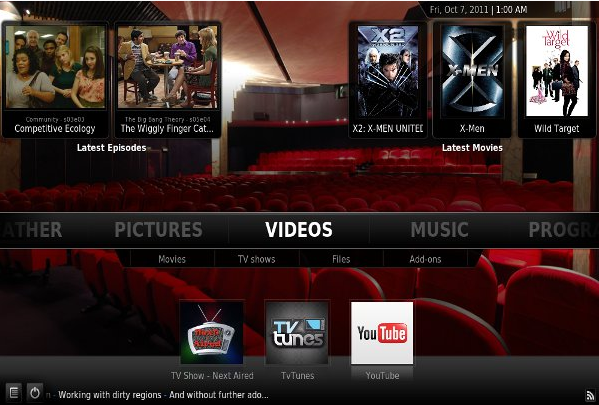 You can find details of all the new additions and changes to XBMC in the changelog.

Although not finished yet, there are also important changes in progress to XBMC Live to make it more like a full “*Buntu” version of XBMC with major changes to the boot and install process.