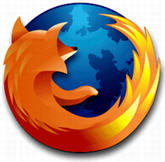 Recently I’ve been suffering from a severe memory and CPU hogging problem caused by Firefox 3. Initially, I thought it was being caused by the Gchat module in Gmail and although deactivating it helped, the problem still persisted. Even the removal of several add-ons did not seem to remedy the situation.

Issues of this kind in Firefox are almost always due to add-on conflicts. A while back, I was arguing that browsers are more important that operating systems due to the huge number of add-ons that you can customise them with to do everything from downloading to FTP transfers. However, add-on conflict is one area where this argument falls down and as browsers go through ever more upgrades, conflicts with old add-ons we’ve come to rely on is bound to become an increasingly important issue. Before you throw your arms up in the air and give up on Firefox though, here are 3 steps to help you solve problems quickly.

1. Create a new profile – This is probably the single easiest way to eliminiate problems you’ve been having with Firefox. It gives you a pristine new Firefox free of add-ons and anything else that may have tainted the operating of the browser. To create one close Firefox and select the “Run” dialogue in Windows Start Menu and type firefox -p. After that, simply select “Create New Profile”.

2. Selectively remove add-ons – If you’ve got more than a few add-ons installed then there’s a good chance that one of them is conflicting either with Firefox or with another add-on. Simply select “Tools” from Firefox’s menu bar and select “Add-ons” to see what you’ve got installed. You can either Disable or Uninstall extensions although it’s probably best to uninstall them completely. Remove them one by one until you’ve found out what’s been causing the problem.

3. Check mozillaZine for known issues – mozillaZine is a huge resource with several forums dedicated to helping Firefox users discuss and bugs, recent builds and add-on issues. It’s also useful for those that are suffering problems with other Mozilla products such as Thunderbird and Seamonkey.

If all else fails, then you can always roll back to Firefox 2 but don’t forget to completely uninstall Firefox 3 as you may end up with an even bigger conflict on your hands!