Battlefield 4’s Naval Strike expansion pack is now available to buy for all players. It was released exclusively for Battlefield Premium subscribers in March.

Naval Strike, as the name suggests, is a sea-combat focused pack with four new multiplayer maps in the South China Sea: Lost Island, Nansha Strike, Wave Breaker, and Operation Mortar. It’s the third of five planned DLC packs for Battlefield 4. The upcoming packs are Dragon’s Teeth and Final Stand. The last will introduce a ‘ballistic shield’ for soldiers, which will protect against bullets, as well as serving as a weapon at close range. 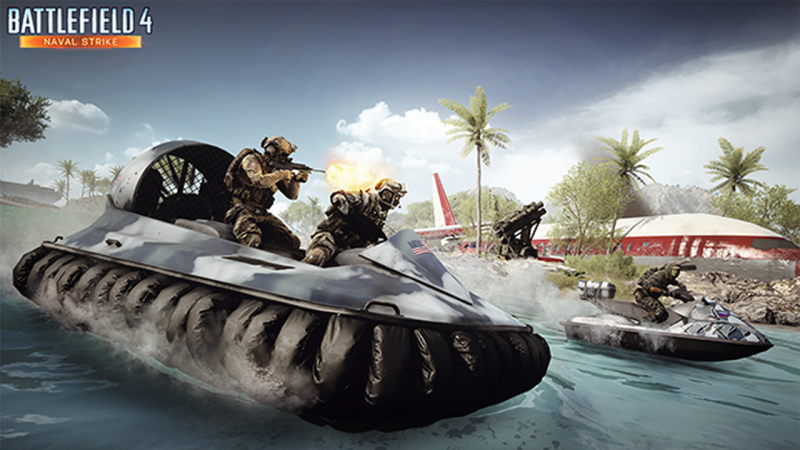 Battlefield 4 had a tumultuous launch in 2013, with server problems and bugs making the game almost unplayable. While many issues are fixed, players still report problems with lag and unexpected dropping out of matches.

It seems that EA has decided Battlefield will be an annual release, like Activision’s Call of Duty, so Battlefield 5 could come out before the holidays in 2014.