The planned launch of BBM for iOS and Android this weekend was thrown into disarray as technical issues caused by a leaked version forced BlackBerry to remove it from app stores.

BlackBerry Messenger for iOS was available for a few hours, but then removed so the company could solve their technical problems. iPhone users who downloaded the app can still use it. While it looks like another disaster for the troubled firm, the fact that 1.1 million users were using the leaked version shows that there is a lot of enthusiasm for the free messaging service. 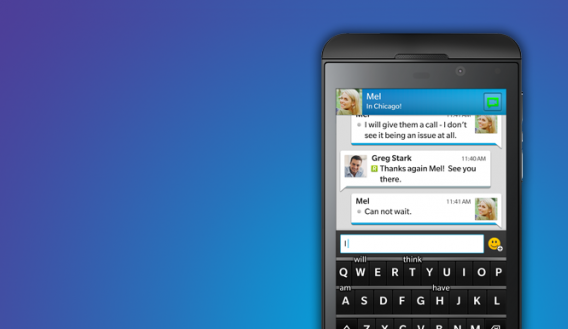 As we said last week, BlackBerry Messenger appears to me more secure than other free rivals like WhatsApp, as all messages on the service are encrypted. WhatsApp introduced encryption in 2012 for Android and iOS, but did not specify what it used, and did not include the encryption in the BlackBerry, Windows Phone or Symbian apps. With all the recent concern and controversy about government snooping, this gives BlackBerry an advantage.

Another point raised by this story is the state of Google’s Play Store. While BlackBerry are going to disable the leaked APK file that many Android users installed, as this image shows below, the Play Store is full of misleading and unofficial BBM apps posing as the real thing. 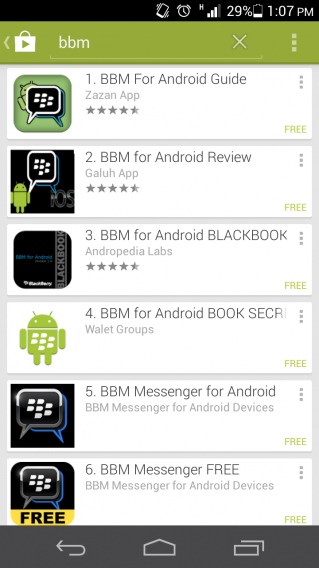 Twitter user Liron Segev shared this image to warn people to wait until they can get the app from the official BBM site. One of our users, Tony, commented over the weekend that,

‘Google really needs to get their act together. Fake malware apps on their site is not a good way to show their android users it is safe to download from their store.’

We will update as soon as the iOS and Android versions of BBM are released again. You can sign up for an email alert when it’s launched directly from BlackBerry, at BBM.com.