These days, more and more people are falling in love online. Social media, dating apps and messaging services make it easier than ever to find a partner, and even if there’s distance between you, nothing can stand in the way of true love. 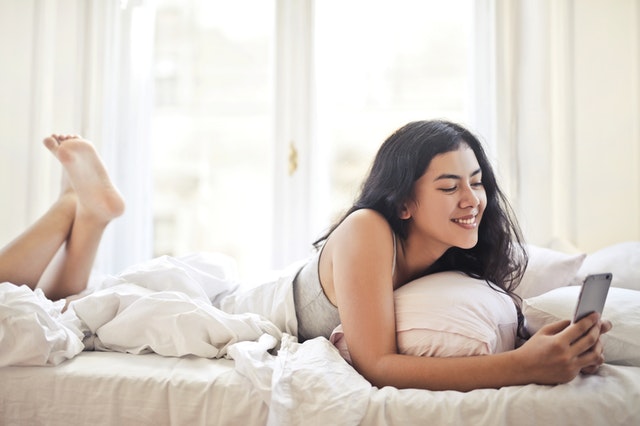 At some point of your life, you’ve probably felt attracted to some stranger you met online. And why wouldn’t you be…? He or she is charming and has incredible photos, and you have so much in common! However, when you fall in love online, it’s important to always tread carefully, because when you’re fishing in a sea of data, you just might catch something known as a “catfish.”

Do you have an online boyfriend/girlfriend whom you’ve never met face-to-face? Do you find it strange how neither their phone nor computer has a camera, so you can’t have video chats with them? Ever wondered why your online partner always gets into a car accident every time you try to meet up in person? Be careful, because the person behind those sweet texts may not be who they say they are.

Can you really fall in love with an app?

In today’s article, we’re going to talk about what a catfish is (and no, we’re not talking about the whiskered, bottom-dwelling marine fish), how to sniff out these imposters, and what to do if you’re the victim of one. We hope you find it helpful!

What is a catfish? 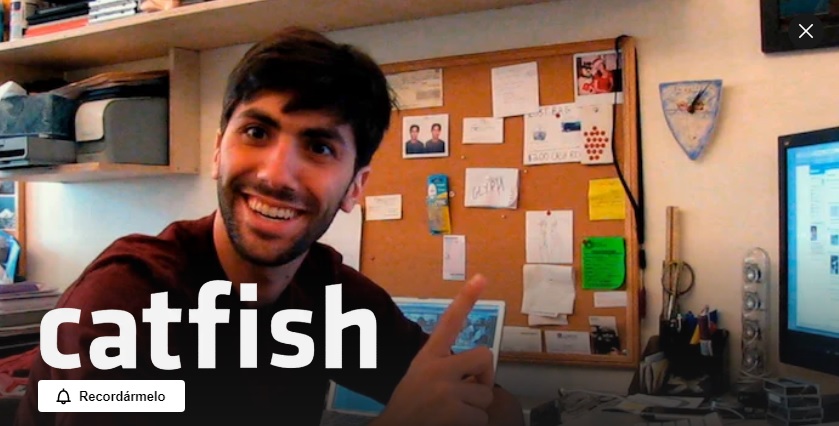 The term catfish was coined in the 2010 documentary Catfish, which showed the director’s brother on an epic journey to meet his Facebook girlfriend in person. However, when the young man visited her farm, he found a married woman with children, and her name, life and physical appearance were nothing like those of the girl he thought he knew.

Since that documentary was released, anyone who uses a fake identity on social media with the goal of finding a virtual partner or getting some other benefit from their victim has been known as a “catfish.”

Curiously, the rise in long-distance relationships and the popularity of this documentary was the inspiration for Catfish: The TV Show. In it, Nev Schulman (the same young man who was duped) helps other people in similar situations to meet their online boyfriends and girlfriends face-to-face. If you have the chance to watch the show, you’ll find out that being deceived online is a far more common experience than one might expect.

How to detect imposters on social media

If you’re reading this article, it’s likely there is someone important in your life whom you met online but have yet to meet in person. Whether it’s through striking up a simple conversation on Facebook, “liking”an Instagram photo, or getting a match on Tinder, these days it’s easy to start talking to strangers. But… are you sure the person you’re talking to is who they say they are? Below are some tips to determine whether you are a victim of catfishing.

Let’s imagine that for the past year or so, you’ve been dating  Rogelia, an incredibly hot girl who bears a striking resemblance to Kim Kardashian. Unfortunately, Rogelia lives in Monkey’s Eyebrow, Kentucky (America’s famous goose-hunting capital!), so you’ve only seen each other in photos. While you’ve spoken on the phone for hours with Rogelia (with you footing the bill, like a perfect gentleman), you’ve never had a video call because she doesn’t have a camera. Should you be worried? Yes, definitely.

Your partner not answering or wanting video calls is one of the first signs that something’s wrong. While years ago, it was typical for computers and cell phones to be sold without cameras, today they’re a standard feature on any device, regardless of the price.

Rogelia’s Facebook page has quite a few amazing photos of your girlfriend in a ball gown and pictures from when she was invited to a film awards ceremony. She’s beautiful! She’s even in a photo with her cousin who bears an uncanny resemblance to Kanye West. Life is so strange! The photos she has sent you are great too: she’s posing in all of them with her family at her mansions in Kentucky. Should you put on your Sherlock Holmes cap and research them thoroughly? Absolutely!

A catfish’s classic modus operandi is to create a fake account on social media and live a parallel life on it. To do so, they steal photos from other accounts and periodically post them to stay active and not invite suspicion from their online friends.

If your partner has sent you photos or posted them on social media, do a reverse Google Image search with them. First, save the photo in question on your computer, then open Google Images (click here) and drag the photo to the central box. Google will scour the internet for that same image and show you the websites where it appears. If you find results under a different name or account, you’re probably being deceived.

Ask for a dedicated photo

You’ve asked Rogelia for a personal photo several times. You’re not asking for much, but her holding up a paper that says “I love you, Luis Alfredo” in front of the camera would make you feel like the luckiest man alive. Since your girl’s so stylish, she’s decided to do something far wilder and even more personal: send you a photo of herself balancing a glass of champagne on her butt… That Rogelia… she’s so naughty!

If your online partner refuses to take a dedicated photo, such as one where they hold up a sign that says they love you, something’s not quite right. Keep in mind that catfish rely solely on photos they steal from other users on social media, so they can never take the photo you’re asking for. That said, you should only ask for normal photos, nothing compromising, otherwise it’s understandable if they don’t want to take it.

Check out their list of friends on social media 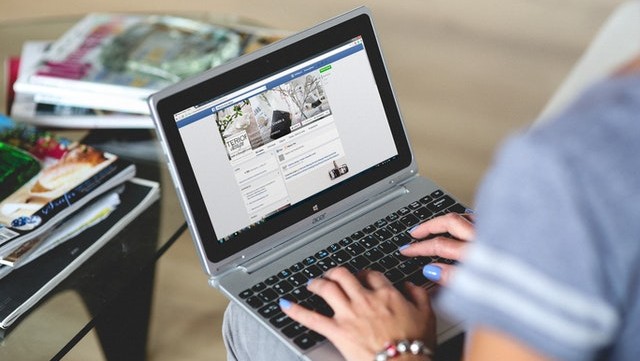 How could it be otherwise? Rogelia is extremely popular on social media. Especially with the male audience! Not surprisingly, she works on a popular alpaca farm in her county. The fact that her contacts are all men isn’t at all suspicious… or is it?

A catfish will have a fairly long list of friends on social media, but it will never include any friends they know in person or family members. Take a look at their contacts and see if their parents, siblings or childhood friends appear. Also take the opportunity to look at the comments and see if there is anything other than “you’re so hot” and people praising her “nice rack.”

They ask you for a loan

The alpaca farm isn’t earning enough to cover the mortgages on Rogelia’s luxury homes. Also, her cousin’s nephew, little Timmy, has just fallen ill and can barely move without his crutches. In order to walk again, he needs a very expensive procedure he can only undergo at Dr. Scrooge’s prestigious clinic. As you’re a good uncle and an excellent boyfriend, every month you send half of your paycheck to Rogelia. Anything for love!

While there are catfish who are only looking to live their dream lives through a person who is exactly how they’d like to be in real life, there are others who seek to scam their victims. Asking for money is a very common practice, so if your online partner is constantly asking you for a loan, he or she is probably a catfish.

Mention going to meet them

You’ve plucked up your courage and told her you want to travel to America’s goose-hunting capital to see her! Fortunately, Rogelia was thrilled to hear this. Unfortunately, that same afternoon, while visiting little Timmy at Dr. Scrooge’s clinic, Rogelia received the sad news that he is suffering from Bowser Subzero syndrome. This illness is incompatible with visits from cyber-boyfriends. What bad luck! She was so excited to meet you…

If you have a steady online boyfriend or girlfriend, sooner or later, you’ll want to meet him or her face-to-face. It’s normal for your partner to be nervous at first due to the classic fear of not meeting expectations. What is not normal is for them to not want to meet you under any circumstances, or to use strange excuses to avoid the meeting… unless they’re a catfish.

Surprise them with a visit

Bowser Subzero syndrome doesn’t scare you, so you decide to put on your Carmen Sandiego costume (sooner or later, you knew it would come in handy) and embark on an adventure:  following Rogelia around the world. Once you arrive at Monkey’s Eyebrows airport, you surprise her with a message saying that you are just minutes away from her alpaca farm. However, you are stunned when a nice old man who lives at her address tells you that little Timmy has gotten worse and, to cheer him up, Rogelia has taken him to Moscow to capture a legendary Pokémon on Pokémon Go. You won’t be able to meet her!

Without a doubt, this is the litmus test to know whether you are a victim of catfishing. If you show up by surprise at the home of your supposed love and another person answers the door, you’ll have cornered your catfish. It is also likely that if, instead of introducing yourself, you call your partner to tell her that you’ll see her in five minutes, she flat-out refuses to see you and ends up confessing that everything is a farce.

What to do if you’re a victim of catfishing 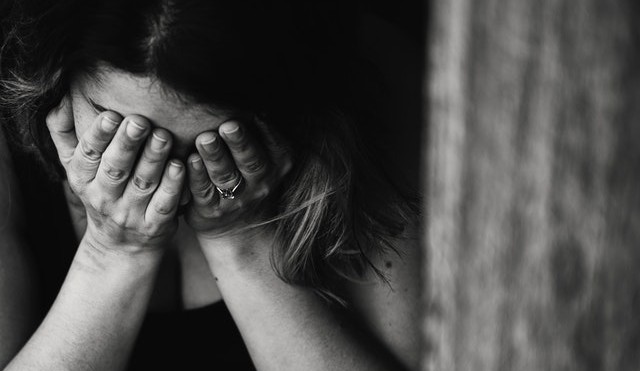 Unfortunately, there isn’t much you can do if the relationship in which you have invested so much time and money turns out to be a sham. Currently the law does not offer any solution in these cases, although we have a few tips to help your heart to heal quicker.

First of all, we recommend talking to the person who has been lying to you and asking them to explain themselves as well as their reasons for the deceit. If the person has only lied to you about their physical appearance and you fell in love with them, your relationship does not have to end. Simply ask him or her to be completely honest with you from now on.

If you have come across a repeat offender in the world of catfishing, report his or her fake profiles on social media. Make sure this person is completely banned from using Facebook, Instagram or the platform where you met him or her ever again, and prevent other unsuspecting people from experiencing same disappointment as you.

Finally, we recommend taking some time to heal and not viewing this experience as negative, but as a valuable learning experience. Don’t feel guilty because you acted honestly and from your heart. Going forward, make sure not to be so trusting of everyone you meet on social media. Always be cautious with any stranger until you’re at least sure that the person you’re talking to is who they say they are.

We hope this article has taught you something about catfishing and how to avoid being a victim of these online scams. Have you ever had an online partner turn out to be completely different when you met in person? Tell us about your experience in the comments section!