googleGoogle Chrome is the leader of the browser market for many reasons, and one of them is inarguably the number of extensions it offers. As anyone familiar with the wonders of Google’s program will know, the Chrome Web Store is outstanding when it comes to extensions. The only drawback is that there are too many to choose from!

So today, Softonic is going to save you lots of time. Here’s our list of the coolest Chrome extensions. 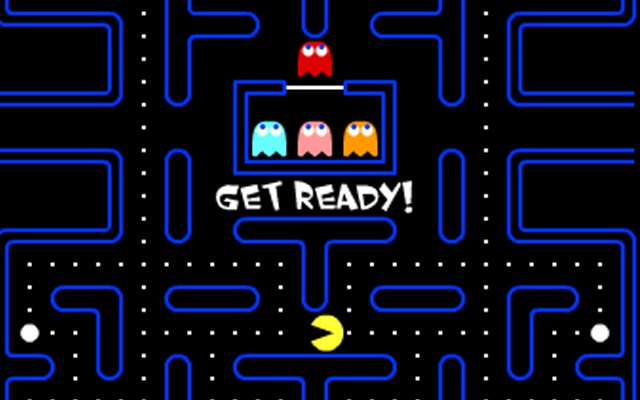 The name says it all, doesn’t it? Our first pick is Classic Games, which offers exactly that: classic video games. It contains a wide range of historic, retro arcade games. For example, you can play the legendary Pac-Man, Tetris, Street Fighter 2, Quake, King of Fighters, Mahjong, and much more on Chrome. Enjoy them all for free, just a few clicks away on your browser. That said, this extension can sometimes crash, so be patient.

Vikings have captured our collective imaginations in a big way. Just as the Romans were all the rage 15 years ago, bringing us endless movies and series, now, thanks to the show Vikings, they’re the “stars” of many products. Vikings: War of Clans is a fun game of strategy for your Google Chrome browser. The best thing: a whopping 40,000+ players have installed it on their toolbar, which says a lot. 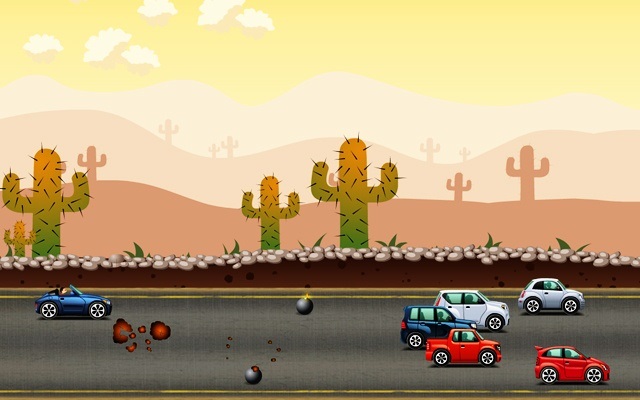 Classic arcade games, a Vikings game… and now, how about some driving? Like Nicolas Cage in Gone in Sixty Seconds (what a movie!), with Death Racing, you can enjoy crazy car chases from your Google Chrome browser. The developers have created a simple, straightforward game inspired by films like The Fast and the Furious. The best thing about this game is that it’s incredibly addictive, so you’ll get hooked in a matter of seconds. But be careful not to play it at work, because it’s pretty scandalous and not at all quiet. 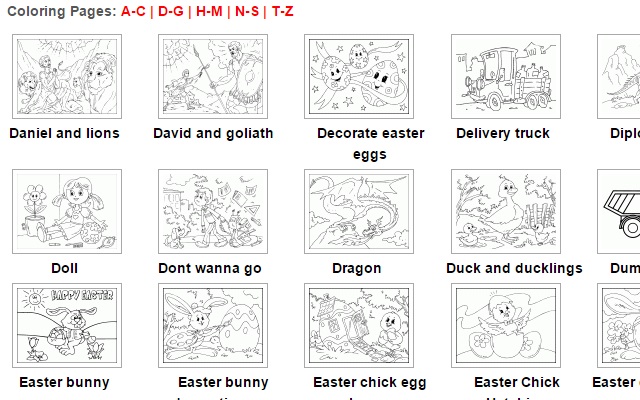 Here’s another extension whose name leaves little room for doubt. “Coloring pages” is exactly that: an extensive collection of black-and-white pages you have to bring to life with color. The illustrations are typical of children’s coloring books, so as you can imagine, this extension is targeted towards that crowd. It includes basic painting and erasing tools, so just add the extension to keep your little rascals busy. Just make sure they don’t visit any other sites in the meantime! 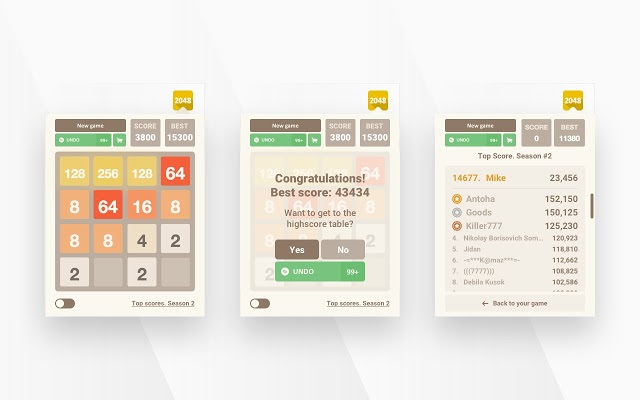 You’re probably familiar with this game, but if not, be patient and calm: you might feel like taking a sledgehammer to your keyboard and mouse, and the point is to have fun, not to get frustrated! 2048, a video game by Italian developer Gabriele Cirulli, has had great success all over the world. The objective is simple: different numbers appear on the display, and you have to add them until the multiplied combination of the boxes equals 2048. It may seem easy, but it’s actually pretty hard. You’ll see it!

The name sounds a bit bizarre, but Word Search Puzzle is really just a version of the famous game of Alphabet Soup, and one you can play from a Google Chrome extension. How cool is that? The tool works pretty well, and you’ll get the hang of it after a few tries. All you have to do is find words as quickly as possible. 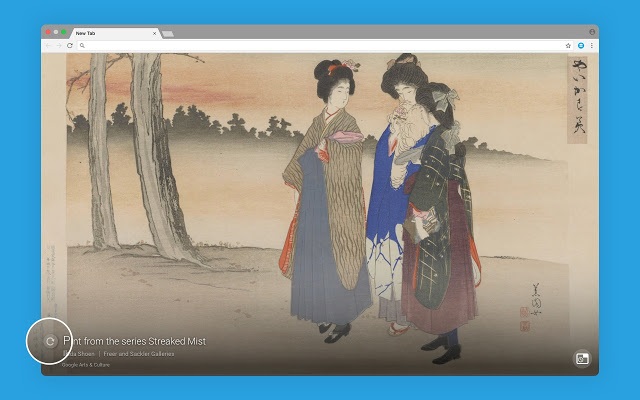 Next on our list is an application developed by Google itself, so it’s one of the best Chrome extensions out there. Known as Google Arts & Culture, this tool lets you tour the greatest works of art and culture that humanity has ever created. True masterpieces ranging from Van Gogh to Monet and other renowned artists. The point is, you have all the world’s art in the palm of your hand. Or better said, at the click of your mouse. 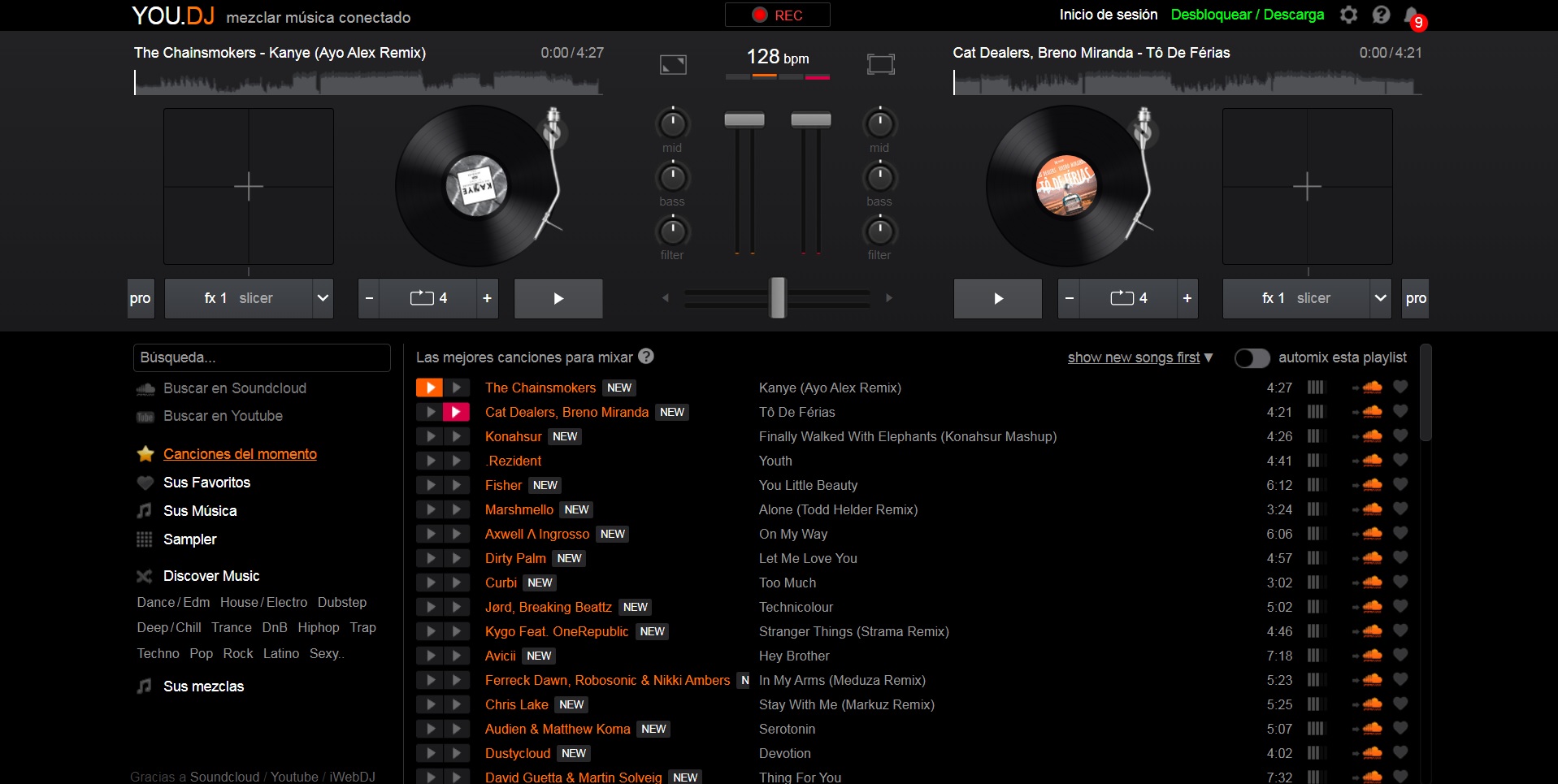 Ever been fascinated by the world of DJs? If the answer is yes, You.dj is a fantastic tool to get your start on a turntable. Although there are dozens of websites to emulate DJs, this is the most famous one thanks to its extensive catalog of songs and excellent recreation of the turntable. We must say it’s a bit hard to use at first, but with a few hours’ practice, you’ll be fast (but to be perfect, you need a lot of experience). 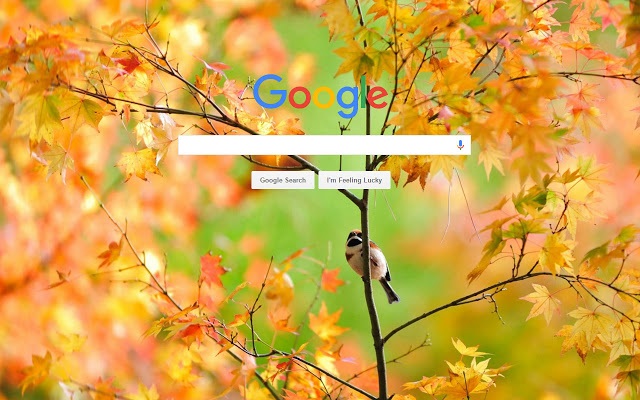 There are many apps that keep all of their promises, literally. And Backgrounds Every Day is one of them. This extension is a tool that will decorate your Google Chrome homepage with a new wallpaper every day. Feel like seeing cats one day? Well, it has them. What about a sports car driving through a stunning landscape? Well, that’s available too. All of these popular images are provided by this extension, which does exactly what it promises to do. And that’s pretty neat. 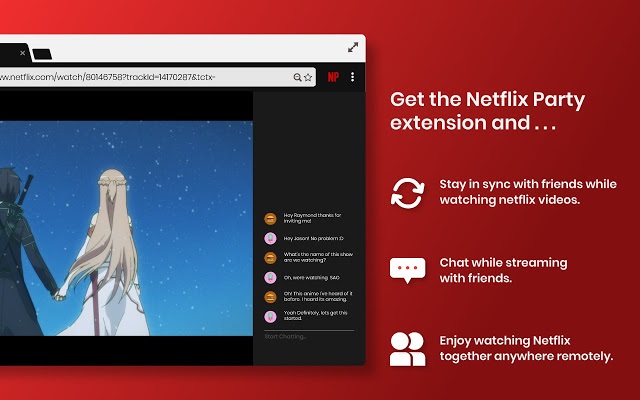 It’s one of the apps we’ve mentioned the most at Softonic, and it’s still one of Google’s best: Netflix Party. How many times have you wanted to watch a movie or TV series with that special someone, but he or she is far away? Well, Netflix Party makes it possible for two people to watch a movie at the same time on their respective PCs. What it does is synchronize the video playback of both profiles and add a group chat so you can comment on everything, similar to a live stream. It may seem otherwise, but it’s one of those very useful extensions.

All the best Netflix tips and tricks 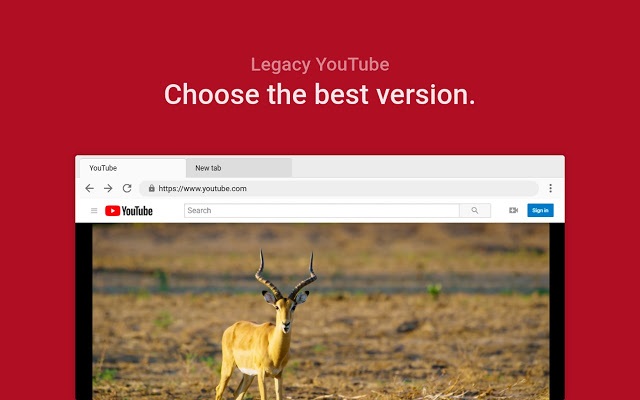 Now that we’re in the audiovisual world, we can’t overlook Improve YouTube. This Chrome extension does an incredible job of enhancing the characteristics of Google’s famous streaming platform. You can resize all the uploaded videos, hide distracting elements around the clips, find the best codecs to improve quality, modify the playback speed more than usual, activate the dark theme, subtitles always on, auto pause, etc. It’s an incredible Google Chrome extension. 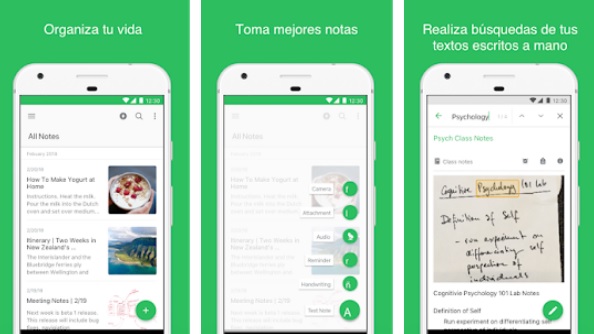 We’re not sure if this application is as fun as the others we’ve recommended, but it’s certainly not boring. Evernote Web Clipper can make all your electronic devices work in unison. Let us explain. Imagine you’re looking at a website and want to view it later on your iPhone or Android smartphone, but don’t feel like searching for it again on your phone. Well, with Evernote, you can just click on the extension and add the URL. It will appear on your mobile device as long as you’ve installed Evernote Web Clipper there too. All in real time. It’s that simple! 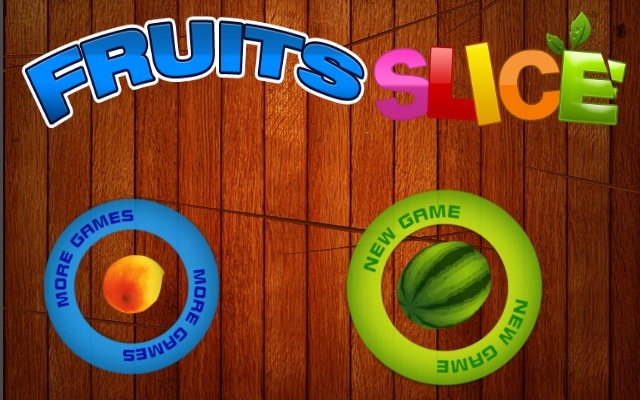 One of the most popular games at Google Play Store is also available for Google Chrome. Called Fruits Slice, it has an easy premise: fruit falls from the “sky,” and you have to slice it like a ninja or samurai. In fact, you’ll use swords, katanas and other famous cutting tools. The more fruit you slice, the higher your score. It’s a lot of fun, and it has been praised by players all over the world. Its reputation precedes it. 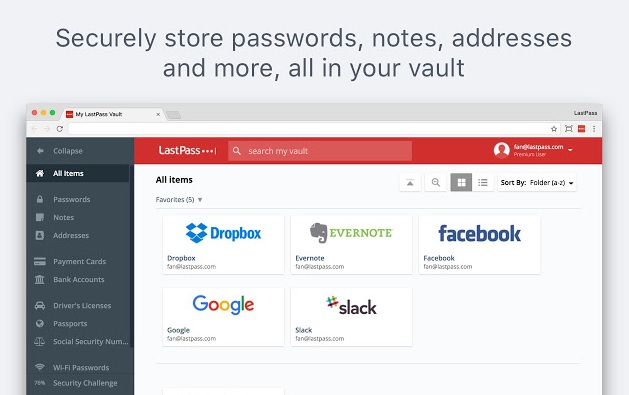 Like Evernote, we’re not sure if Lastpass is fun, but it’s certainly useful and will save you lots of time. After all, with this extension, all your passwords will be stored in a sort of vault. You might be wondering, is it secure? The answer is obviously yes. All your passwords appear as encrypted and it’s not possible to view them, so everything is saved. It’s one of the securest extensions in the catalog, with thousands of positive reviews. You won’t be disappointed.

Now we’ll jump back to very fun video games: Battle Tabs is inspired by the legendary game of Battleship. It takes the same approach. Each team takes turns, and there are fleets of ships on a grid that you have to sink. Every time it’s your turn, you have to mark a box to bomb. If you guess right, the ship is hit. When all the targets of the ship have been hit, it sinks. 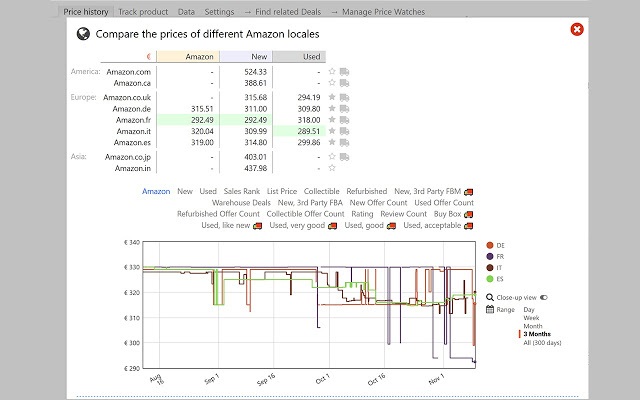 If you’re a frequent Amazon shopper, you’re going to love Keepa. This extension tracks all the website’s prices at every moment and notifies you when one increases, drops, stays the same, is discounted, etc. It’s capable of incredible things! We promise you’ll spend a lot of time exploring Amazon’s catalog of discounted products, to the point where it becomes fun. Also, you can program different tasks to keep track of a specific item. 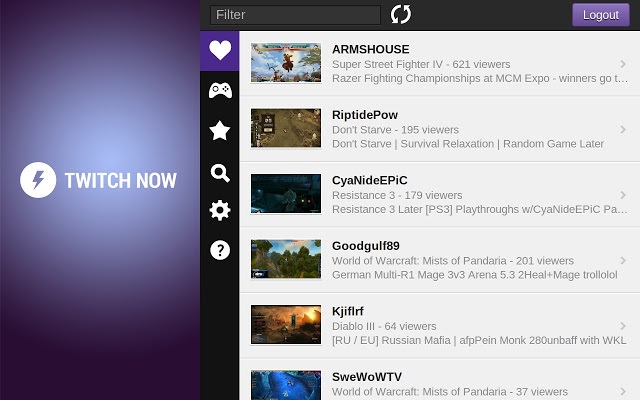 In the same league as YouTube, Twitch has become the biggest streaming platform around. In fact, its Google search ranking keeps climbing. How has it managed that? Well, by attracting the whole gaming community to its site, where there are tens of thousands of streams every day. And yes, there’s something for everyone. Precisely because of that, Twitch Now is the perfect extension, because it expands upon the platform to offer more exhaustive content. Because after all, one of the drawbacks of Twitch is that its search engine isn’t that great. This is how you can fix it. 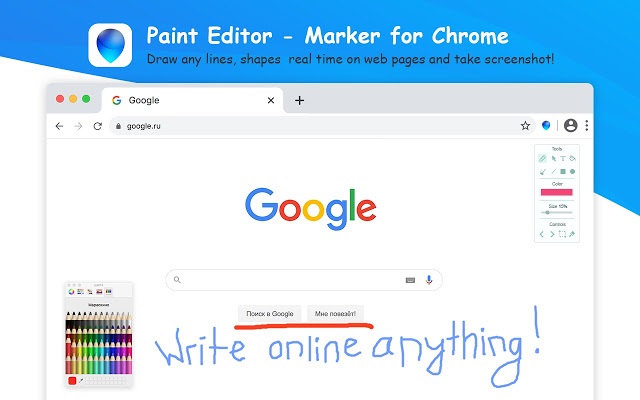 Imagine drawing on Softonic’s website. Imagine drawing over this text. Is that even possible?! With the Paint Editor extension, it is: you can virtually draw on any website. Obviously, the changes are not saved, but this extension gives free rein to your creativity. Enable it, grab your tools, and start drawing. It’s that simple! When you close the tab, mind you, it will all disappear. 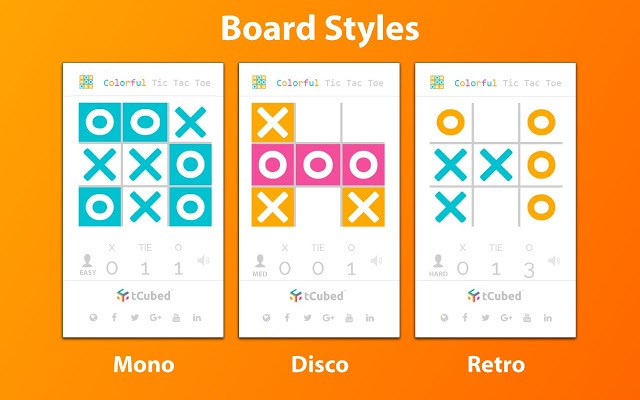 Does Tic-tac-toe need any explanation? It might be one of the most legendary games that mankind has ever played. This is because you only need a piece of paper and a pen. One player draws “X”s and the other one “O”s. The first player to place three of their marks in a row is the winner. This extension comes with two different game modes and multiple levels of difficulty. Because if you’re tired of always winning, the only thing you can do is move up a level.

And those are our top 19 coolest Chrome extensions if you’re looking to have a good time. Which one is your favorite?