How to make sure your cat uses the litter box

According to this 2018 survey, cats have risen up in the ranks as the second-most popular pet in the United States (number one being the freshwater fish). High among the list of reasons to own a cat is how easy it is to take care of one. We love dogs to pieces for a ton of reasons, and the reasons are vastly different from why we love cats: They’re known for their low maintenance and proud independence. 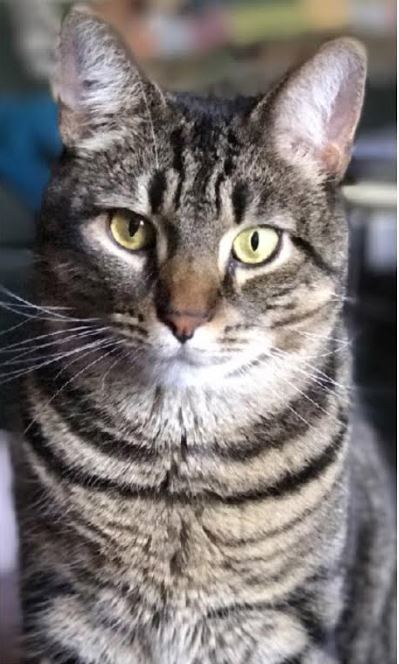 While it’s true there aren’t too many issues to worry about once a cat is settled into a new home, litter training is a pretty big one. Most of the time, a kitten will learn to use the litter box from her mother, but there are instances where this either is not the case, or where certain living conditions or habits change that might result in your cat no longer using their box.

Cats communicate with humans whether we can understand them or not, be it a head bump, a blink of the eyes, a swish of the tail, or a long stare. Refusing to use the litter box is the same thing, it’s just especially unpleasant. When a cat does this, the first thing to remember is that it is not malicious – it was not done to anger you or to “get revenge” from something you did.

We think that way. Cats don’t.

When a cat doesn’t use the litter box it’s almost certainly because they are trying to tell you something. Keep that in mind as we rattle off our five solutions (in no particular order).

How to make sure your cat uses the litter box 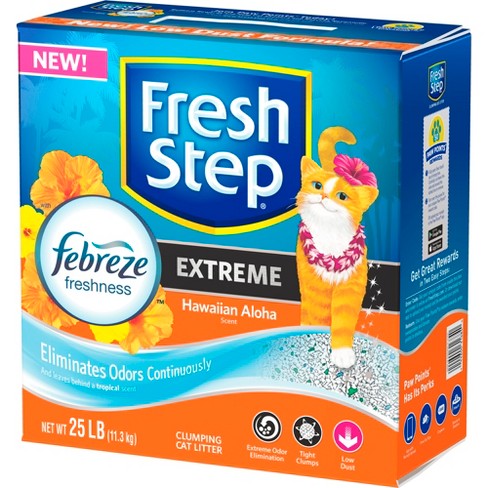 This step should be your immediate go-to if you have a new kitten, or if you’ve purchased and are using a litter with which your cat is unfamiliar. There’s a reason there are so many brands of litter: you’re not just looking for one that suits you, but one that suits your cat. There are some cats who won’t care about the difference should you switch brands, but there are some who will. It’s a matter of texture, scent, and mostly familiarity. If it doesn’t smell or feel right, they may not use it. 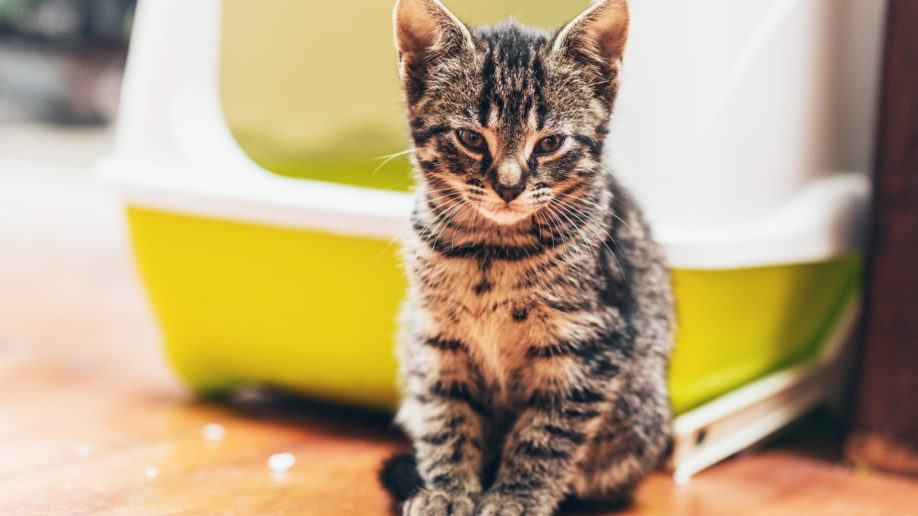 Odds are, if you’ve been using the same litter since you first got the cat, this doesn’t need to change. While cats are often fascinated by new objects and places (unless they’re too scary!), with rudimentary facets of their lives like food, sleep, or people, a cat prefers consistency and repetition. Bottom line: if you change litter brands and your cat stops using her litter box, it’s likely because she doesn’t like the new litter.

2. Make sure she knows this is HER litter box 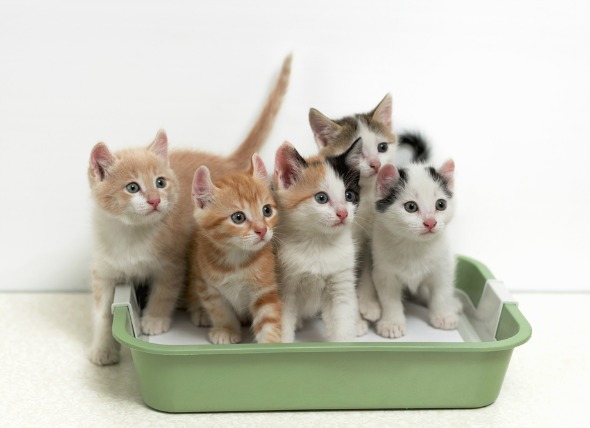 This is probably the most important point on our list. Just like you need to keep your litter brand and box recognizable, your cat needs to feel a sense of familiarity and ownership in a variety of ways. If you have more than one cat living under one roof, this becomes even more crucial. Laws of the jungle dictate there has to be an alpha in the pack, a Top Cat of the bunch. If you observe your cats regularly it should be pretty apparent who that cat is (hint: It’s probably the one that’s bigger or older). 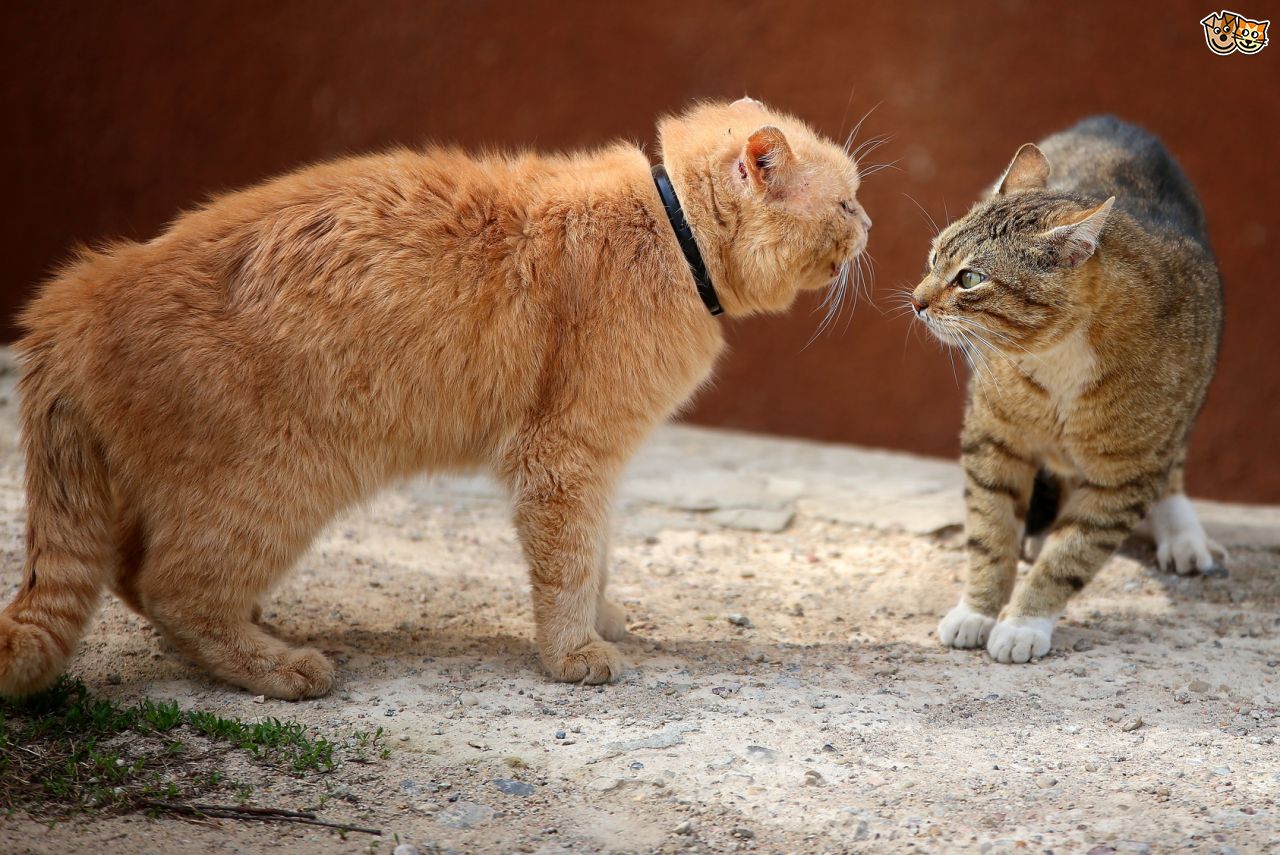 When cats rub against objects or people it’s to mark territory. Every cat should own at least one scratching post for this exact reason. If you’ve ever wondered why your cat insists on tearing up your couch, for example, it’s because it likely carries foreign scents from outdoors, other guests, shoes, or bags. By scratching it, your cat is replacing the foreign scent with one that she’s familiar with. 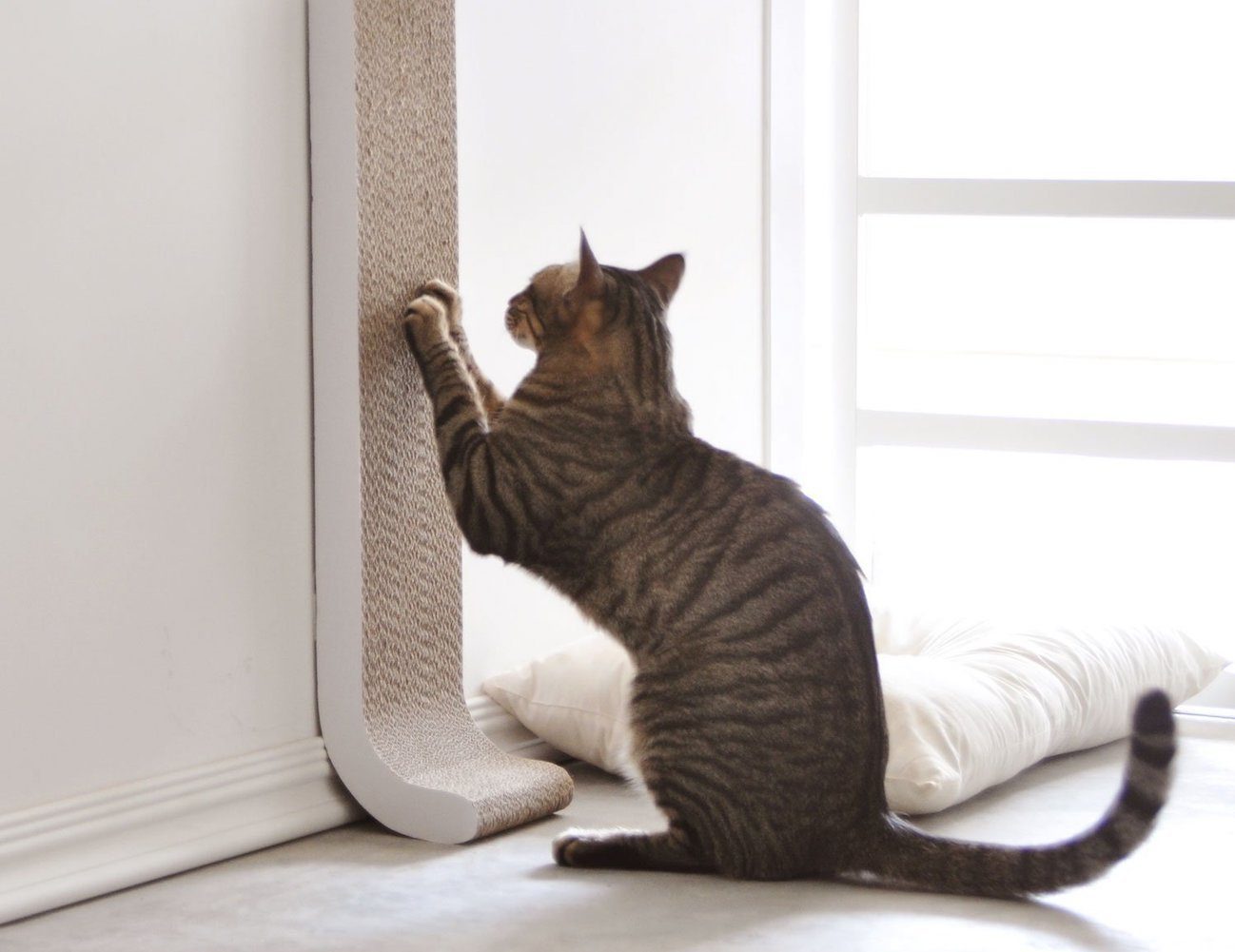 You may not witness it firsthand, but if your dominant cat has claimed all the litter boxes (by urinating or spraying), your other cat won’t feel she has any other place to go! Clean both your litter boxes and keep them (and maybe even your cats) separated until each cat has used a different box.

One of the best ways to encourage your cat to use the litter box is to make sure it smells specifically like her. The next time your cat urinates where she’s not supposed to, clean it up and deposit the soiled paper in her litter box. This way, you’re showing her that “this is where that belongs” and are more importantly making the box smell like her. Ideally, next time she has to urinate she’ll walk past the box, recognize her scent, and “re-use” it. 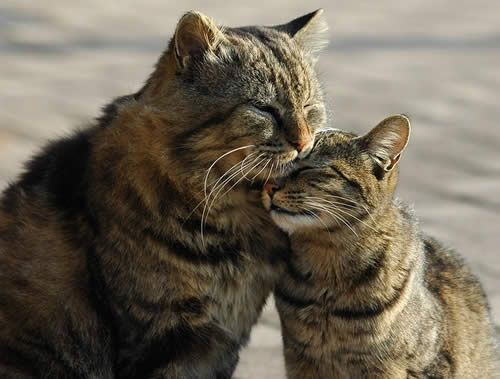 This method is especially likely to make a difference if, again, you have more than one cat. While it encourages your cat to use the box since it smells like her, it’s also deterring your Top Cat from claiming it; it’s already been claimed by someone else. In essence, you’re using the cats’ own scents to segregate who uses which box. It’ll make for a far less stressful environment for each of them.

4. Put the box where accidents happen

If your cat stops using the litter box in favor of another spot, odds are they will continue to use that same spot whenever they refuse to use the litter box. Logic took them their once; it’ll take them there again. Besides, like our last point explained, if a place smells like them, they’ll be more prone to re-use it. Your cat is telling you that “this is the place where I’m gonna go.” 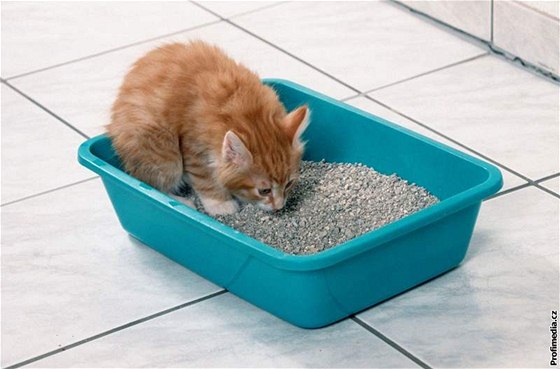 If that’s the place she chooses to pee, then that’s where the box needs to move! Clean the box, make sure it smells like her, then move it to where she had her last accident. The triple-whammy should be enough to send the message: You’re putting the box “where she asked.” If you really don’t want the litter box to be in the spot she chose, then try slowly inching it back to where it was originally. If it’s done steadily enough, she should be okay with it.

Never try to punish a cat. It won’t work and it’s just mean. Furthermore, a cat won’t learn in the same way that a dog or a child might. Squirt a cat for misbehaving and she’ll just think you’re being awful for no reason. Instead, she’ll need to be taught in a different way: 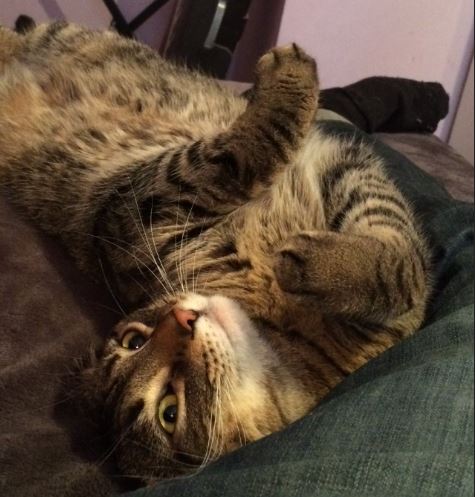 Lastly, reward your cat when she behaves well. That doesn’t just mean slipping her a treat – even just positive reinforcement like petting, brushing, or praising her. It will go further than you think, and will help to solidify the positive relationship you have with your fuzzy friend. More gets conveyed than you might think, as cats are experts at reading body language and tone of voice. If you come across as angry and short-tempered, that’s how she’s going to see you. If you come across as assuaging and nurturing, then she’ll be less stressed which means fewer accidents and a happier home.

How to find the best restaurant wherever you are ►

Are meal planning apps the best way to plan meals? ►

How to get the most out of your spice rack ►