Hacking Team’s software is called Remote Control Systems (RCS), and avoids encryption by ‘an agent directly installed on the device’, which could mean you need physical access to a device to begin monitoring it, although this is not made clear by the company. RCS collects data stealthily, and encrypts the data that is then sent to its server. According to Hacking Team, RCS is invisible to the mobile user, evades antivirus suites and doesn’t affect device performance or battery life. 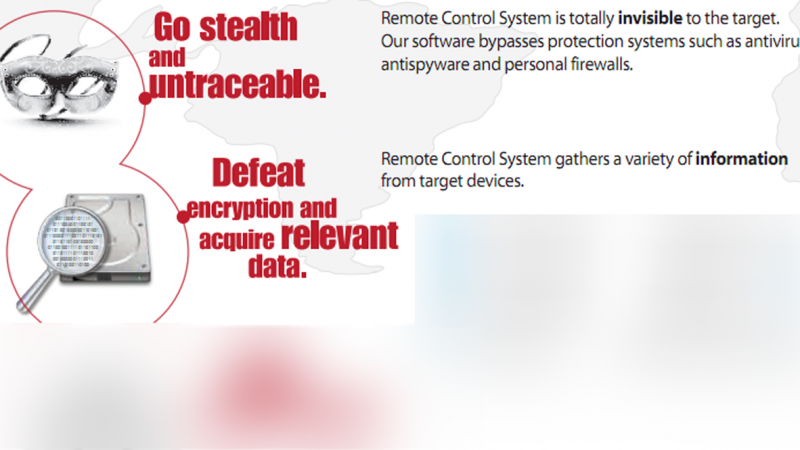 The company says it used a ‘zero day vulnerability’ on Windows Phone, which allowed their third party app to run as if it was a trusted app. This then allowed them access to all the data kept on the phone, like photos, contacts and emails. The development of this type of software isn’t going to be good news for anyone worried about the privacy implications of the NSA scandals.

Find out (a little) more about Hacking Team here.