Kim Dotcom‘s Megaupload successor, Mega, is live, so we now know how it works. It’s a cloud storage system, with a free account that gives you 50GB of space. Your files are encrypted, but you can still share them with other people.

It’s a radically different site to Megaupload, and aims to put copyright responsibility in the hands of you, the user.

Is Mega good enough to take users from Google Drive or Dropbox? Let’s find out!

Encryption: only you know what you store

The important factor about files on Mega is that they are encrypted using 2048-bit RSA encryption. This means only you, in theory, know what you are storing in your free 50GB of Mega space. You can create links to your files, as before, but to use them you’ll need your encryption key. Mega say you should only ever share these keys through secure channels – and email is not secure enough. If you want to share something publicly, there is nothing to stop you sharing the key publicly too, but Mega is hoping there’s a legal distinction.

Megaupload was accused of being complicit in piracy, as it was widely used to share pirated material. Kim Dotcom and colleagues are accused of knowing what Megaupload was being use for, and not doing enough to stop it. Kim Dotcom denies this, and the new Mega looks to avoid any blame being pointed at the company for piracy.

You can share links to your files in two ways. One will require a key when clicked, and the other actually includes the key in the URL. 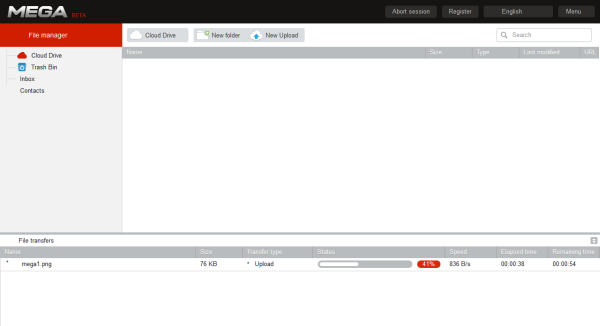 Mega looks clean and simple. It’s really different to the old Megaupload, with an easy to understand interface that matches Drive or Dropbox for usability. You can drag and drop to upload files, and currently the only problem I’ve found with the web interface is that you can’t navigate around the site while uploading a file. Getting started is really simple though – and you are only required to enter your desired password and email address once, which is great!

Mega is great when it comes to keeping your files securely, but they will hold information about all of their users, including what you use to register, and the IP addresses used to access the service. According to their Terms of Service, Mega will cooperate with authorities and laws regarding their users, so it’s not an anonymous service. 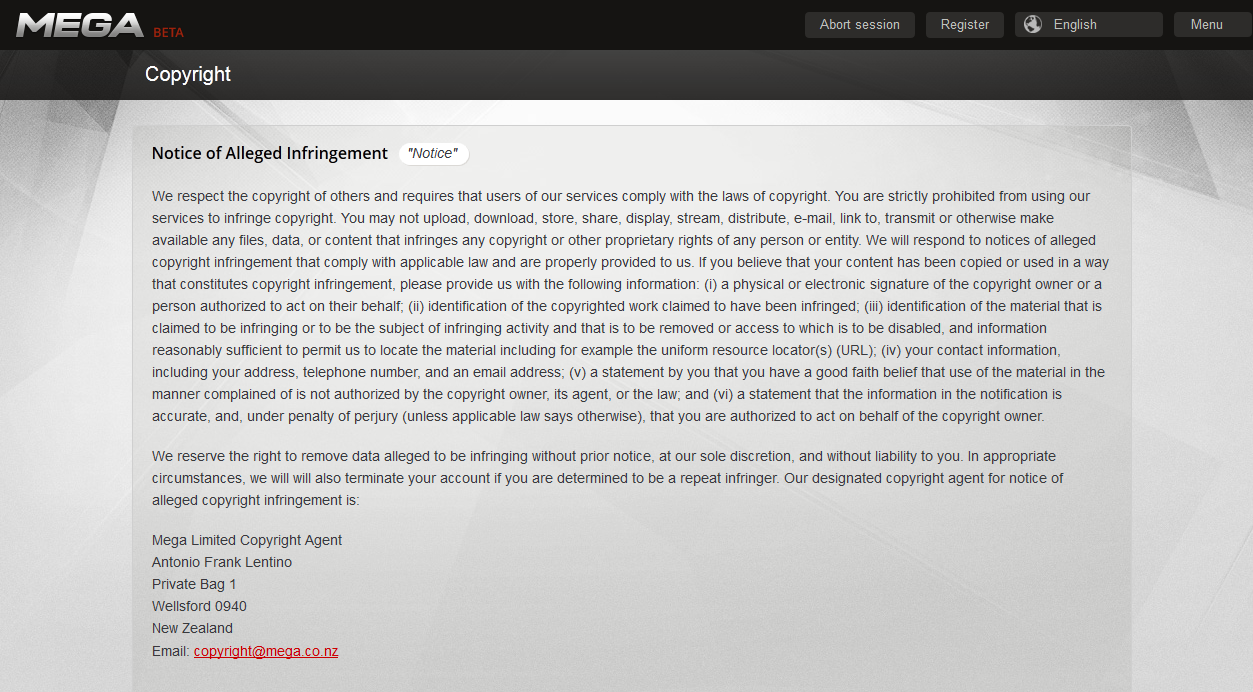 The encryption gives you a level of security with your files a notch above other cloud storage services. Dropbox and Google Drive offer similar functions without encryption, and with much less free storage. Mediafire also offers 50GB of space, but limits free users to a maximum file size of 200MB, making it unsuitable for video.

Mega looks like one of the most streamlined cloud storage services around. The Mega name will ensure it gets lots of users, but we’ll have to wait and see if it beats Megaupload’s success. Kim Dotcom claims 100,000 users registered in the first hour, so it’s off to a good start.