Civilization VI is the latest installment in Sid Meier’s award-winning series. Approachable for newbies but chock full of challenge and strategy for veterans, Civ 6 features dynamic diplomacy, a new “one unit per tile” gameplay, active research, expansive empires, and the Rise and Fall update has added a new loyalty system which completely alters the way combat is implemented.

There are universal tactics and techniques to increase your chances of succeeding in one of the five victory types, but much of what determines the angle at which you approach your success is decided from the very start – which civilization are you going to play as?

Different civilizations (or sometimes even different leaders within a given civilization) receive specific bonuses, abilities, units, and buildings that encourage a particular style of gameplay. Gilgamesh’s Sumeria, for example, has powerful war carts and he may declare war on anyone who is already at war with their allies and not suffer a warmonger penalty. Pedro II’s Brazil, on the other hand, has 20% Great People points refunded after recruiting a Great Person, making him better suited for a cultural victory. 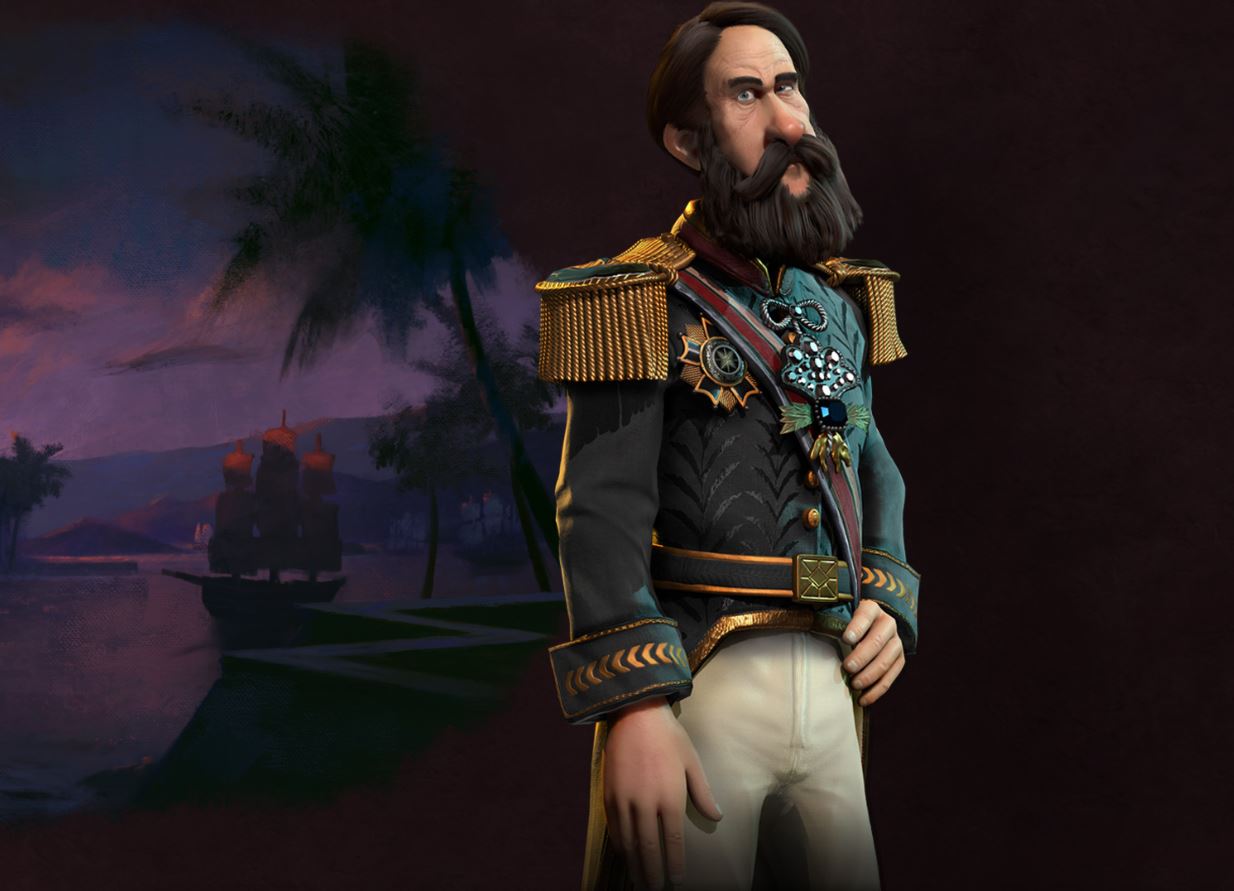 With well over 30 different civilizations and leaders to choose from, it’s very difficult to ensure that all are treated fairly and equally, and that all are on an even playing ground. While Civ generally does a good job in making sure that no one is obscenely overpowered, there are undoubtedly some leaders who have an easier time at achieving victory than others. So without further ado, here’s our list of the top 5 leaders in Civilization VI: 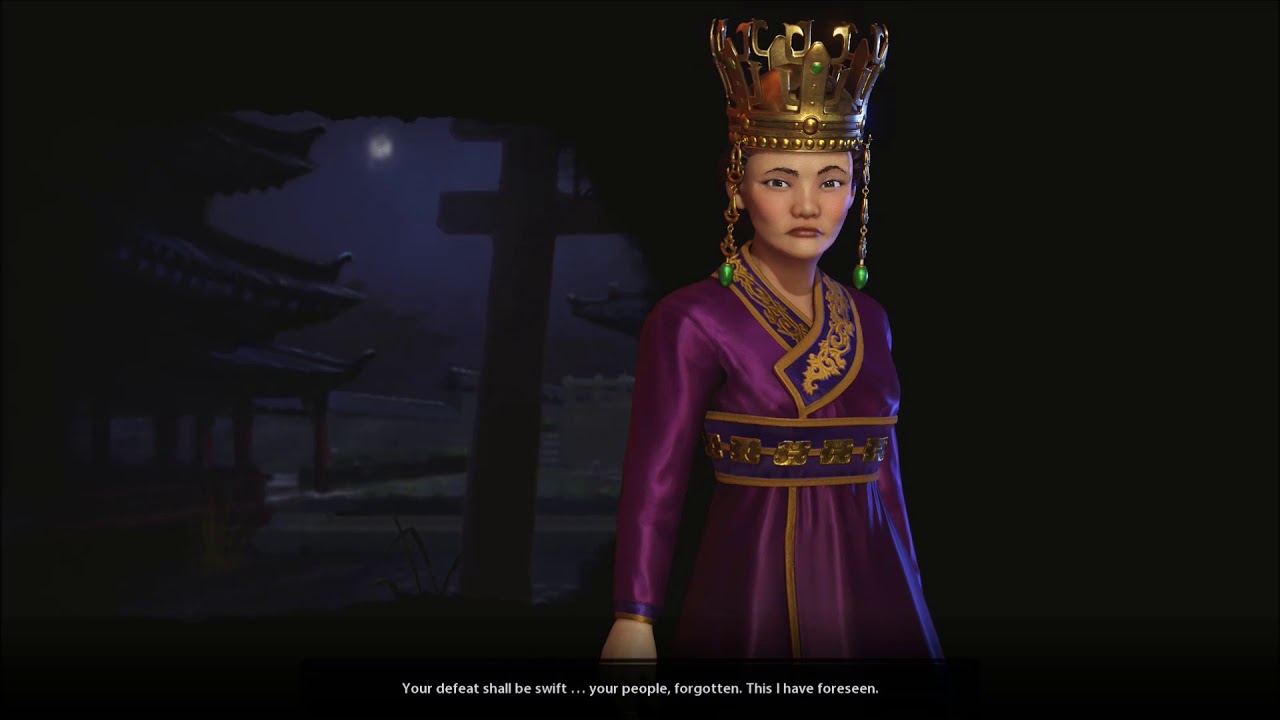 Introduced in the Rise and Fall DLC, Seondeok is one of the prime candidates for achieving a science victory. The biggest component to her success is her Seowon district, which can only be built after learning the Writing technology. As such, that should be your largest priority right off the bat.

Sid Meier's Civilization VI: Rise and Fall Download this leader and others here ►

Korea’s science district, the Seowon maximizes its technology boost the further away it is built from other districts. Plan its location carefully in order to maximize its potential and achieve its fullest benefit. This means that your best bet with Korea is to play “wide,” meaning you’ll quickly want to spread and settle new cities and districts upon starting the game, as that will ensure you have enough territory to spread your Seowon far enough apart. Surround them with other tiles like farms or mines, dropping your other districts elsewhere on the map.

As if that wasn’t enough, Seondeok’s Hwarang leader bonus provides her cities a 10% science and culture boost if they have an established Governor. Because of this, you’d be wise to split your focus evenly between technology and culture, as a high culture generation will attract Governors faster, and you’ll want to try and appoint one for each city. 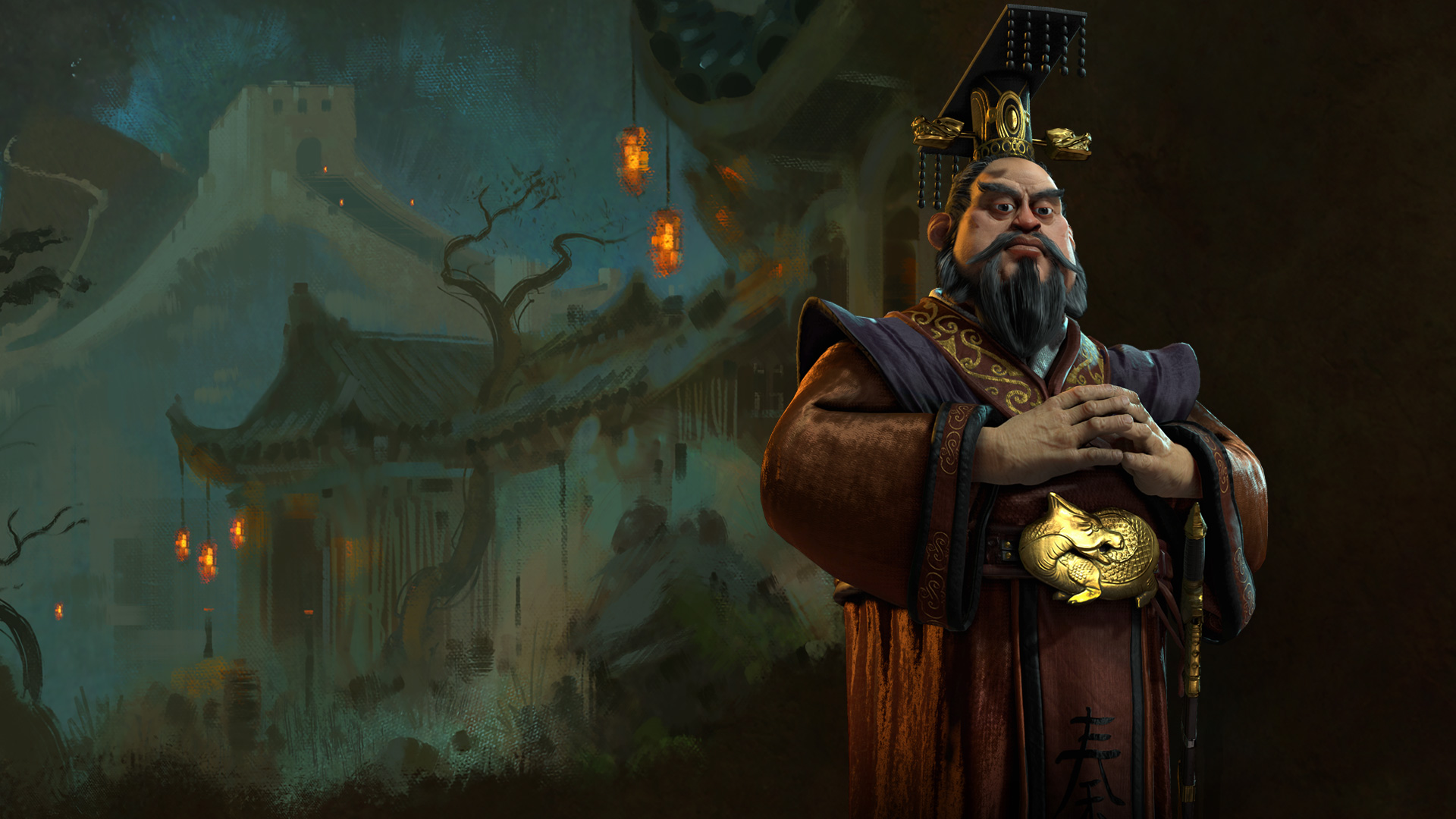 When it comes to culture, you’ll be hard-pressed to find a better civilization than China. Like Egypt, China focuses on constructing wonders quickly and often, but of the two civs, China’s Great Wall and Crouching Tiger Cannon make it the superior for defensive playing (“turtling”).

Additionally, Chinese builders receive an additional use and can boost construction when erecting ancient or classical wonders. This essentially guarantees China first dibs when it comes to building the first wonders in the game, and having a wonder of your choice so early on can serve as a beacon for whatever victory type you like. The game’s early wonders are arguably the most useful, given that they take comparatively longer to build and you’re not bolstering other early-game necessities in order to spend the production on them. 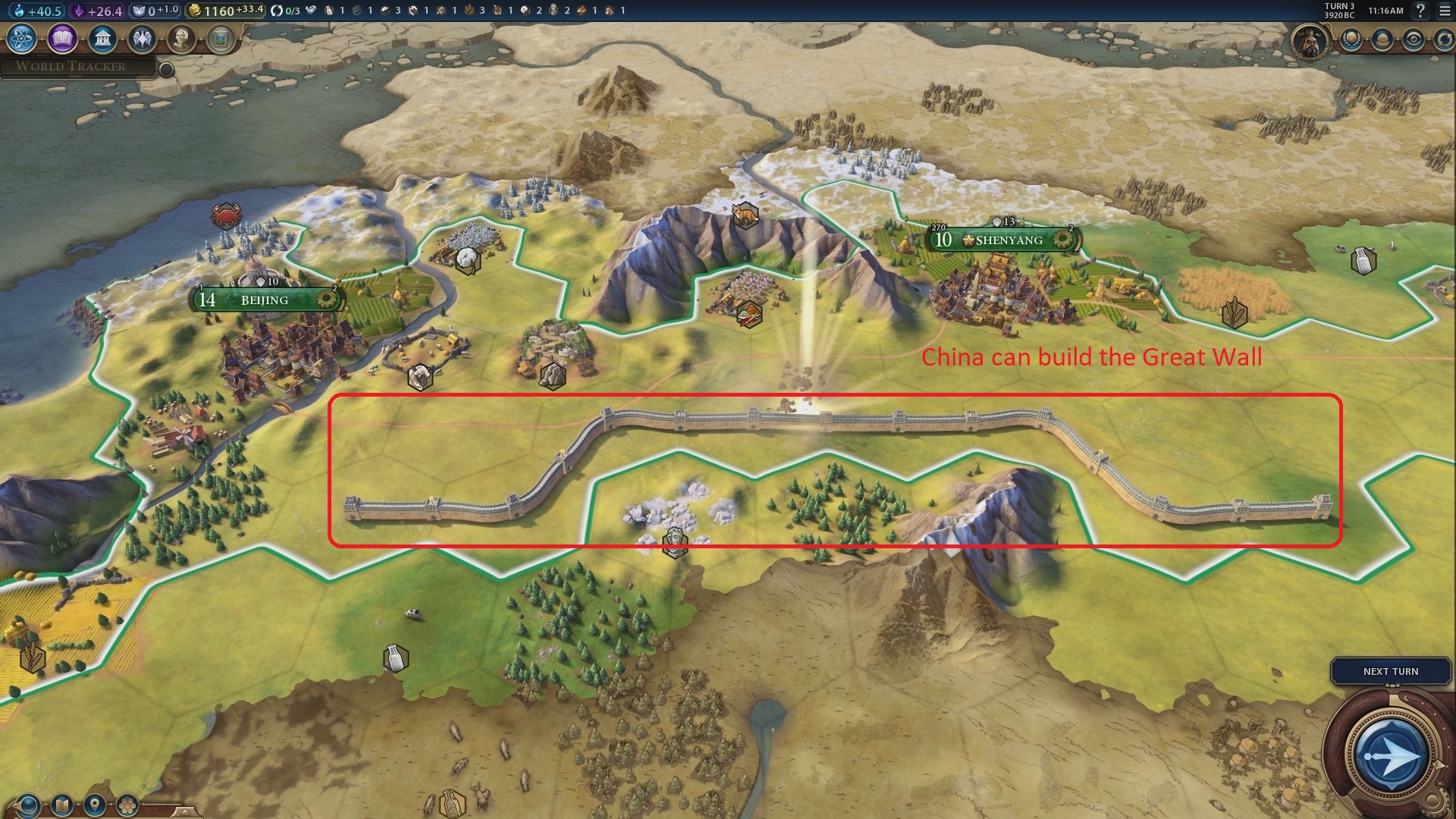 Lastly, China’s Great Wall is one of their coolest features. Unlike its previous civ games where the Great Wall was a wonder, Civ VI has made it a unique tile improvement only usable by the Chinese. Connected segments of the Great Wall will provide Tourism, Gold, and extra defense for all your warriors, meaning that the larger your wall, the more use you’ll be able to get out of it. Combine that with the Crouching Tiger Cannon that does not need specific Resources to produce, and you have a mighty civ indeed. 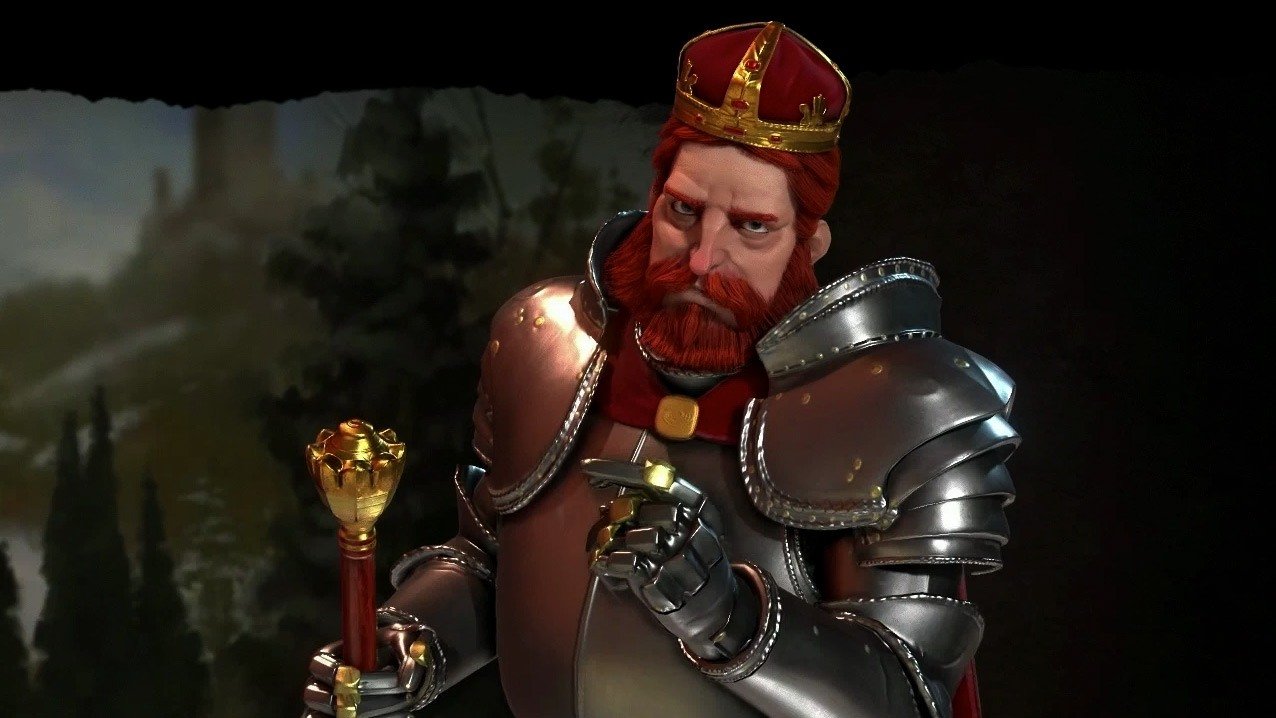 Fast, efficient, and brutal, Germany is a prime candidate for both tech and domination. While his domination may not match the strength of a few of the other civs in the early game, he more than makes up for it later on with his u-boats, naval combat, and extremely high production rates. 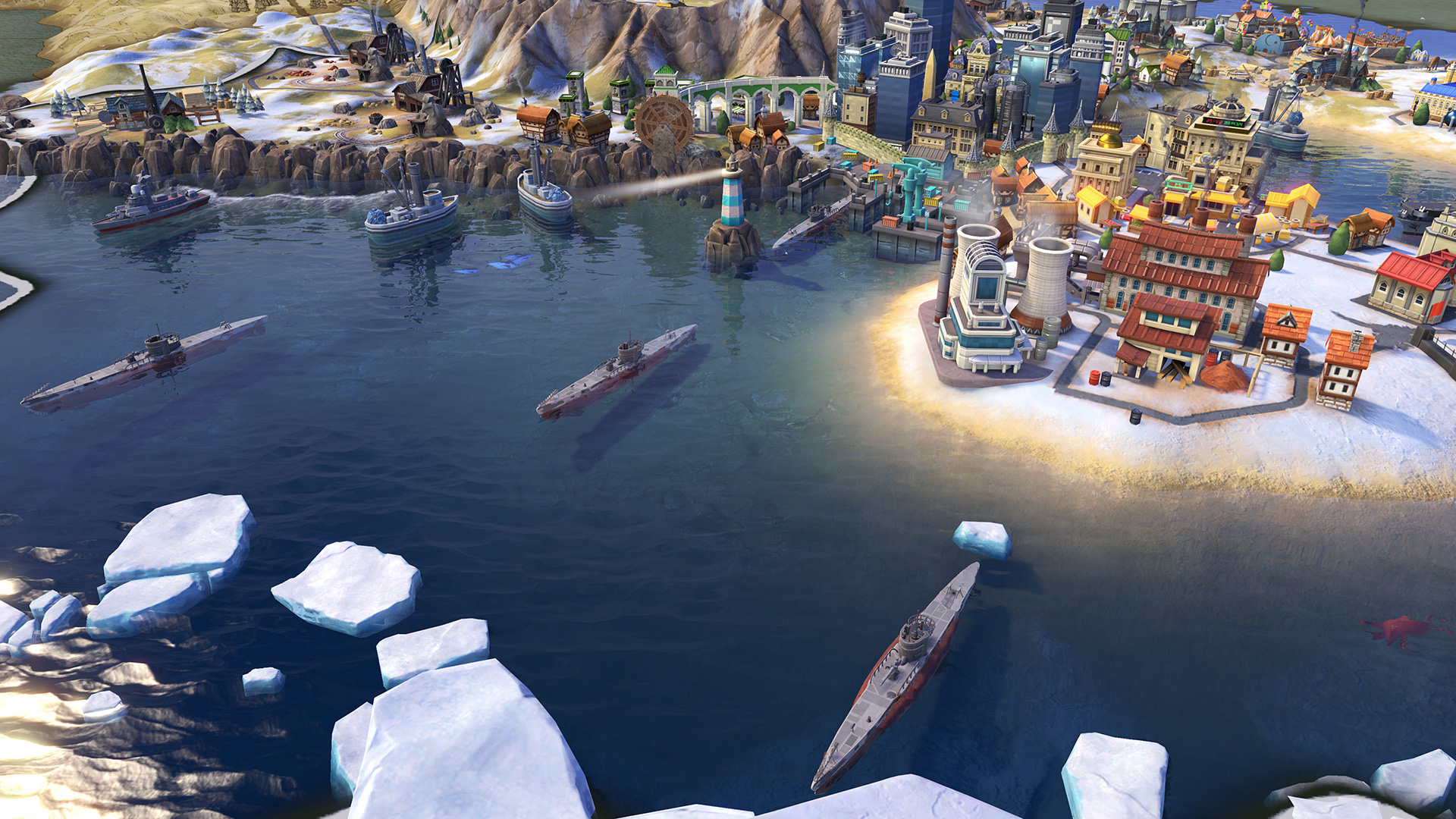 Barbarossa’s Hansa district replaces the default Industrial Zone and has a +1 production for each adjacent resource – including the flat +1 bonus of the default industrial zone. The Hansa is also cheaper, costing 50% of industrial zone AND grants an additional +2 production if it’s adjacent to a commercial hub. Lastly, the Hansa will also give two production to any strategic resource tiles next to it. Playing “tall” with Germany (fewer districts and cities, but having them very powerful) is the way to go.

With domination, Germany’s best strategy is to conquer city-states and to do it early on in the match. This both allows for space and new territory all the faster and also ensures that you’re getting the most out of Barbarossa’s Holy Roman Emperor leader bonus, which gives a +7 combat strength bonus whenever attacking city-states. Since this is a flat bonus that won’t increase as you reach the mid-late game, you’ll be getting the most bang for your buck if you make the attack early. Lastly, Germany also receives an additional Military Policy slot, which can dramatically increase his power or versatility in combat with other civs later on. 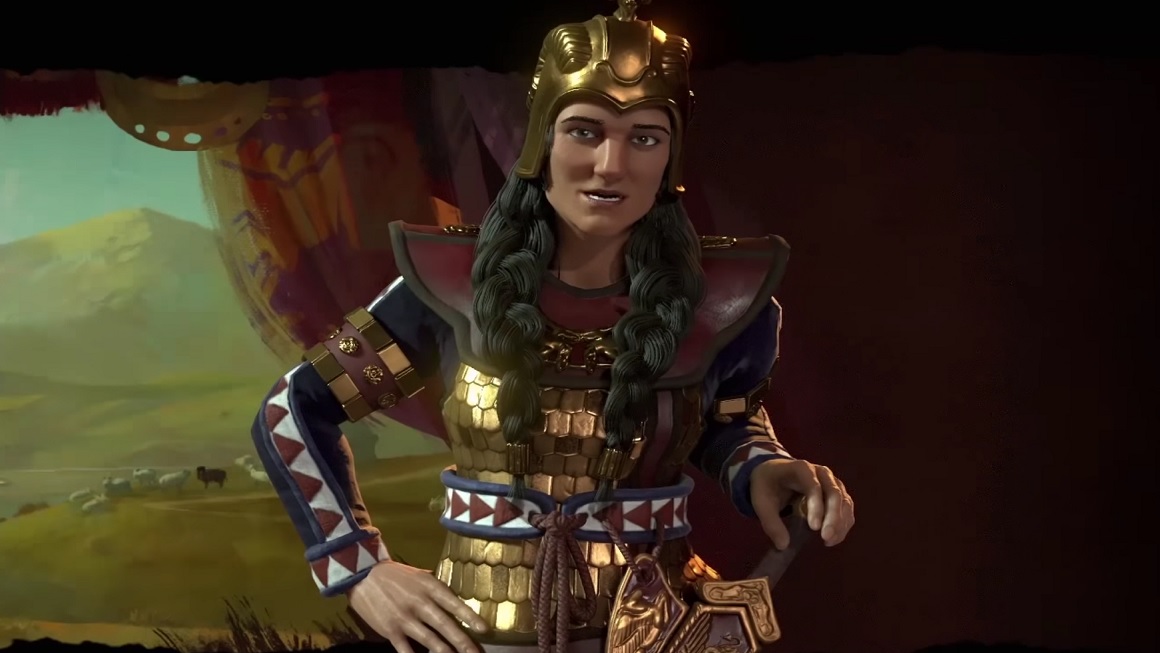 Tomyris is absolutely unmatched when it comes to combat in Civ 6, making a domination victory very easy for Scythia. Killer of Cyrus is one of the strongest leader bonuses in the game, granting all Scythia units the ability to heal 50 points after killing an enemy unit, and additionally providing a +5 combat strength whenever they attack a wounded unit. The combination of those two combat elements means that Tomarys can quickly pull off a victory with one or two units while another civ would take longer and spend more units. It also means Scythia can quickly advance upon other players, drawing closer to their capital before they have time to regroup and make more units.

What makes this combat strength so useful is that it does not pertain to any one specific unit or era, but lasts you from start to finish. Whether you’re attacking with pikes, rifles, or army tanks you’ll always do bonus damage to wounded units and heal after killing them. That said, the best strategy is still to overwhelm with Saka Horse Archers early on in the match, as they are tougher to kill than most and can be produced quickly in great numbers. Half a dozen Saka Archers will probably be all you’ll need until mid-game.

Check out this video to see an in-depth explanation of what makes Tomyris’ Scythia so deadly, as well as an explanation of why it trumps so many other civilizations, particularly when playing online.

The reason we didn’t have Scythia as our number one is because they can get halted in their tracks by Sumeria and especially Mongolia. Genghis Khan can capture defeated horses, adding them to his own numbers, which effectively destroys Scythia right off the bat. If you spawn near Scythia as any other civ, though … Say your prayers. 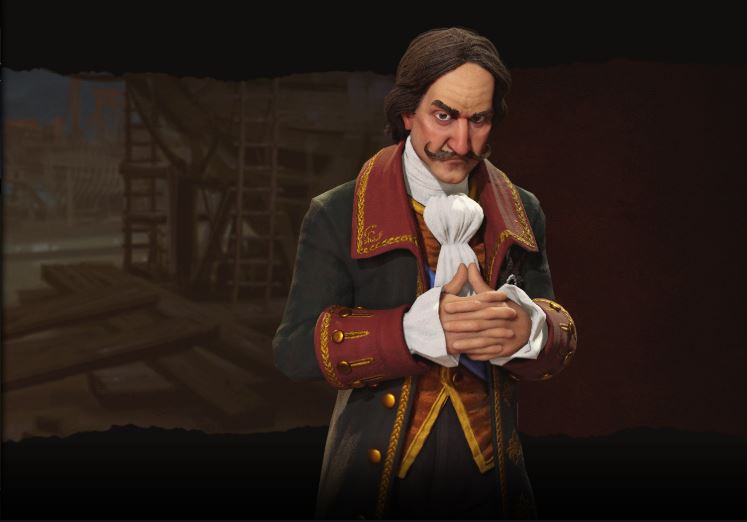 It was a tough call, but our top pick has to go to Peter. While the other civs on our list have their specializations, Russia can pretty much do it all. Their Cossack horsemen are some of the most useful attacking units in the game, their Lavra district is immensely powerful at generating culture and territory, their Mother Russia makes them adept at acquiring faith, and the Grand Embassy bonus they begin the game with affords them a boost to their science too. 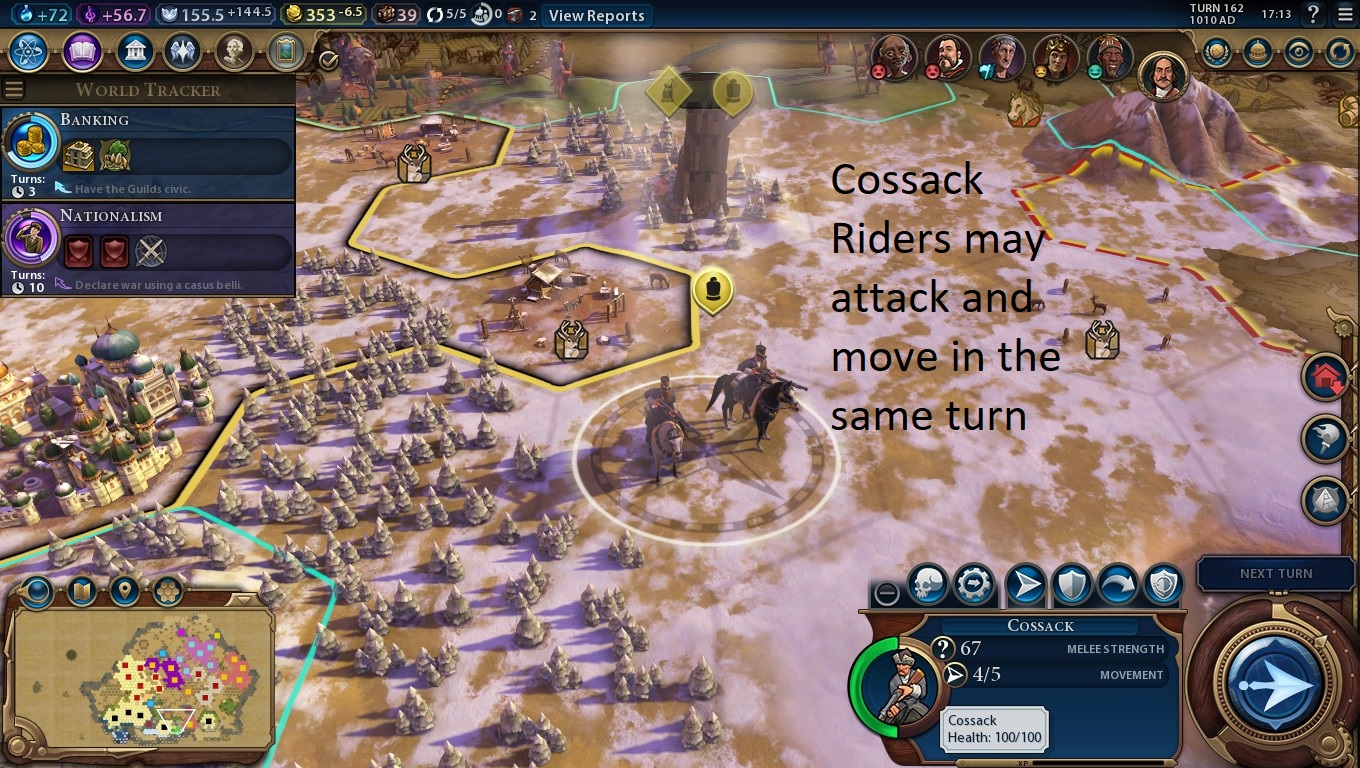 Stronger than typical cavalry, Russia’s Cossack horsemen are devastating due to their ability to move after attacking. This makes them excellent at harassing your enemies and helps them to survive longer than other units. Much like Scythia’s Saka Horses, the Cossack’s likelihood of survival means they will cost you less maintenance and gain extra experience. On top of that, their speed allows them to weave in and out of danger, making them especially capable of dispatching slower opponents, even late into the game.

If you think this sounds too powerful, you’re not the only one!

Lastly, the expanded borders Russia receives upon expending a Great Person will help them more than it would most other civs. If their expanded borders include tundra tiles, which they likely will early in the game given their start bias, the tiles will provide Russia with additional Faith and Production, making them a strong candidate for all things science, military, and religion.

The 8 best addons for World of Warcraft ►