Pokémon is one of the biggest gaming franchises that has ever existed. From Classic Nintendo Gameboy RPG titles Pokémon Fire Red, Blue, and Emerald to Detective Pikachu on the 3DS, millions of Pokémon fans all around the world love playing Pokémon games.

Pokémon is so popular, however, that the world has more than just the main line of Pokémon franchise games. There are plenty of Pokémon spin-off games and even more fan made Pokémon games giving you control over the likes of Pikachu and Eevee. What’s even better is that many of these other games are available to play for free. So grab your Poke Balls and get ready for Pokemon battle, these are the best Pokémon games that are free. 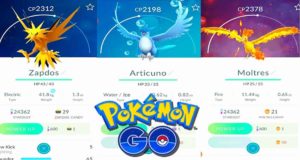 It’d be silly not to start this list with what is arguably one of the biggest mobile games there has ever been: Pokémon Go. When Niantic first launched Pokémon Go the game took the world by storm, hoovering up hundreds of millions of players all over the world. That’s despite the game having plenty of bugs back then and proving rather frustrating. Most of those bugs have gone now meaning Pokémon Go is more to fun to play than it has been in the past.

Download Pokémon Go and then head out into the real world in search of virtual Pokémon using Pokémon Go’s Augmented Reality gaming engine. You can simply collect your Pokémon, trade them with your friends, or use them in battles and raids. Pokémon Go is also receiving regular updates, including new Pokémon, being added to the game all the time. Niantic also runs global events regularly too.

If you’re a fan of Candy Crush, you’ll probably like Pokémon Shuffle too. Shuffle began its life on the Nintendo 3DS but is now available for free on iOS and Android smartphones. Like in Candy Crush you need to line up three of the same Pokémon in a line in order to see them off. Be careful though, as although this game is available for free, once you run out of lives, you’ll either have to pay for more or wait around until the game grants you some. 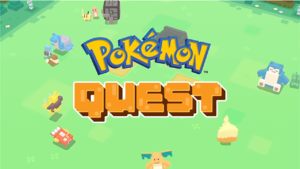 Pokémon Quest is a bit of a strange entity. The game is developed by Game Freak, which is also behind the main franchise but looks nothing like the extremely popular main game series. If you were to say Pokémon Quest looks like anything, you’d have to say it looks like Minecraft with characters and Pokémon taking on a distinct block-like form and the action taking place on Tumblecube Island.

Quest is available on iPhone, Android, and the Nintendo Switch and offers a gaming experience much smaller in scope than the main games. It does, however,  include all the Pokémon from the original Pokémon Red and Blue games and offers a decent amount of game world to explore, and a rudimentary battle system.

Did you know that Nintendo started out in Japan as a toy company making board games and card games? Well, it did before moving over to making video games consoles and tightly protected video game franchises. The Pokémon Company is one such franchise, however, that perfectly bridges that gap as it has a famous trading card game to go with the popular video game franchise.

Pokémon TCG Online is a virtual version of the Pokémon Trading Card battle game. You can play TCG Online on your iPad, iPhone, Android phone, and web browser. To play you need to scan in the code card that comes with the cards you buy and then practice battling with your Pokémon cards. OK, this means the game isn’t completely free, but it does come with a Trainer Challenge that lets you battle without having to first buy a pack of trading cards.

Pokémon Duel has been downloaded for free over 40 million times on iOS and Android. Playing the game will see you pitted against another player in a head to head duel. Duel action takes place as a virtual board game with each player having six Pokémon figures that they must move from one side of the board to another. The trick is not having your whole squad wiped out in battle before getting to the other side. You can either play against one of the millions of other players or against the computer.

There are many fan-made Pokémon MMORPG games out there. Huge online games that give you the chance to explore Pokémon-filled worlds and compete against other online players. In our opinion Pokémon Revolution Online is the best of the bunch offering the closest gameplay experience and feel that you’ll get to an official franchise game. Revolution Online has some excellent pixel-art graphics and evens rocks a fantastic Gameboy style sprite-like soundtrack. What tops it all off though, is the regular updates Pokémon Revolution Online receives. The game is constantly getting new features and locations for you to try out and explore.

There you have six free Pokémon games for you to sink your teeth into. Out of all of them, the biggest experiences come from Niantic’s Pokémon Go, which is nothing short of a global sensation and the two fan-made efforts, Pixelmon and Pokémon Revolution Online. Although Pokémon Go isn’t as popular as it was at the peak of its hype it still has plenty of regular players and is arguable as fun as it has ever been. What Pokémon Go has in common with the other two, however, is the continuous support of its developers. As bugs are continuously ironed out and new features added, games just get bigger and better. This is why we’ve chosen Pixelmon, Pokémon Revolution Online, and Pokémon Go as our three favorite games on this list.