Is waking up early really a virtue worth celebrating?

We’ve long lived in a world that places a lot of value on the early bird.

Blame it on the Protestant work ethics or Prussian philosophy, but there’s this deep-seated perception that waking up early sets the tone for success — and late risers are lazy underachievers.

There are a million blog posts and TED talks that highlight the power of getting up early. Michelle Obama, Oprah, and a whole host of TED Talkers, entrepreneurs, and athletes are early risers, and there’s no shortage of content pointing toward the link between early call times and success.

Need proof? A while back, the Huffington Post compiled a list of notable early birds from Dwayne “The Rock” Johnson’s 4 a.m. gym time to Tim Cook’s 3:45 am (that’s night still, right?) email routine.

Should you wake up early?

Here’s what science has to say about catching the worm

Roughly 25 percent of people tend toward waking up very early.

Most people fall into a middle ground — it’s no big deal to wake up for a traditional job, but the idea of hitting the gym before the sun comes up sounds like a real pain.

A study published by Harvard Business Review found that of the 367 participants they surveyed, those who stayed up late reported higher levels of distraction and lower levels of productivity.

Morning people do enjoy more career opportunities, but that may be a product of society, tradition, and the fact that business hours are a fixed schedule that suits this group better than the night owls.

On the flip side, night owls reportedly have their own set of desirable traits. They’re more creative, have higher IQs, and often, as healthy and prosperous as early birds. This study from 1998 looked into the famous Benjamin Franklin quote, “Early to bed, early to rise makes a man healthy, wealthy, and wise.”

The aim was to see if Franklin’s claim had any truth to it, yet the findings found that late risers did not have a higher rate of health problems or have lower incomes than their go-get-em peers.

What are the stereotypes? 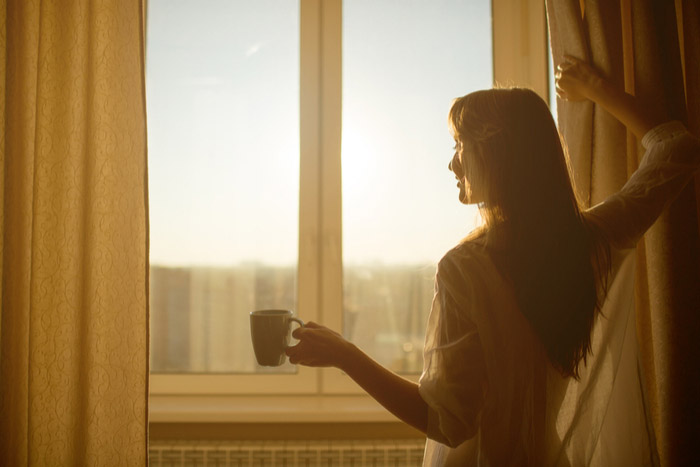 Morning people are seen as more conscientious and proactive. They’re stable, consistent, and agreeable. Night owls are seen as partiers, they’re lazy, and they lack self-control.

While studies have shown that late risers tend toward novelty-seeking behaviors and may be more impulsive and avoidant, there’s no evidence that this group works fewer hours or is less motivated.

Productivity really boils down to chronotypes. Chronobiology researcher, Katharina Wulff says it’s best if people work according to their body’s natural rhythms, rather than trying to fit into a schedule that doesn’t work.

Chris Bailey, of The Productivity Project, tried to change his chronotype to see if there was any truth to the link between success and morningness.

If you don’t remember, a few years back, Bailey spent a year experimenting with a range of strategies aimed at boosting productivity. The chronotype experiment involved changing from a night owl schedule to a strict 5:30 am wake-up call and 9:30 pm bedtime. Bailey reported that he’d find himself getting ready for bed just as he was starting to feel productive.

In short, getting a hard start on the day sounds like a great idea, until it starts to eat into your productivity. Tiredness isn’t exactly good for setting the tone for your best ideas.

The future is here: New device lets you control your dreams

The benefits of an early wake-up are appealing:

Many of the successful people who wake up early mention the main reason they keep this routine is, the extra few hours of quiet before everyone else — be it kids or coworkers — are up and at ’em.

But most of these benefits only exist because of traditional working hours.

Increasingly, people are finding that there’s a need to cater to all types of people. Like Wulff and Bailey, Camilla Kring, founder of the B Society, sees the value in chronotype diversity. Her organization questions why school and work need to start at a certain time – -and advocates for more support for late risers.

If we were left to our own devices, waking and working according to natural biology, night owls might report the same advantages their early rising peers experience, just at a later hour.

Work according to your energy levels

Shifting your chronotype is possible.

We’ve all experienced this to some degree when we’ve had to get used to waking up for work or school. However, studies have found that when you change your schedule, you don’t necessarily get the traits that come with the other chronotypes.

Late risers who become used to waking up early don’t feel any happier or suddenly become more traditional or conscientious. Instead, they might just feel tired more often and lament the struggles of trying to change their natural habits.

Some studies have found that these traits associated with morningness or eveningness boil down to other biological factors.

A recent study from the University of Haifa found that visually creative people tended to wake multiple times a night or suffer from insomnia. And, these qualities were associated with a dopamine receptor.

The main takeaway here is, work according to your energy levels. Some people work best in the evening, while others benefit from working out at 4 a.m. and getting to work before everyone else.

Start making a note of when you’re most productive and structure your day around energy highs and lows.

While morning people have an advantage when it comes to the traditional 9-5 grind, remote work and flexible schedules are increasingly becoming the norm. Maybe, society will soon get hip to the idea that time shouldn’t matter quite so much.