Microsoft have today announced the release of their Windows 8 Consumer Preview, at the Mobile World Congress, available in 32 and 64 bit versions. We saw the developer’s preview last year, but this is much improved – more stable and with more features. It’s the ideal opportunity for Windows users to check out the new Metro interface and apps, which are a radical departure for Windows.

Read on for screenshots and my impressions of Windows 8. 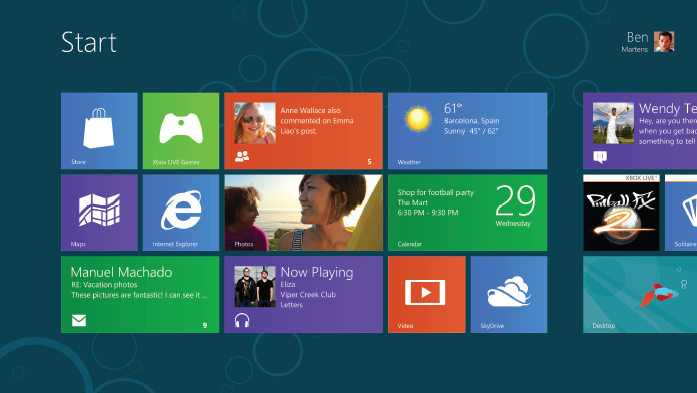 The new interface looks great, and I think it much more informative than the traditional desktop. It’s wonderful on a tablet too – we tested it on a Samsung, and it’s fast and responsive. It’s not quite as intuitive as using iOS was the first time around, but I got used to it pretty quickly. 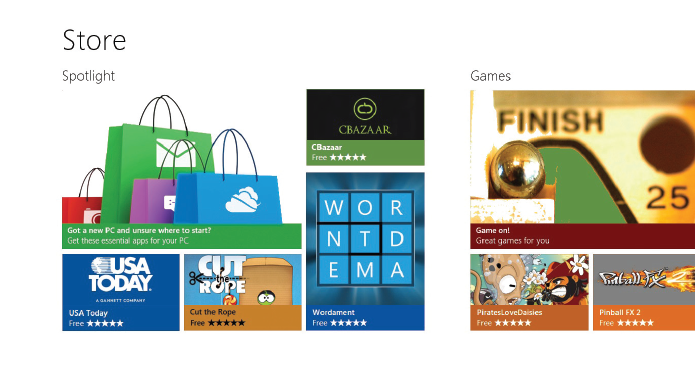 The Store is new to this version of Windows 8, allowing you to add apps designed for the Metro interface. You can still install apps on the traditional desktop as usual, but Metro apps will come from here. 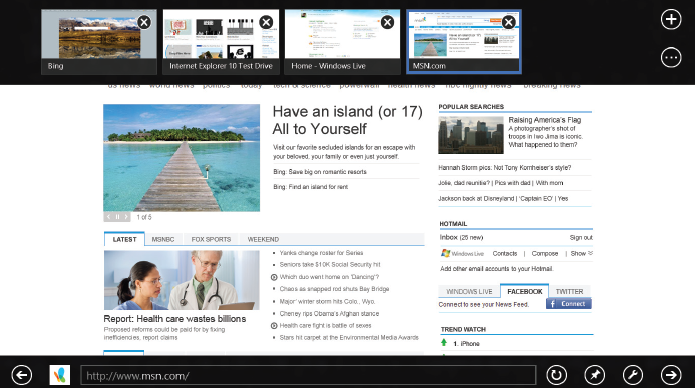 For me, Internet Explorer 10 for Metro is the most impressive development. It’s incredibly fast, and the full screen window-less interface looks fantastic. Going back to normal browsing feels cramped and ugly after using IE 10 for a while. Considering how Internet Explorer stacked up against the competition a couple of years ago, this new version is a revelation. 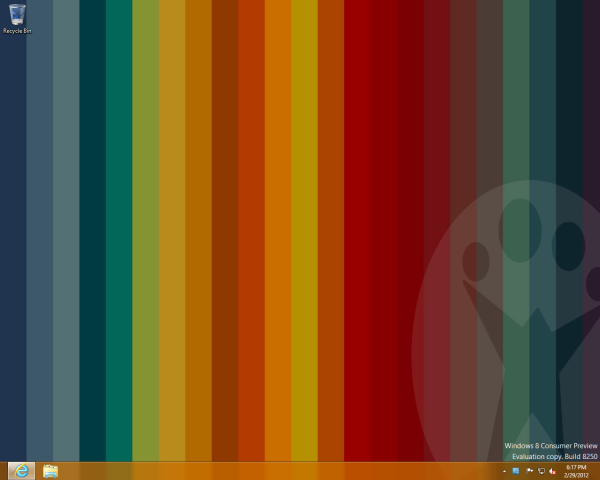 Hitting the fish-icon takes you to the traditional desktop, which looks pretty much like Windows 7. It still feels jarring going from the ultra-modern Metro interface to a normal Windows desktop, but it’s comforting to know it’s there. This means you can move to Windows 8 without too many problems – important and complicated apps like Excel or Photoshop will still work as normal; Metro won’t interfere with them.