Xbox Music, Microsoft’s streaming music service has a new web service, so you can now listen from your browser. All you need is Adobe Flash player installed for the web app to run (so it currently doesn’t work on iOS devices).

Previously only available on Windows 8, RT, Windows Phone 8 and Xbox 360, the new web app means you can access Xbox music from any PC or Mac, and unlike some streaming services, you can be logged into the service on multiple devices at the same time. Android and iOS users will be able to use the service later this year according to Microsoft. 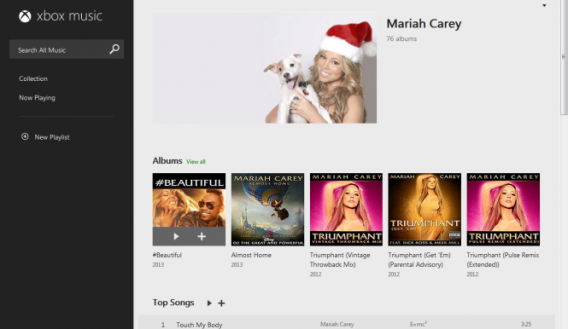 Xbox Music has a very simple interface, and mirrors the design of Xbox and Windows 8’s Modern UI design. It lacks the recommendations and social features of rivals like Spotify or Deezer, but does offer ‘millions’ of songs to listen to. We don’t know exactly how many, so can’t yet compare Xbox Music with the libraries of competitors.

You can try the service free for 30 days.

Google Calendar gets a creepy update