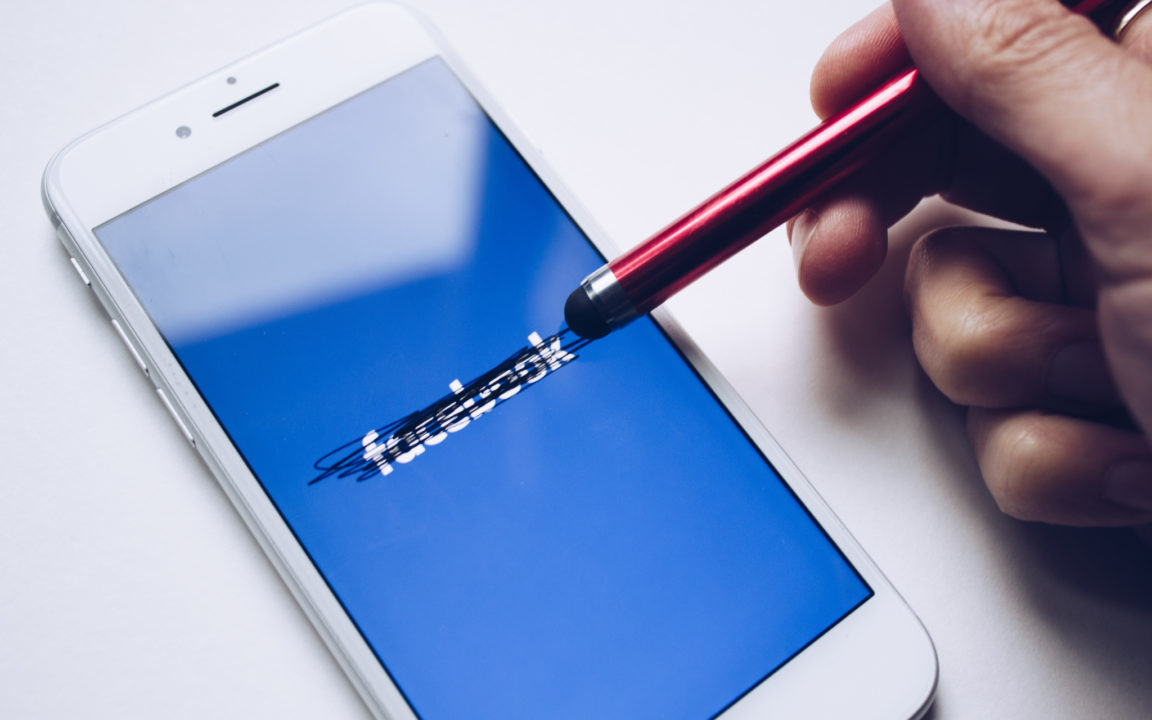 With all of the drama surrounding the social media giant, it’s understandable that you might be thinking of looking elsewhere for your social fix.

Between the birthday reminders and the event invites, it certainly pays to keep the platform around as a backup.

However, if you want to foster more meaningful connections and steer clear of fake news, there are some alternatives out there that might satisfy your social fix.

Let’s have a look. 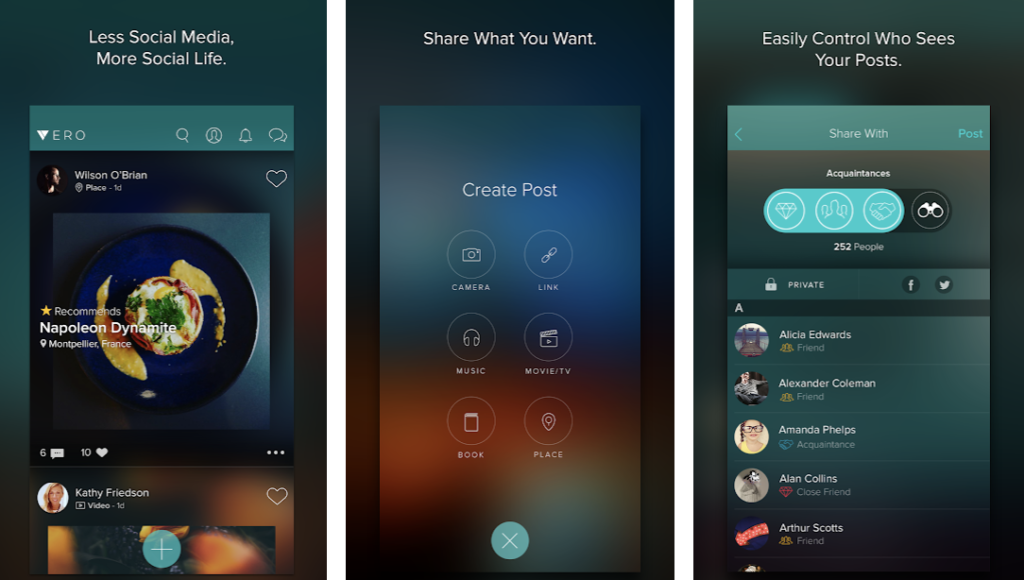 Vero is a photo sharing app with big dreams—to go up against Instagram. It’s an up and comer, but it looks like it might have some potential to be a mainstay.

The setup is a lot like Instagram. You’ll mostly use it to post pictures. Vero’s appeal lies primarily in the fact that the platform does not feature ads. The app is free at the moment, but they may start charging a small monthly subscription.

Amino is home to all kinds of niche topics. If you’re a Poke-fan, into Kpop, video games, or anime, Amino stands to become your new social hangout.

Amino is organized in a way that will feel familiar to Reddit users and it doesn’t require that you use your real name. That commitment to anonymity is something special in an era where even OKCupid wants users to use their given names.

Amino, of course, isn’t about getting the most followers and presenting a curated persona. Instead, the anonymity and focus on very specific interests make this a great place for users who just want to socialize with like-minded folks from around the world. 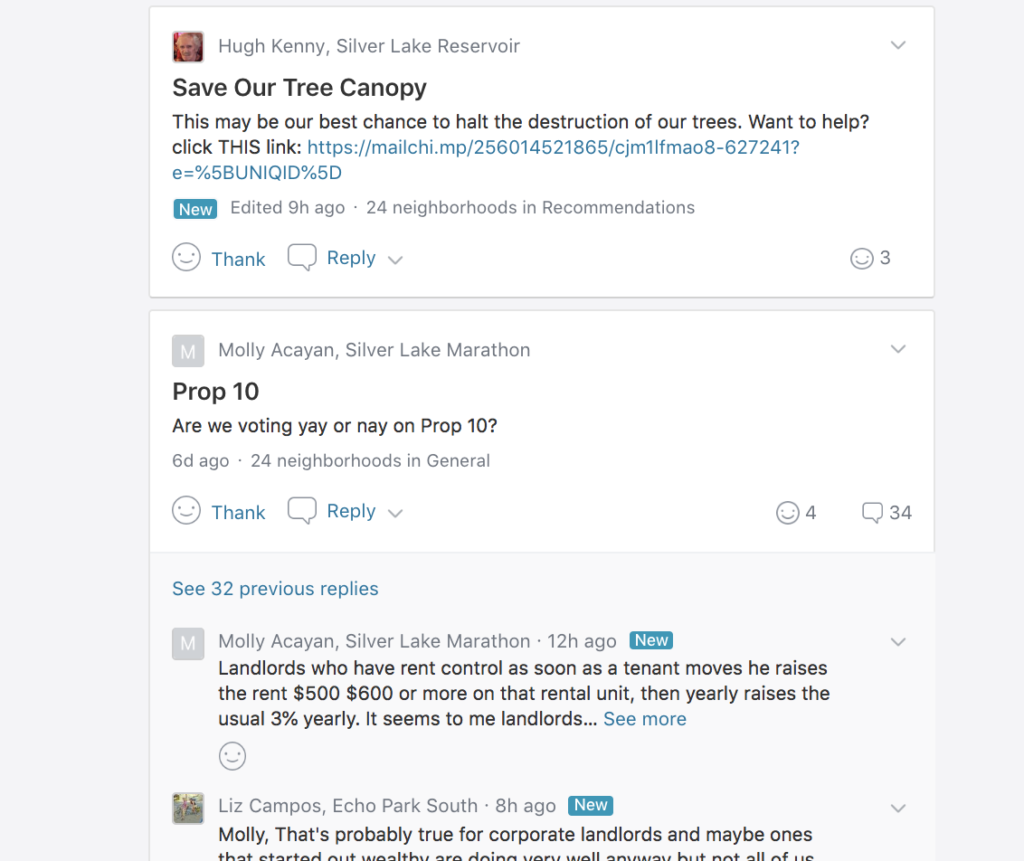 Okay, NextDoor isn’t the coolest app with the sleekest interface, but it works to connect you with people that live in your immediate vicinity.

It’s not perfect—in certain communities, the app can function as a way to highlight “suspicious people” lurking around the neighborhood, which of course can slip into problematic territory rather fast.

That said, in other cases, the app is a great way to find items for sale, recommend contractors, learn about community issues and events, and locate lost pets. 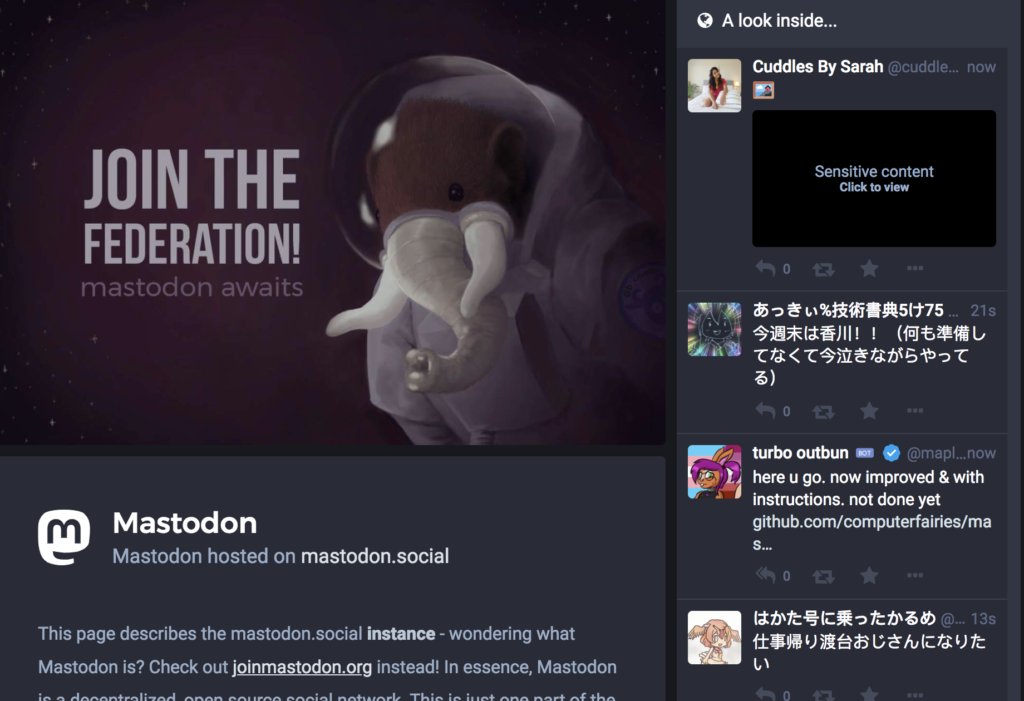 Mastodon Social is an app that works like an open-sourced Twitter. It’s a distributed platform that aims to fill a void for Twitter users who miss the days of a chronological timeline.

Twitter gives you the option to go chronological again

Instead of Tweets, you’ll compose “Toots” and you’ll boost posts instead of retweeting them. Be warned, this app is a haven for those who feel constrained by Twitter’s anti-harassment policies. Still, you can hide NSFW content, and filter out spoilers and trigger warnings, so it’s not necessarily a barrage of hate speech.

The benefit of the platform is, it’s controlled by the community. There are no ads to sift through, so branded content isn’t an issue. And, despite the commitment to unfiltered speech, the platform proudly declares itself a Nazi-free zone, banning xenophobic, sexist, and content illegal in France and Germany. 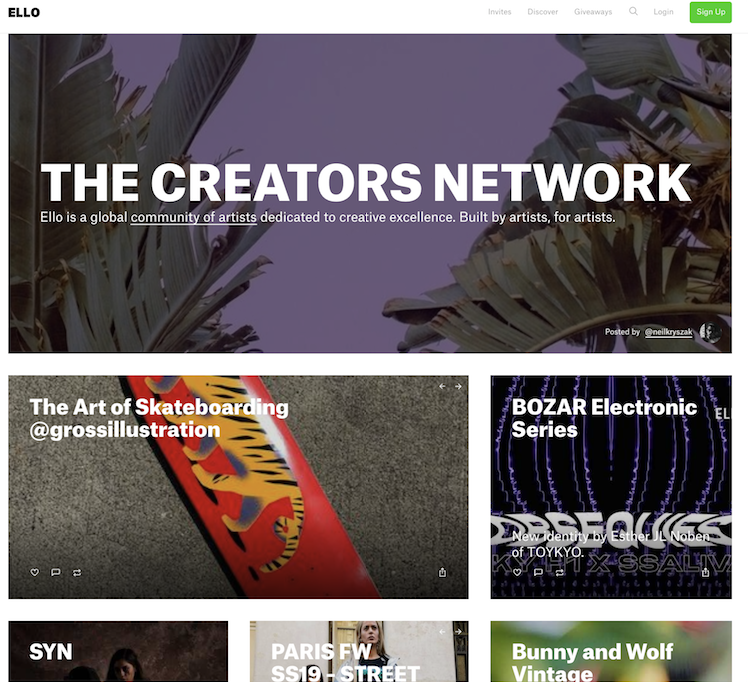 The so-called creator’s network, Ello looks like a cool skateboard magazine or those old issues of Vice. While the app was initially touted as a Facebook killer when it first came on the scene, that doesn’t quite seem to be the case.

The app is a real treat to scroll through—and if you’re into design, art, architecture, or photography, it’s definitely worth checking out. 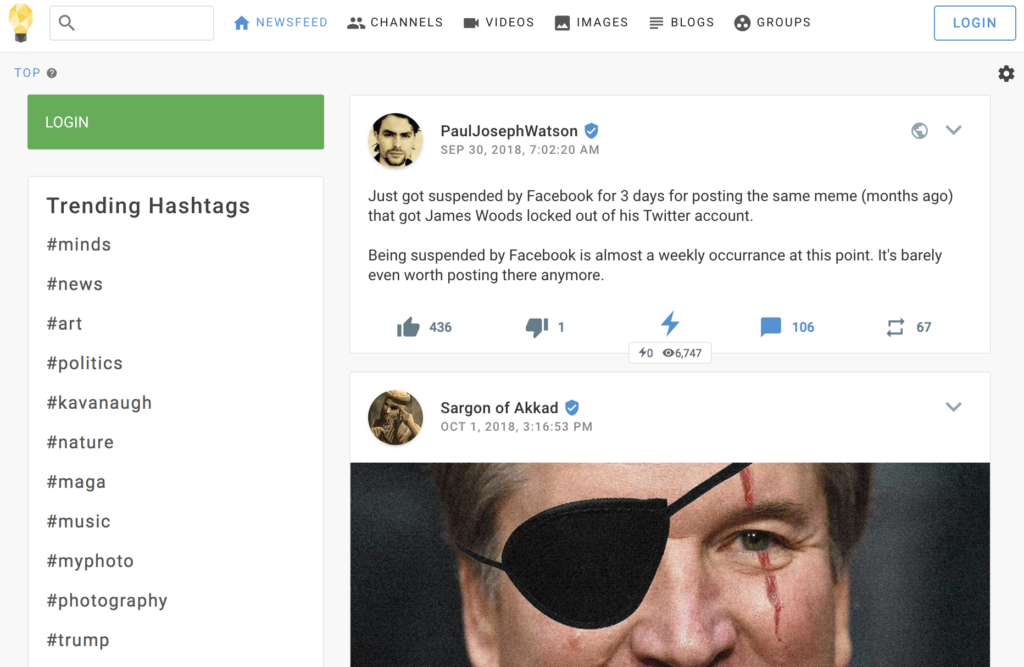 Minds is an open-source, community-owned platform that values privacy. That distinction from Facebook who uses data for who-knows-what is its main source of appeal.

As far as functionality is concerned, Minds combines familiar features from Reddit, Medium, and Facebook itself. You’ll set up a profile, post on timelines, share photos, and send private messages. But, it also comes with a handful of content creation and curation features—users can blog directly on the platform and monetize that content using the site’s cryptocurrency system.

The open-sourced, blockchain network makes this especially appealing to the techy crowd, but privacy features stand to lure in those spooked by Facebook’s recent Cambridge Analytics scandal.

Realistically, you’re probably not going to delete Facebook altogether. It’s undeniable that Facebook has scale on its side. Just about everyone is on it, meaning none of these options have a chance to compete.

The platforms we listed above focus more on users and the magic of connecting with others that share your interests or have something new to pass along.

And—there’s always room for more—so it’s not a matter of choosing between Facebook and a niche platform.