7 best MMOs to get married in 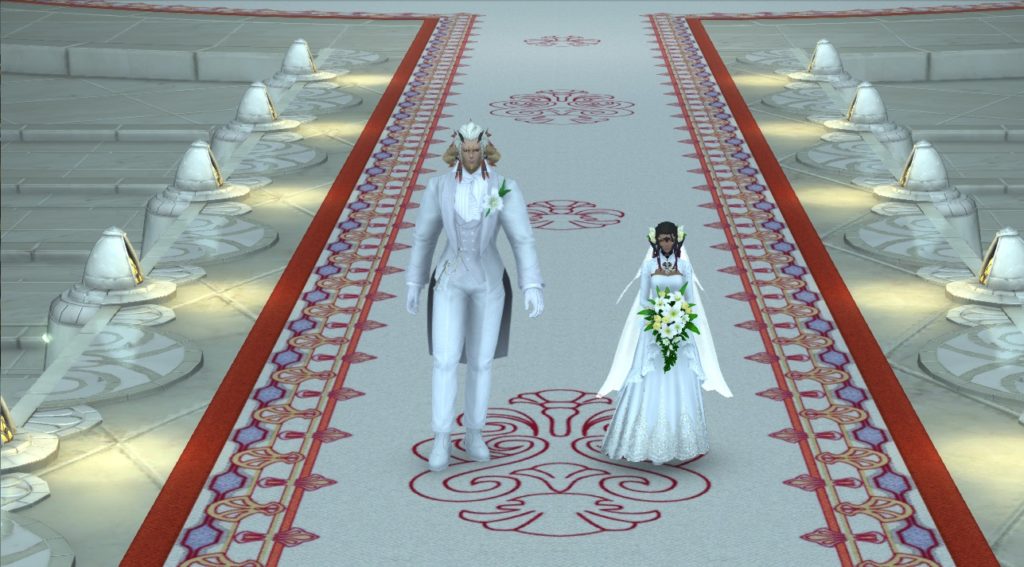 Marriage in MMOs can be a confusing topic. Some may not want to get married, even in a virtual sense, unless it’s to their actual real-life spouse. A select few have even had their virtual ceremony stand in place of their real-life wedding. Others, on the other hand, may choose to get married for the various benefits that an MMO has to give to a married couple.

Either way, there are some MMOs that stand out in particular as being amazing choices for anyone looking for a digital ceremony. And on top of that, if you’re an avid player of any of these games, then you’re sure to enjoy the plethora of bonuses you can receive with your in-game partner. Below are some of the most prominent MMOs to feature marriage systems, and some benefits to getting married in them.

Best MMOs to get married in 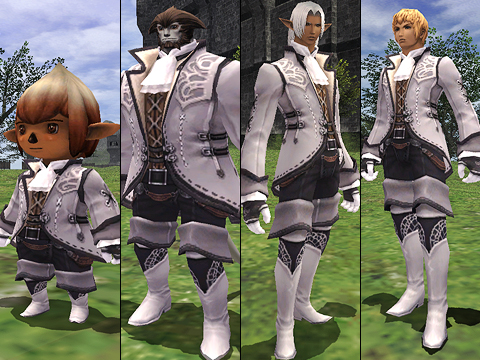 Often overlooked as the older Final Fantasy MMO, FFXI is a little out of date when it comes to most things, and MMO marriages is one of them. With no more updates to come, it is one of the only MMOs to be surely static in its lack of marriage benefits. The wedding ceremony is good for those who like the graphics of slightly older PC games as well as traditional Final Fantasy games.

Unlike most MMO weddings, the vows are able to be selected from a few options, making the wedding somewhat role-playable. Outside of the wedding, however, there isn’t much benefit to getting married, and characters are restricted to opposite-sex marriages. Hopefully, with Final Fantasy XI coming to mobile in the next few years, we can expect the marriage system to be redone as well.

This MMO features a very traditional Chinese-style wedding. As it is based in feudal China, it makes sense that it has stuck to the customs of its time. Though not ideal for some, marriages can only be held between a male and female character, after the male proposes to the female. Players can even see a matchmaker to arrange their weddings for them.

The main advantage of getting married in Age of Wushu is the elaborate wedding. Depending on how much you plan to spend, the weddings can be some of the most illustrious scenes of the game. The main marriage benefits are the ability to teleport to your spouse, and some exclusive titles.

Overall, this marriage is ideal for those looking for an elaborate in-game wedding, or looking to receive all titles available, but not necessarily for those looking for deeper gameplay. Also note, the male character must pay for the betrothal gift (the proposal item), and the fees for a divorce if there is one.

For most MMOs, the main attraction of getting married is the elaborate wedding, with a few little benefits on the side. MapleStory flips this by having a simple wedding with some pretty decent marriage benefits. Uniquely, they feature a spousal chat that’s separate from the other chat-types, making it easier to have a distinct conversation with your partner without needing type in their name for whispering frequently. Additionally, there are special quests for married couples that give unique and strong benefits to each partner. This alone is the reason that many people get married in MapleStory, and some even choose to marry their own alternate characters just for this.

Unfortunately, there is no same-sex marriage in this game either, meaning you will have to find an opposite-sex character to marry in the game (this game also doesn’t feature the ability to reroll character gender/traits like in many other MMOs, so if you’ve already made your character one gender and want to marry someone who has a character of the same gender, then you’re out of luck).

While World of Warcraft may not feature a formal marriage system, its free-to-play counterpart does. Often compared to the giant WoW, one of Rift’s many cosmetic differences is in its wedding ceremony. Though almost all benefits are cosmetic, the marriage provides some unique achievements and equipment that can only be obtained that way. The wedding is surprisingly optional, though definitely recommended if you’re into them. It features a unique tribal-like ritual with a strong connection to nature that isn’t always seen in-game weddings. Marriages also have no race or gender restrictions in this game. 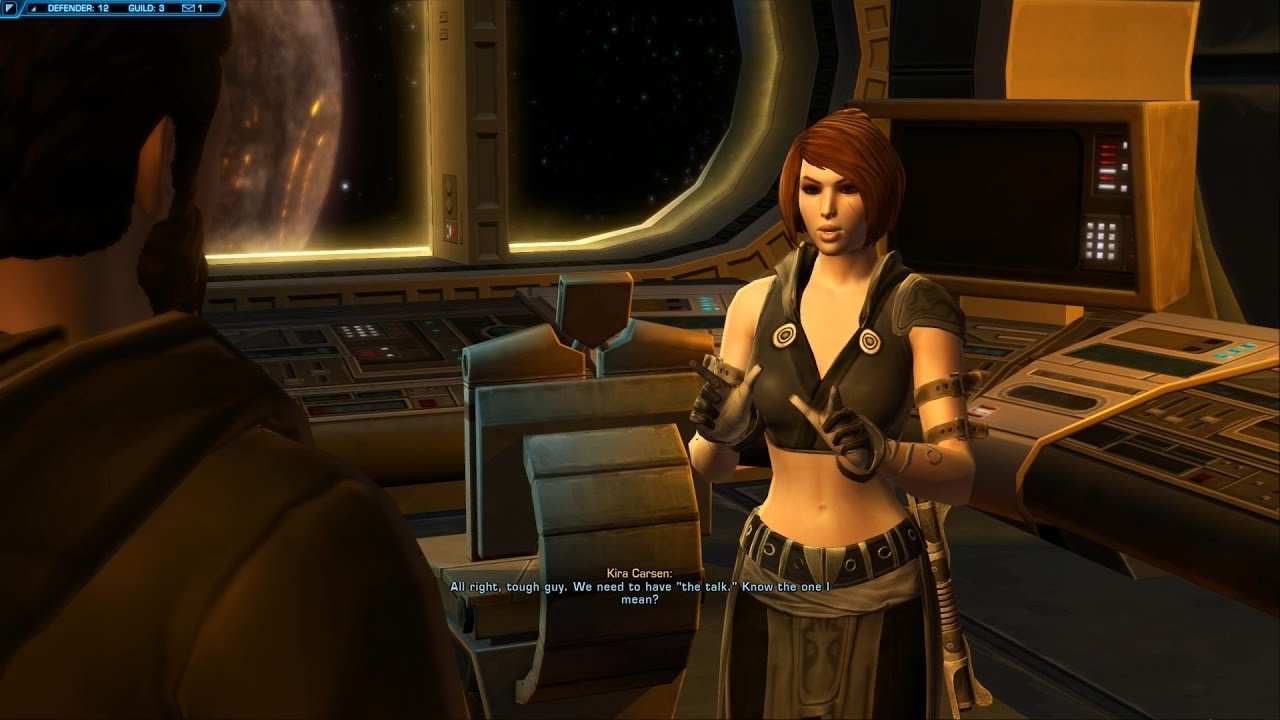 While most MMOs that have a marriage system allow you to marry another player, Star Wars: The Old Republic actually has you marry an NPC. Throughout the game, you are given the option to romance various NPC companions that join you on either side. Originally class and gender restricted, you’re now able to choose between a large variety of companions to romance.

While this marriage is mostly valued for its story elements, getting married to a character can also boost certain skills and rewards that the character can yield. As such, it can also be a strategic choice to marry someone you find useful. This is also one of the few MMO marriages to not be shown on screen. 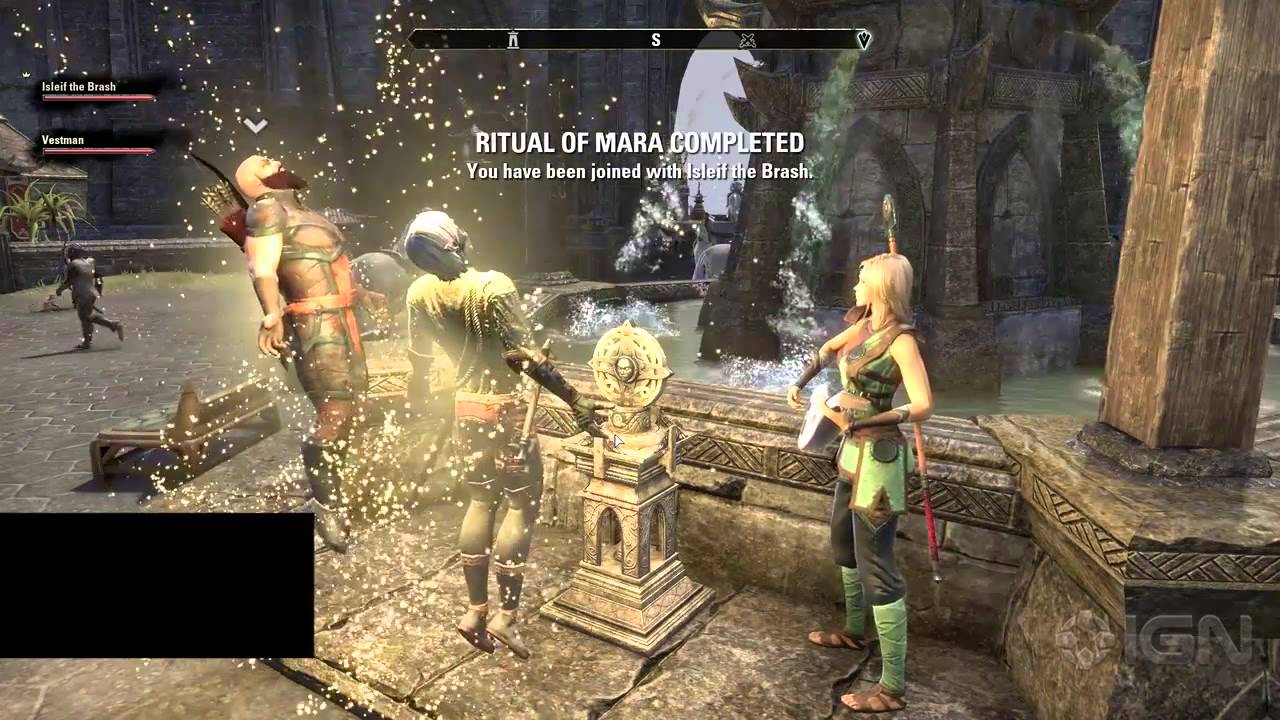 Not only will Skyrim fans be happy to see that ES:O has marriage, but it also features one of the best marriage benefit systems of any MMO. If both you and your spouse are online with your wedding ring equipped, you each receive a 10% experience bonus to everything you do. This makes leveling much easier, and can speed up the process for pretty much everything in the game. The ceremony is a pretty simple one, however, being more about soul-binding than actually marrying someone.

As far as in-game weddings go, Final Fantasy’s Eternal Bonding Ceremony has got to be one of the most extravagant out there. With no gender-based restrictions, players have the choice between three different ceremonies, each with their own benefits and rewards.

The marriage system in FFXIV allows for the player to teleport to their partner for free, and also gives a plethora of rewards they can receive. These rewards are mostly cosmetic, but include a unique two-seater mount. The main benefit to getting married in Final Fantasy XIV is the extravagant and customizable wedding, as it rivals many real-life weddings in terms of quality and elegance.

Interestingly, same-sex unions in MMOs are typically supported by the fanbase, and but some companies defer because of political reasons (for example, MapleStory owner Nexon does not include same-sex marriages in its game because of Korean politics). Despite this, many fans argue for same-sex unions, since most MMOs have a higher rate of female characters in them, such as in Guild Wars 2. Even games that have a higher male fanbase tend to have more female characters. This is most likely why more recent MMOs have begun to allow these marriages, along with changing North American politics.

Sadly, there are many great MMOs out there without a marriage system, including the ever-popular World of Warcraft. That hasn’t stopped hundreds of players from performing their own wedding ceremonies, especially for the players who are married in real life as well. No matter what MMO you’re interested in, there is a way to create the perfect wedding for you (just be careful what server you’re on if you don’t want uninvited guests).