No video game is complete without a good protagonist. Sure, cool settings and tense plotlines are great and all, but at the end of the day, all the best stories are about compelling characters. This is even truer in the case of video games; as players, we don’t just watch the stories of these characters, we experience them. 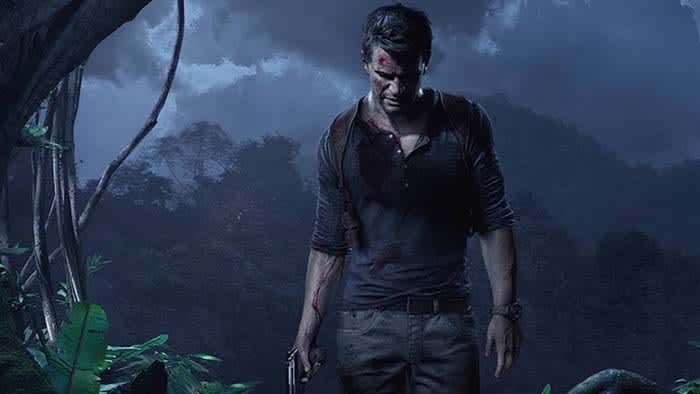 Over the years, the world of gaming has seen more than its fair share of strong heroes, and it’s hard to narrow down such a crowded field to the 10 best. That said, here’s our lineup of gaming’s 10 most iconic heroes.

Soap beat out Lara Croft from Tomb Raider and Dante from Devil May Cry by just a hair.

When Soap first arrives in the original Call of Duty 4, he’s about as green as it gets. Taken under the wing of the gruff, no-nonsense Captain Price, Soap soon grows into an elite veteran soldier.

In Modern Warfare 2, he’s the commander of his own special operations unit, no longer the raw recruit we first guided through a SAS training run.

By Modern Warfare 3, Soap is a hardened soldier; as players, one of the most gratifying parts of the Modern Warfare series is taking that journey along with Soap. Like him, we start as recruits and end up as hardened professionals.

Gordon Freeman is a man of many talents. Not only can he complete equations complex enough to make your head spin, but he can also stop an alien invasion almost singlehandedly using little more than a crowbar.

Gordon is a scientist-turned-reluctant warrior, and it’s that experience that separates Gordon from the typical gruff FPS protagonist. His background lets us experience different perspectives and encounter some even weirder science along the way.

With more than 100 games spanning multiple systems, it’s undeniable that this intrepid blue adventurer has left his mark on gaming. Mega Man is an originally mild-mannered android that reluctantly takes up arms to defend the world from (usually robotic) threats.

With challenging levels, unique boss battles, and a host of different powerups, Mega Man takes a simple formula and perfects it. He’s a classic hero in every sense of the term.

When we first met Ezio, it was hard to imagine that the mischievous playboy would one day become the most elite and respected assassin of all time. However, throughout several games, he becomes exactly that.

Though the Assassin’s Creed series has its share of strong protagonists, as players we essentially get to live out Ezio’s entire life, from youth to old age. He’s one of the richest and most well-developed characters in the series, and he left an indelible mark on fans around the globe.

Big Boss is as much a philosopher as he is a warrior. Not content to merely fight the wars of others, Big Boss makes it his life purpose to change the world. Though he starts as a young idealist and a true hero, series veterans will know that he eventually ends up as one of the main antagonists of the series.

The Metal Gear Solid prequels allow players to experience Big Boss’s complicated and tragic backstory, and in true Metal Gear fashion, eventually, realize that he may not have been a villain after all.

Heck, his clone is Solid Snake who is another great character that almost made this list. Big Boss is the definition of an iconic character, and he’s a staple in gaming history.

How Hideo Kojima created the characters of Metal Gear

Commander Shepard’s story is your story. Sure, there are a few things out of your control… but as a player, you have a whole galaxy’s worth of choices and decisions at your fingertips. From choosing your appearance, your squad, or how you act in a particular scenario, there are almost unlimited possibilities when it comes to how you want to experience Commander Shepard’s journey. Even though we’re still playing a character, we get to play them exactly the way we want to as players, which makes Commander Shepard an even more powerful and defining hero.

Sorry Cloud Strife from Final Fantasy VII, there is only room for one pointy-eared swordsman on this list!

Link has seen more than his fair share of action over the years, growing from a few green pixels to the blue-eyed hero we know today. This intrepid adventurer never gives up, no matter what the forces of darkness throw at him. He may sometimes come off as inexperienced, but that just makes him all the more relatable. His tenacity and courage leave an indelible mark on players and fans.

We were close to putting Samus Aran on this list, but Link and a certain someone else from the Super Smash Bros. roster won out overall!

A modern-day Indiana Jones, Nathan Drake has a sharp mind, tenacious attitude, and a wise-crack for every situation. He’s not the typical stalwart hero. He’s got plenty of flaws of his own and is perhaps one of the most relatable characters in gaming. He’s just an ordinary guy facing down extraordinary (and sometimes supernatural) circumstance. That makes him all the more human… and a hell of a lot of fun to play.

The tale of Arthur Morgan is a long one, but completely worth the journey. Despite a laundry list of characters you meet along the way, at the end of the day, Red Dead 2 is Arthur’s story. Arthur Morgan is an outlaw with a gruff exterior and a heart of gold despite his flaws. All he wants is to do what’s right for himself and those he cares about. His story is filled with betrayal, joy, heartbreak, and every emotion in between. When we start the game, Arthur is essentially a stranger to us, but by the time the credits roll, he feels like family, and it’s an exceedingly difficult goodbye.

Was there ever any doubt? The king of gaming’s heroes retains his crown. With adventures spanning worlds, consoles, and many years, this red-shirted plumber does it all with a smile and unflappable positivity. No matter what new evil comes to bear, Mario will do anything to protect those in harm’s way. When you think about a video game character, Mario is probably the first one that comes to mind. Mario is, simply put, the best.

So, did we miss anyone? Let us know in the comments, and check back with Softonic for more gaming-related goodness.