To the average person, trying to assemble a rock collection doesn’t sound like a very evil thing to do. To the Marvel fan, however, saying you want to collect the Infinity Stones raises as many red flags as running around screaming “Hail Hydra!” or “the Skrull are coming!” As Kevin Feige has been saying the past 11 years, “It’s all connected.” All 20 films starting with “Iron Man” and ending with “Captain Marvel” (with more yet to come) exist in the same continuity as each other, all pushing the meta-narrative towards greater heights, danger, and box office records. 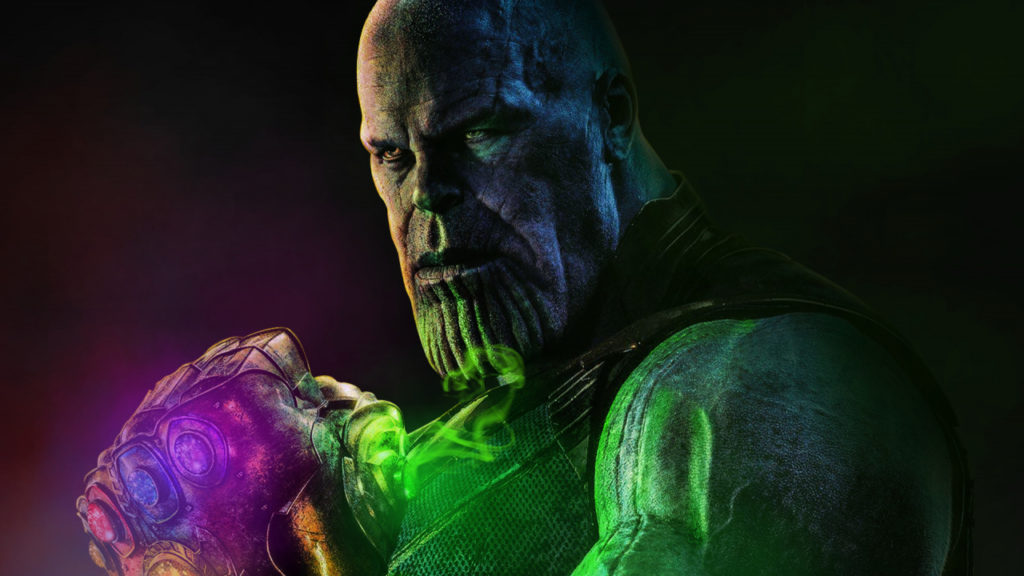 Lurking in the background – and finally taking the forefront in “Infinity War” – are the Infinity Stones. Whether you’re new to the MCU or are a veteran trying to refresh your memory, here’s a quick rundown of any and everything you need to know about these uber powerful, all-encompassing, planet-melting plot devices.

Where did the Infinity Stones come from?

As The Collector excitedly explains, the Infinity Stones were created with the big bang. They are remnants of the beginning of the beginning, possibly (though unconfirmed) created by four Cosmic Entities: Infinity, Eternity, Entropy, and Death.

The explosion propelled the six stones apart, scattering them across the universe. Only beings of great strength are able to hold them, with fewer still able to actually use them. Eson the Searcher was one such being (shown in the video holding the purple stone) able to do so, and destroyed an entire planet.

And he only had one of them. Shortly after the beginning of “Infinity War,” Thanos has two.

How many Infinity Stones are there?

Which Infinity Stones does Thanos have?

With the power of the Infinity Gauntlet, Thanos can harness the power of all six stones combined, making him capable of virtually anything – even destroying half of all life in the universe.

What do the Infinity Stones do?

Each Infinity Stone is a capsule of vast power related to its namesake. The way this is portrayed in the MCU is as follows:

The blue Space Stone is the one we’ve seen the most. Red Skull tried to utilize its abilities in “Captain America: The First Avenger”, but Hydra did not truly understand what they were dealing with. As such, the stone jettisoned Red Skull into space where he wouldn’t be heard from for decades … or 18 movies.

The Space Stone was also in the Tesseract, which played a vital role in “The Avengers,” where it served as the gateway by which Loki was able to travel to Midgard with an army of angry Chitauri.

This stone grants Thanos the ability to warp space, teleporting from planet to planet like it’s nothing. It also allows him to open portals so he can phase in and out of locations, evade attacks, and – when combined with the Power Stone – even throw moons at people.

The Power Stone was the plot device in the first “Guardians of the Galaxy” film, the small purple stone that Star Lord stumbles upon at the start of the story. Ronin the Accuser was sent to deliver the stone to Thanos, but jealously kept it for himself.

The Power Stone serves as sort of an unbridled battery, a turbocharge that by itself is the pinnacle of raw untamed energy – the kind that can destroy planets with a single hit. It allows Thanos to shrug off mighty attacks, hit harder than anybody else, and let loose deathly energy strong enough to overpower even Iron Man.

When it’s combined with other stones, however, the Power Stone really hits its stride. Imagination is the limit when you combine immense power with the ability to tear holes in space, turn back time, or warp reality. At the start of “Infinity War” we learn that Thanos has already taken the stone from the Xandar government, where the Guardians of the Galaxy left it to be safeguarded. At the start of the film, Thanos is already in possession of it.

We first saw the red Reality Stone in a strange liquid form known as the aether in “Thor: The Dark World.” As with Red Skull and the space stone, when an Infinity Stone falls into mortal hands who don’t know what they’re dealing with, things get … weird.

“Dark World” showed the Reality Stone to be incredibly unstable, causing wormholes and rifts to open – kind of like a Space Stone that can’t get its act together. In Thanos’ hands we get a clearer idea of just what it is the Reality Stone can actually do: Create powerful and complex illusions, and temporarily alter reality to appear the way you want.

The stone can also be used in combat to pretty scary effect – effortlessly turning people into silly piles of geometric shapes and inanimate objects.

The green Time Stone was introduced in “Dr. Strange” as the power housed in the Eye of Agamotto. Arguably the most powerful stone of the bunch, the Time Stone lets the user travel back and forth in time on a whim, making them capable of undoing literally anything.

Dr. Strange used the powers of the time stone to defeat Dormammu by forcing him into an endless stalemate where he could return from death indefinitely. During the battle on Titan, however, the Doctor conceded the stone to Thanos in exchange for him sparing Tony Stark’s life.

We’ve seen the yellow Mind Stone in “The Avengers,” “Age of Ultron,” “Civil War,” and “Infinity War,” though it’s changed hands a number of times. It was first given to Loki at the start of “Avengers” as a scepter – a weapon with which he could conquer Earth. The scepter allowed Loki to do two things: Fire powerful blasts of energy, and corrupt the minds of anyone he chose.

Poor Hawkeye. At the end of “Avengers,” the scepter was taken, eventually falling to Hydra following the events of “Captain America: Winter Soldier.”

The Avengers were able to retrieve the scepter at the start of “Age of Ultron,” but once the mad robot was unshackled, he broke the Mind Stone out of the scepter and implanted it into the yet-to-be-born Vision, a synthetic entity meant to be his replacement.

The Vision used the stone over the course of the movies to deadly effect until the closing events of “Infinity War.” Vision was destroyed by Thanos, and the Mind Stone taken – it was the final stone Thanos needed.

The orange Soul Stone is the most mysterious of the bunch, and is the only one whose powers have not been expressly stated. Before “Infinity War,” Marvel fans were clamoring for any details on the stone’s location, often leading to outlandish theories. As it turns out, the only one who knew the location of the final stone was Gamora, who had earlier discovered it on the planet Vormir.

Thanos took Gamora to the planet and found it to be the place where Red Skull was transported so long ago. Red Skull revealed to him that the stone would only come to him at the price of something he cared deeply about. Thanos was forced to kill his own daughter on the spot in pursuit of the stone.

What does the Soul Stone do?

What the Soul Stone is capable of is up to speculation, but chances are, it was the stone most responsible for the ‘deaths’ of so many character at the end of “Infinity War.” Since we’ve already gotten a trailer for “Spider-Man: Far from Home,” it’s probably safe to say that many of the roster will be returning shortly.

The directors of “Avengers: Endgame” have already confirmed that the orange location we witnessed at the end of Infinity War is indeed Soul World, a dimension housed inside the Soul Stone. Expect to see Soul World play a big role in “Endgame,” and we’ll likely be seeing many ‘deceased’ characters make an appearance there. At least until something – or someone – can free them.

They are not. This was confirmed towards the end of “Infinity War” when we saw Scarlet Witch use her powers to explode the mind stone, killing Vision in the process.

While they can be destroyed, it takes a lot of power to be able to do it. So far, Scarlet Witch remains the only example, but there could well be others.

Can Infinity Stones be reversed?

Yes, they can. Immediately upon arriving in Wakanda, we see Thanos casually remark about the pointlessness of Vision’s death … as he uses the Time Stone to bring him back to life before ripping the Mind Stone from his head.

Does this mean the Time Stone could also reverse the effects of the Soul Stone, bringing back the cast? It could! Though it probably wouldn’t be Thanos who does it.

We hope this guide has brought you up to speed on one of the most pivotal continuity elements in the MCU, and are eager to see what’s in store come April 26 with “Avengers: Endgame.”

Daredevil canceled – what the hell is going on at Netflix? ►