After Marvel Studios President Kevin Feige announced the new movie “Shang-Chi and the Legend of the Ten Rings” at San Diego Comic-Con, many fans had the same reaction:

“Who the heck is Shang-Chi?”

If this was you, then you need to read this guide to learn everything there is to know about this master of Kung-Fu before we get to see Simu Liu bring the character to the big screen.

Shang-Chi first appeared in 1973. He is known as the master of Kung-Fu. In 1972, there was a wildly popular show called “Kung-Fu.” Kids loved it. It starred a martial arts student who learns the way of the fist from his sensei. The famous “if you can snatch the pebble from my hand…” line as well as calling your pupil “grasshopper” originated from this show.

Marvel wanted to adapt the show into a comic series but was denied by the show’s network. So, Marvel made a similar comic series to capitalize on the growing Kung-Fu fad. Basically, Shang-Chi is a ripoff of a popular ’70s TV show.

His dad is a complicated man 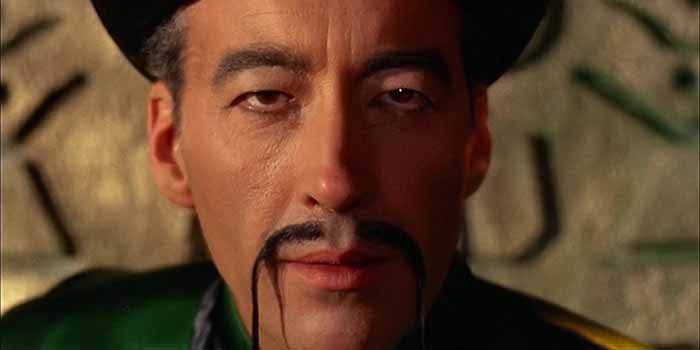 According to his origin, Shang-Chi is the son of Fu Manchu. However, this was changed in later comics.

For those who don’t know, Fu Manchu was a character played by Christopher Lee in the 1960s. He is an evildoer who veers headfirst into Asian stereotypes… and he was played by a white guy. Needless to say, Fu Manchu was a very racist depiction.

However, Fu Manchu was very popular when he was around, so Marvel got the rights to make Fu Manchu comics. Later on, Marvel lost the rights to Fu Manchu, which left them with a predicament with Shang-Chi. In 2010 in an issue of “Secret Avengers” it is discovered that Fu Manchu was merely an alias, and Shang-Chi’s father’s true name is Zheng Zu.

Marvel would probably rather not make a Shang-Chi movie altogether than make one with the PR nightmare that is Fu Manchu, so losing the rights to him was a blessing in disguise. 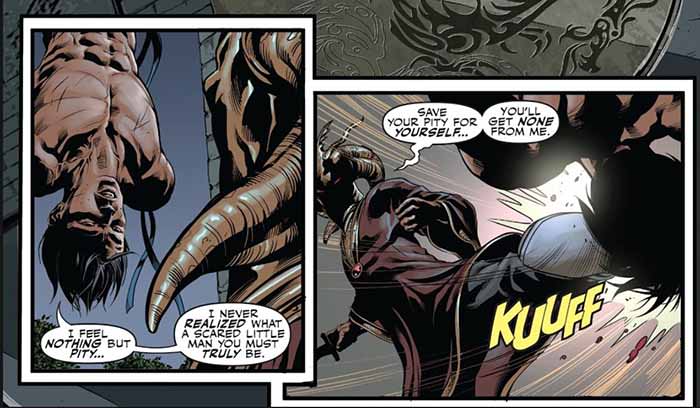 Later on, Zheng Zu faced even more development. He soon became the ruler of the Ten Rings, taking on the mantle of the Mandarin. As the new Mandarin, he led the Ten Rings to try to overthrow K’un L’un (more on that later), but was ultimately stopped by Shang-Chi.

Although Shang-Chi mainly relies on hand-to-hand combat, he does at times use a sword, a staff, and nunchucks. However, he’s got nothing on Michaelangelo.

Later on, Marvel realized that if you don’t have superpowers, you can’t really stand out in a world of superheroes. As a result, Shang-Chi obtained the ability to create copies of himself.

What is his story?

Shang-Chi is the son of Fu Manchu (Zheng Zu) and a white American woman who his father genetically selected.

Not much of a love story.

Fu Manchu trained Shang-Chi in the ways of martial arts and being an assassin. While on a mission for his father, Shang-Chi learned that Fu Manchu was actually evil. He then swore to his father that he’d devote his life to taking him down.

Basically, most Shang-Chi comics are about him thwarting his father’s various plans.

Despite his controversial beginnings, Shang-Chi was a pretty big hit for Marvel. He appeared in several more special editions and even fought alongside other martial artists like Iron Fist and even became an honorary Avenger.

In fact, he once joined forces with the Avengers alongside Captain America to thwart the Mandarin and save the world. 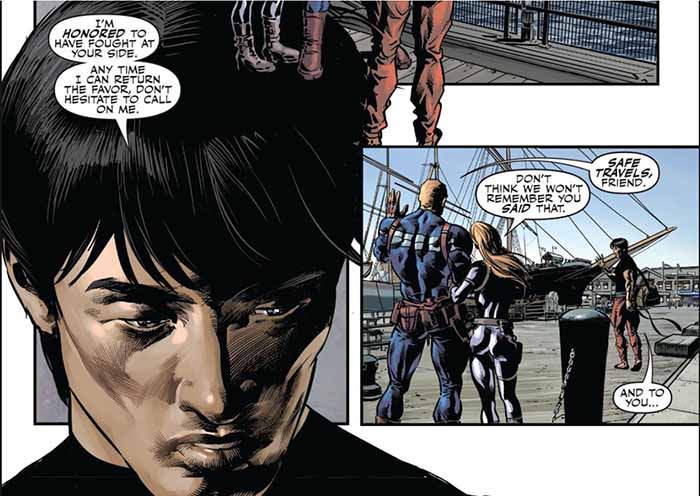 Quite often, Shang-Chi is a secondary character in most stories and another character like Iron Fist or Captain America has the lead role. 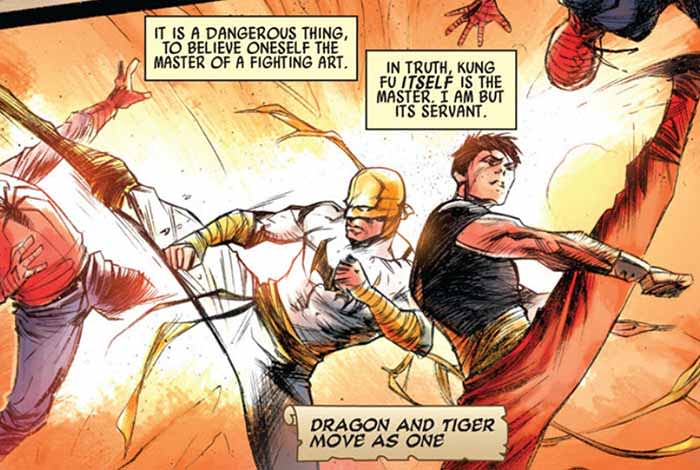 Although they have a few differences in their powers, Shang-Chi and Iron Fist have a lot in common. First off, both of them have a shared bond with the mystical land of K’un L’un.

K’un L’un is a hidden world filled with monks who train night and day in martial arts. Their champion is the Iron Fist who is a living weapon filled with all the power of K’un L’un.

Although they are both martial artists, they have different fighting styles. Iron Fist heavily relies on his abilities as the living weapon to make his fists glow with fiery energy for more devastating attacks.

Although Shang-Chi has the ability to copy himself, he seldom uses it. He prefers to fight hand-to-hand rather than on other methods. As a result, even Iron Fist has admitted that Shang-Chi is the greatest martial artist in the world.

Despite their similar fighting styles, Iron Fist and Shang-Chi have very different personalities. Iron Fist’s abilities as the living weapon make him overly confident and cocky with his abilities. Also, Iron Fist finds pleasure in thwarting his enemies while Shang-Chi views his battles as a necessary evil. 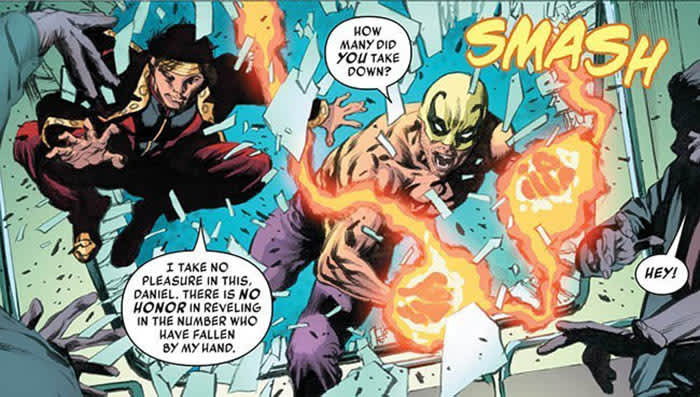 Who are the Ten Rings?

Man, where were these things when the Avengers needed them against Thanos?

Basically, the Mandarin is one of the toughest guys around, and he is hellbent on world domination. As a result, the Ten Rings follow him for a piece of the action.

The Ten Rings have already made their presence known in the Marvel Cinematic Universe. They were the terrorists who captured Tony Stark in “Iron Man.” They also assisted Whiplash in “Iron Man 2.” Finally, in “Ant-Man,” a member of the Ten Rings was at Pym Laboratories.

The Ten Rings were also featured in “Iron Man 3.” If you remember, Ben Kingsley played an actor who was playing the Mandarin. However, in a special Marvel made afterward, fans learned that the real Mandarin was actually out there.

What will the movie be about?

Marvel hasn’t revealed much about “Shang-Chi and the Legend of the Ten Rings,” so this is just a theory. It will be directed by Destin Daniel Cretton. Tony Leung will play the Mandarin.

Do you think “Shang-Chi and the Legend of the Ten Rings” is going to be a decent movie, or do you think it will be a swing and a miss? Let us know in the comments below! Also, make sure you share this guide with your friends so they can learn about Shang-Chi as well!