Happy birthday, Photoshop! The story of the world’s most famous photo-editing software

When we think about image retouching, one word inevitably comes to mind: Photoshop. There are many programs for editing image files, but Adobe’s software has become on its own merits a benchmark for professionals and amateurs who want to improve their photos.

2020 marks the 30th anniversary of the first version of Photoshop, a piece of software that came into our lives in February 1990 and hasn’t left since. To celebrate this milestone, we’ll revisit the history of Adobe’s most famous program.

Although Photoshop was released on February 19, 1990, its history goes back a bit further: the predecessor of this software was Display, a program created in 1987 by Thomas Knoll, a student at the University of Michigan, to process monochromatic images on Macintosh. 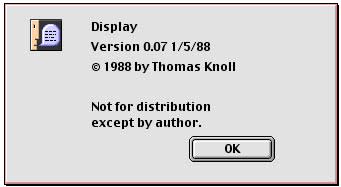 The project caught the attention of his brother John, who at the time worked at Industrial Light & Magic (yes, the creators of the special effects in Star Wars, Indiana Jones and Ghostbusters). The two siblings worked side by side to turn Display into a program with many features that could be used on color monitors. And so Imagepro was born and later evolved into Photoshop, which was only available on computers with Mac OS.

Want to see how the first Photoshop version in history worked? Check out this computer archeology video!

It wasn’t until the end of 1992 that Photoshop reached computers with Windows. In this first version for Microsoft’s system, a widely known feature made its debut: Filters. With it came the famous predefined filters that could dramatically change the look of photos with minimal effort, an option that is still around today: as you may have guessed, Instagram filters and other current apps are the grandchildren of these early Photoshop “presets.” 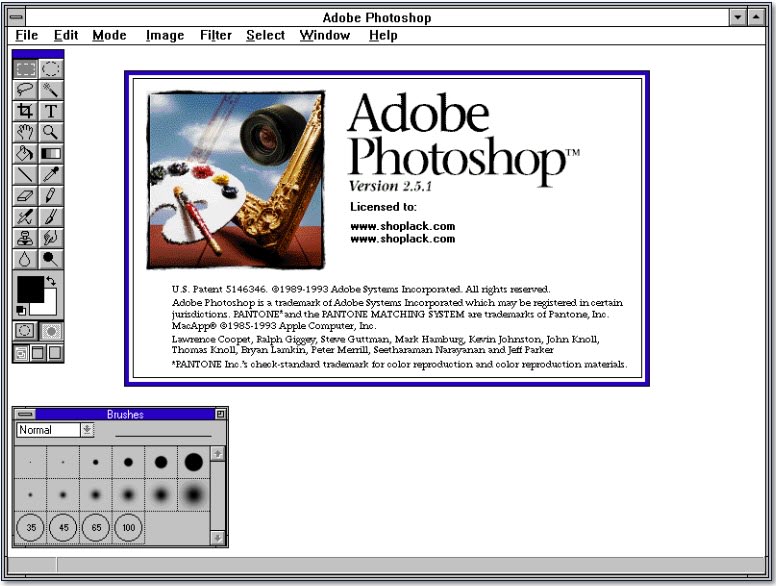 Photoshop 3.0: More layers than an onion

Photoshop wouldn’t be the same program today without layers. It wasn’t until version 3.0, released in 1994, that the software gained this essential feature.
Although the Photoshop interface in the mid-1990s was a far cry from the current one, the features we use today were starting to appear. 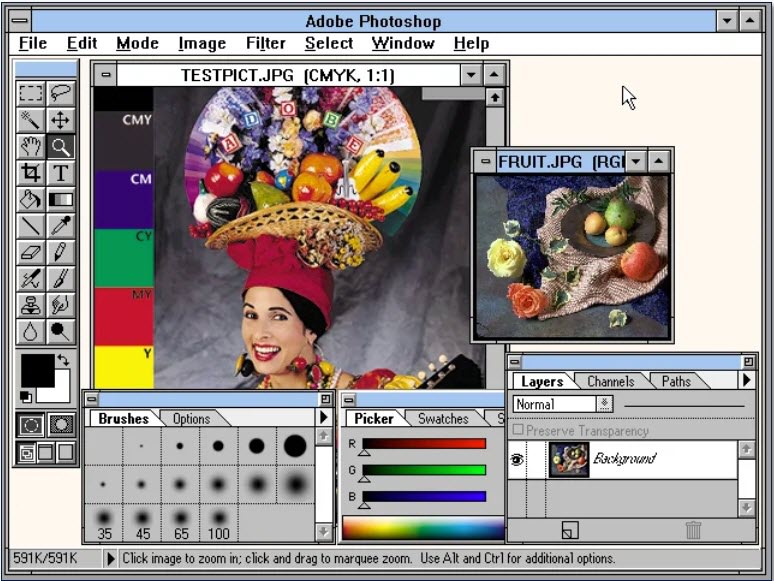 It’s hard to believe, but it wasn’t until 1998 that the program gained a function that we find completely essential today: the ability to undo multiple edits at once. This feature came with the fifth version of Photoshop, appearing in the “History” window. We could finally stop saving multiple versions of the same file in case we messed up! 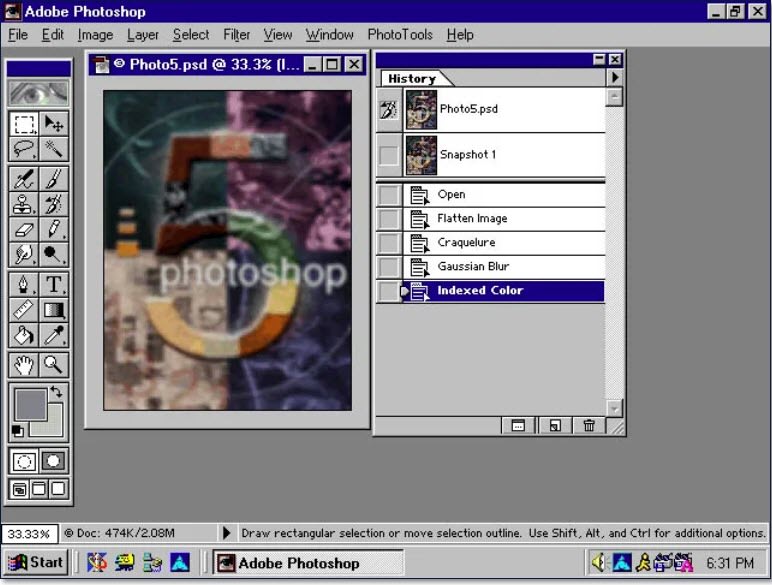 With the turn of the millennium, Photoshop celebrated its first decade, a time when Adobe significantly upgraded its photo-editing program with a more modern interface. The qualitative leap of Windows XP (which, according to some nostalgic users, is still the best Windows) had something to do with it.

The Photoshop versions of the early 2000s saw some of the biggest improvements: the essential “liquify” button and the red-eye tool.
Also, the days of retouching scanned photos were over: with the advent of digital photography, images could be directly accessed on the computer. And so, in the early 2000s, Photoshop gained RAW image-processing options, the standard for professional photographers. 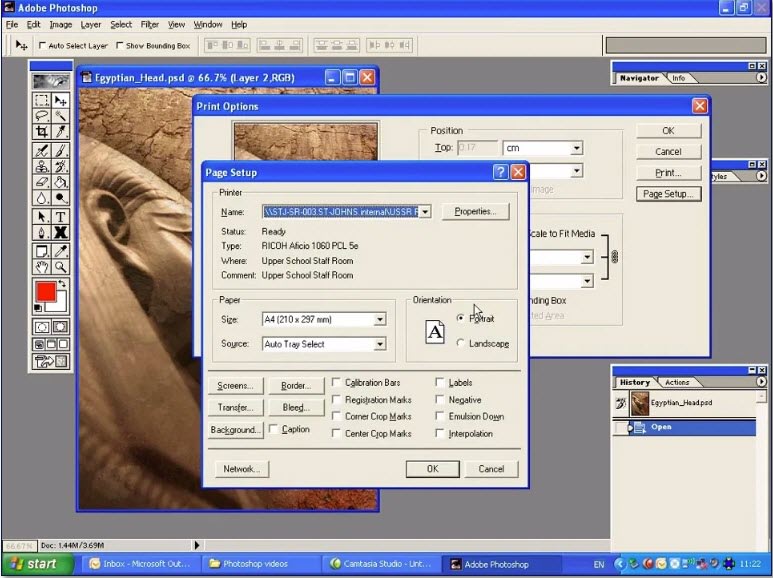 When it came of age in 2008, Photoshop debuted in an online version: Photoshop Express. This meant we no longer had to download anything to do basic photo editing.
Although Photoshop Express wasn’t the first online image-editing tool, Adobe managed to differentiate itself from the competition by offering free cloud space to its users, integration with the different photo services of the era and a simple interface that made image retouching accessible to even the most novice users. 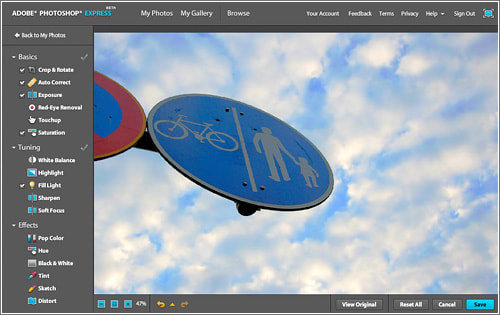 Adobe Creative Cloud: a subscription that changed everything

As Adobe’s family grew, traditional Photoshop also significantly upgraded during the 2010s. After 20 years, Adobe’s software was no longer just the benchmark for image editing, but also an essential tool for creators in all sectors and at all professional levels: designers, photographers, artists, filmmakers and much more.

That’s why Adobe continued to improve the integration between Photoshop and the rest of its Creative Suite products (Illustrator, After Effects, Premiere, etc.) and launched a new product in 2011: Adobe Creative Cloud. 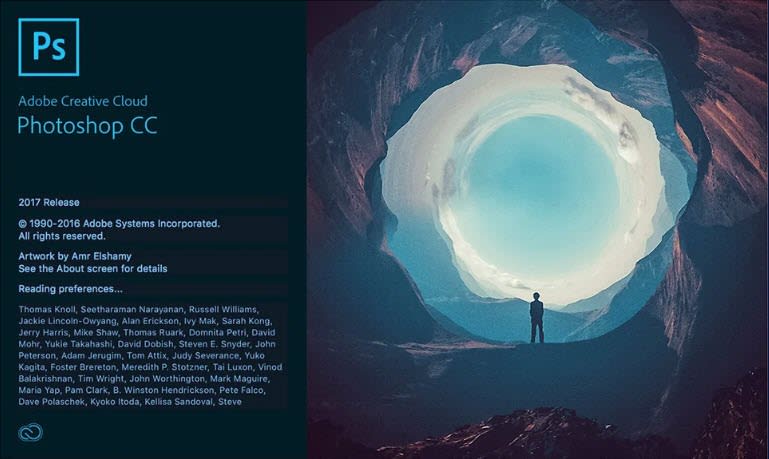 And so the traditional model of buying a program in a certain version gave way to the software as a service model: instead of buying the program one time, you purchase a subscription. That way, you only pay for what you need and always have the latest software updates. 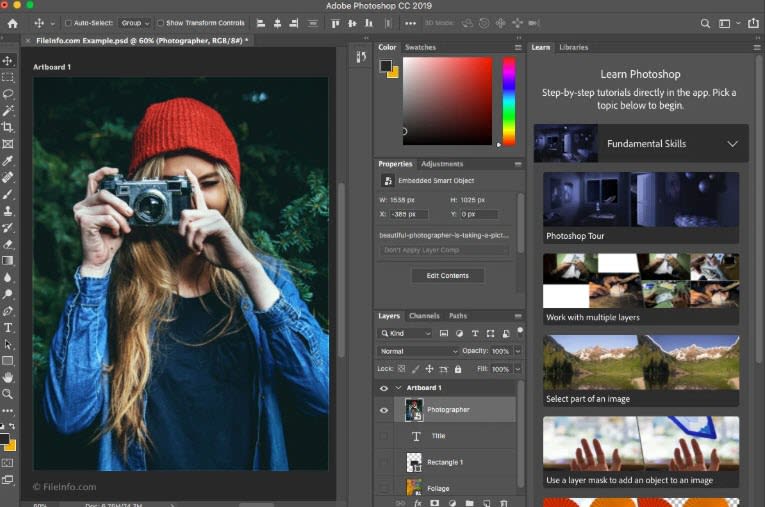 Happy birthday, Photoshop! To infinity and beyond

While continuing to upgrade its program for desktop, Photoshop has expanded its brand in recent years, adding versions to meet every need and powerful mobile editions that have no reason to envy the ones for PCs.

In fact, the old Photoshop Express has been an app for iOS and Android for a few years now, and the mobile app family has grown with Mix, Fix and Sketch, created for all graphic uses. 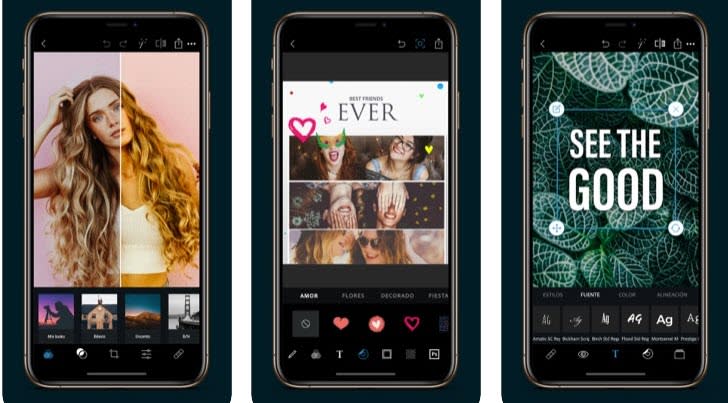 In addition, the paid version of Photoshop for desktop can also be used on an iPad. It’s no wonder, as a growing number of professionals use Apple’s tablet as their main work tool. 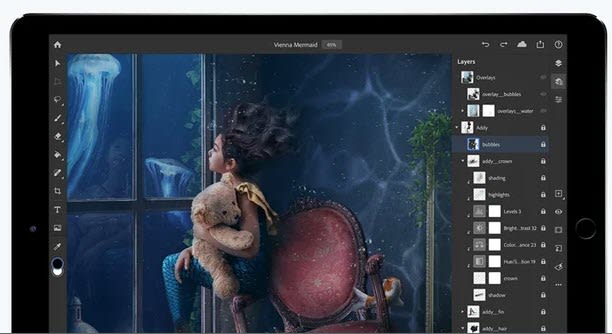 What does the future hold for Adobe Photoshop? That remains to be seen, but we have no doubt Adobe will keep innovating and staying ahead of the competition with its flagship software, the king that nobody has ever managed to dethrone.