The massive world of Red Dead Redemption 2 is packed full of secrets and easter eggs. Among these is a whole arsenal of melee weapons that can only be found in hidden locations scattered around the world. Follow our guide below to see how you can get your hands on these razor-sharp additions to your arsenal. 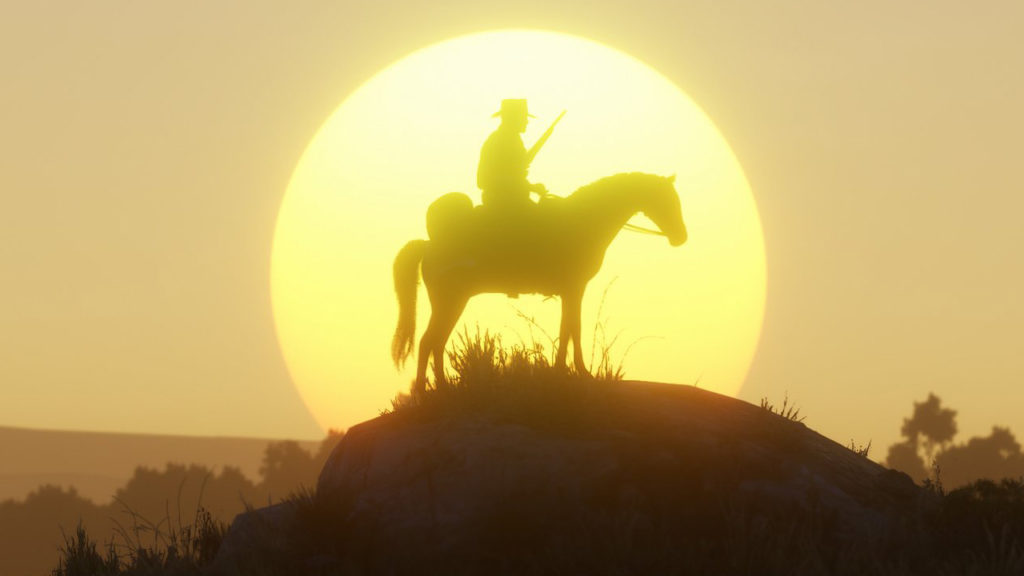 How to find all secret melee weapons in Red Dead 2

On the northern tip of Roanoke Ridge, you’ll be able to find a Viking burial site hidden in the trees just of the main road. It’s not too hard to spot. Just look for the rocky looking ruins in the woods.

Inside, players will find a host of tunnels containing the corpses of buried Vikings, as well as a sacrificial altar at the center of the ruins. The Hatchet is embedded just next to the altar. While you’re there, you can also head into the tunnels to grab a unique Viking Helmet for your wardrobe.

The Viking Hatchet, while not quite Thor’s Hammer, is still a deadly close-range weapon. It’s complete with runic markings and other embellishments that make it look like something right out of Skyrim.

To find the Double Bit, head northwest into the woods from Wallace Station. You should be able to see a small black dot on the map at this location that will help you mark it.

Once you’ve arrived you’ll come across the foundations of a long-ruined cabin. Head to the rear of the structure, behind the stone chimney, to find a tree stump with the Double Bit wedged into it. Beware: this is bear country and bears like to hang around this location. Bring the big guns with you.

As the name implies, the Double Bit has two blades on the head for double the fun. Like all hatchets, it can be thrown or used in close combat.

For this one, head to the northern end of the mining town of Annesburg. Look for a pair of shacks marked on the map and you’ll know you’re in the right place.

Once in Annesburg, look around for this stump, located in front of the wooden frame of this house. The Rusted Double bit is embedded in it.

The Rusted Double Bit is nothing more than a reskin of the standard Double Bit. It’s weathered and worn, with, you guessed it, some rust on the blade.

The Hewing Hatchet is located up north, on the southern shores of Moonstone Pond. You can get there easily by heading north from Emerald Ranch.

At Moonstone Pond, you’ll find the ruins of a cabin, destroyed by a fallen tree. Perhaps the owner was a bit too hatchet-happy? You can grab the Hewing Hatchet from the stump in front of the cabin.

The Hewing Hatchet boasts a hefty silver head and thick handle, perfect for felling trees… or your enemies.

The Ancient Tomahawk can be found on the northern edges of Ambarino, near the Wapiti Indian Reservation. It’s just off the main road that loops around the lake.

You can see the Tomahawk’s location from the road. It’s been stuck into a broken target. Someone apparently has a strong throwing arm.

The Ancient Tomahawk can be found in your inventory with other Throwable Weapons. It’s a reskin of the standard Tomahawk, decorated with Native American wraps and carvings.

To find the Wide Blade, you’ll need to head to a mineshaft on the western side of Big Valley in West Elizabeth. It’s marked on the map as Boyle’s Dream, and there’s a small path leading right to the entrance.

Once you’ve arrived, head inside the mine to find a dynamite plunger. You’ll be prompted to press it. Do so, and you’ll blow a hole in a rockpile further down the shaft. Crouch under the entrance, and you’ll stumble upon the corpse of a miner a bit further in. The Wide Blade knife is sticking out of his back, and you can also lift the unique Miner’s Hat from his body.

The Wide Blade, as the name implies, boasts a hefty blade and unique curved wooden hilt. It’s actually a rather elegant looking weapon, despite being buried in a cave.

The Antler Knife can be found in the woods of West Elizabeth. Head slightly northwest from Hanging Dog Ranch to find it at the marker above.

Once you arrive, you’ll find a grizzly scene. The bloodied corpse of a hunter has been pinned beneath a dead bear. It appears that they both killed each other, and you can grab the Antler Knife from the tangled bodies. You’ll also want to keep an eye out for roaming wolves as you do so.

The Antler Knife is a thin, pointed blade taking its name from the carved antler hilt. Though small, it was apparently enough to fell a bear, so don’t take this knife lightly.

North of Saint Denis and just over the Border into Roanoke Ride is Fort Brennard. This ruined Civil War-era fortification is hiding a whole cache of goodies within its crumbling walls.

Once you’ve arrived at the Fort, head inside the walls and look for a low building inside. Head into the building and you’ll find a trap door in the back corner, concealed behind some crates. Drop down into the Fort’s basement, where you’ll discover this knife lying on top of some boxes. You can also grab a Civil War-era hat and a gold nugget before you leave.

The Civil War knife is a large, rusted bowie knife with a D-shaped handguard, making it just as useful for fistfighting as it is for stabbing. Though it could be in better condition, it’s still deadly.

Perhaps the most lethal melee weapon in the game, this sword can be located in the swamps southwest of Lemoyne and east of Rhodes. It’s on an island, so be prepared to get wet.

Once you’ve reached the shores, you can get to the island itself by swimming, but the waters are also shallow enough that you can take your horse across. Be warned: the waters are infested with gators, which could cause your horse to buck you and bolt. Bring some guns with you to take out the local wildlife, then find this wrecked rowboat on the island. The Broken Sword can be plucked off a skeletal corpse within.

Though broken, this sword will still do some serious damage in a fight. We recommend pairing it with the unique Tricorn Hat to bring the glory days of high seas piracy back to the Wild West.

The Jawbone Knife is a prize you get for collecting dinosaur bones for Deborah MacGuiness. You can find her in the Cumberland Forest. If you want to find all of the dinosaur bones, we recommend that you watch this video to find them all:

Now that you’ve found all these deadly blades to add to your stockpile, you’ll be sure to have the edge in close-quarters combat.

WhatsApp shows that talking to yourself can be normal