Why the Marvel Cinematic Universe works (and others don’t) 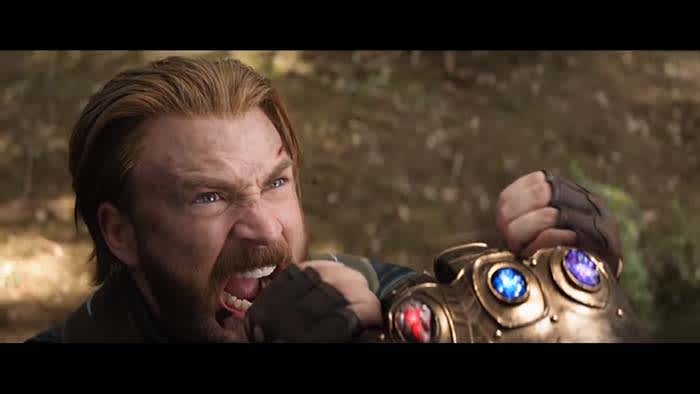 The enormous success of the Marvel Cinematic Universe cannot be overstated. In just a few weeks, “Avengers: Endgame” has passed “Titanic” as the second highest grossing movie of all time, and is rapidly approaching “Avatar’s” number 1 spot. In fact, MCU movies make up half the spots of the top 10 highest box office grosses ever.

This brings us to the billion dollar question, “How did Marvel overtake mega-franchises like Harry Potter and Star Wars with characters that were once barely a blip in pop culture? Also, why have all the other cinematic universes failed to match its success?

Why the Marvel’s Cinematic Universe works (and others don’t)

Building a universe (in a cave with a box of scraps)

In the 1990s, Marvel, like most comic book companies, was facing financial ruin. After filing for bankruptcy, Marvel attempted to save itself by selling off the film rights to its most popular characters.

Movie studios jumped at the chance to gain the rights to cultural powerhouses like Spider-Man and the X-Men (whose film rights were sold to Sony and Fox, respectively). Other Marvel characters, while beloved for decades by dedicated comic audiences, failed to break into the mainstream pop culture sphere. Characters like Thor and Iron Man are objectively cool, but they didn’t have the same draw as characters like Spidey or Wolverine.

After the breakout successes of Sam Raimi’s Spider-Man franchise and Fox’s X-Men series, Marvel decided to take out a loan of $500 million to create Marvel Studios. The idea behind Marvel Studios was that Marvel could use some of the lesser-known characters from its comic history to create a shared cinematic universe.

If the venture failed, the studio could simply liquidate itself and sell the film rights to its remaining characters to interested studios. Still owning the rights to the majority of the Avengers characters (most notably Captain America and Hulk), Marvel Studios attempted a bold strategy. They decided to make individual films of various characters before smashing them together in a massive blockbuster.

It was a bold and untried strategy at the time. Sure, studios had dabbled in crossing over their characters to modest success, (such as “Alien vs. Predator” or “Freddy vs. Jason”) but no studio had ever attempted to create a massive crossover universe out of an established property on this scale.

The only thing that was even close was the Universal Classic Monsters. From the ’20s through 1960, Universal created films with several monsters like Frankenstein’s Monster, Dracula, and the Wolf Man. From time to time, characters and their respective actors would cross over into other films. It was arguably a framework for the MCU, but it was a loose framework.

Marvel was the perfect property for this experiment, as the company had been crossing over its characters in the comics for decades.

Marvel Studios began with “Iron Man,” who was supposedly chosen to receive his own film due to his massive toy potential. The movie’s large budget, B-list main character, and at-the-time leperous main star Robert Downey Jr raised eyebrows among industry experts, who predicted a flop. In fact, Kevin Feige said Downey’s casting was the toughest fight he had with Disney. The 2008 movie was, as we all know, a massive success. It ended up singlehandedly recouping Marvel’s $500 million loan, convincing Marvel to move on with their experiment. The film made about $585 million, according to IMDb.

Iron Man’s approach to a cinematic universe was subtle. The film stood on its own, peppered with references to a larger universe (S.H.I.E.L.D, Nick Fury, the Avengers Initiative, etc) for hardcore Marvel fans to salivate over. The continued success of character films like “Captain America: The First Avenger” and “Thor” maintained Marvel’s momentum until the release of the groundbreaking first Avengers film in 2012.

In building up to “The Avengers,” Marvel focused on telling self-contained stories with compelling characters first, and on connecting these characters in a shared universe second. By making these formerly unknown characters worthy in the eyes of the public, they drummed up interest for their eventual crossover. It’s this sense of patience that allowed for Marvel to craft its cinematic universe into something that was worth keeping up with. Their system of “phases” made sure that every crossover paid off in a big way.

By building up audience confidence in their brand, Marvel was able to successfully dive deeper into their character library. Eventually, they pulled out then-unknown characters like Black Panther, Ant-Man, Doctor Strange, and the Guardians of the Galaxy. While the rival DCEU hoped that the enduring legacies of Superman, Batman, and Wonder Woman would lead to massive box office success, Marvel built character legacies from the ground up.

Every MCU movie ranked from worst to best

With more than 20 movies in its universe, it can be hard to avoid audience fatigue. However, Marvel successfully navigated this by switching up genres and directors within its films. The films can range from spy-thriller (“Captain America: Winter Soldier”), heist-comedy (“Ant-Man”), cosmic misfit comedy (“Guardians of the Galaxy”), to Afrofuturist epic (“Black Panther”). Marvel’s signature style of loose dialogue and lighthearted, self-aware tone allowed them to create a consistent brand amongst its wide variety of characters without becoming repetitive.

Marvel Studios president and MCU brainchild Kevin Feige has stated that each movie is made for its own individual story first.

While the grand crossover outlines are there, directors and writers are given plenty of freedom to craft their own stories. This, along with Marvel’s patience in getting audiences invested in its characters, is the main reason the MCU has seen the success that it has. It builds naturally to crossover events instead of shoving a crossover movie in your face that tells you, not shows you, that these characters are important.

Why are other cinematic universes struggling?

The runaway success of 2012’s “The Avengers” caught the attention of studio heads from across the world. The potential profits of a cinematic universe were massive, and every studio with recognizable characters immediately scrambled to follow Marvel’s lead. The most notable of these was, of course, DC.

With the release of 2013’s “Man of Steel,” DC had seemingly followed the formula set by “Iron Man:” create a standalone story with only cursory references to a larger universe. Unfortunately for DC, “Man of Steel” received only lukewarm reviews, with critics and audiences lamenting its dreary tone and color palette.

Sensing danger, DC decided to immediately move forward with its cinematic universe, or rather DC Extended Universe. DC continued with director Zack Snyder, whose bleak and pseudo-deep subversions of superhero narratives were clearly not resonating with audiences. The next film was “Batman v Superman: Dawn of Justice,” a film that was somehow overlong, stuffy, and unearned.

The movie immediately thrust new versions of Batman and Wonder Woman onto the big screen, failing to slowly build up the hype of a major crossover event.

By the time “Justice League” rolled around, DC showed that it still hadn’t learned how to properly build up a cinematic universe. It introduced more characters to the big screen without buildup (Aquaman, Flash, and Cyborg,) rapidly attempting to play catch-up with Marvel to no avail. It would have been ludicrous to think only 10 years ago that a movie starring a talking raccoon and a tree would become a cultural phenomenon while the Justice League’s long-awaited big-screen debut would get a lukewarm reception.

By not trusting audiences and slowly building up their characters, DC made their crossover movies feel like any old superhero movie instead of a massive crossover event. This, combined with DC announcing dozens of movies that have barely made it past development hell, shattered audience faith in DC to make a coherent cinematic universe.

DC has started to regain goodwill with their solo movies like “Wonder Woman,” “Aquaman,” and “Shazam!”  They are clearly moving away from lofty, pseudo-intelligent Snyder epics and more towards contained, tightly made stories. This has granted them significantly more critical and financial success, so it’s likely DC will focus on solo films for the near future.

Robert Pattinson is the next Batman… we’re being serious

Other cinematic universes have come and gone in the MCU’s lifetime. The X-Men franchise served as a sort of predecessor to the MCU, but its wildly inconsistent quality and haphazard continuity prevented it from fully achieving its potential.

Universal recently attempted combining their classic horror monsters into a modern cinematic universe known as the Dark Universe. Spearheaded with “The Mummy,” an action-packed Tom Cruise vehicle, the Dark Universe failed to take off before it really even started. Instead of creating a self-contained story that took place in a bigger world, “The Mummy” aggressively beat audiences over the head with setup for sequels and crossovers.

I mean come on, people; remember when they released a trailer for the movie without music?

This unsubtle, inauthentic buildup pushed audiences away, and the myriad of announced Dark Universe films are currently nowhere to be seen.

A particularly bold move is crossing over a bunch of properties that have nothing to do with each other (besides them all being owned by the same company). Hasbro is attempting to do this with its various properties such as GI Joe and Rom the Spaceknight. Hanna-Barbera is currently working on something similar with Scooby-Doo, Captain Caveman, and Wacky Races. It’s hard not to be cynical about mashups like these, as they seem to be brainchildren of studio executives throwing every remotely popular property they have into a blender. They are unfortunately completely skipping over the carefully laid groundwork of the MCU.

All in all, the safest way to create a cinematic universe is simply to copy the foundation of the MCU. Create a bunch of compelling individual characters and then cross them over once audiences actually care. Do not simply throw a bunch of recognizable characters together, hoping it’ll have the same impact.

Planning must be careful and slow, and the studio must balance out their grand plans with the desires of individual filmmakers to craft independently satisfying films. If you can strike this balance successfully, you end up with the MCU. If you fail, you’ll simply land on top of the pile of other cinematic universe attempts.

More about The Avengers

Which MCU weapon should you wield? (Quiz) ►