If we were to list each and every Easter egg and reference in “Avengers: Endgame,” we would basically recite the entire film line for line. The movie has references to nearly all of the 20+ films in the MCU, and it is not shy about using them. 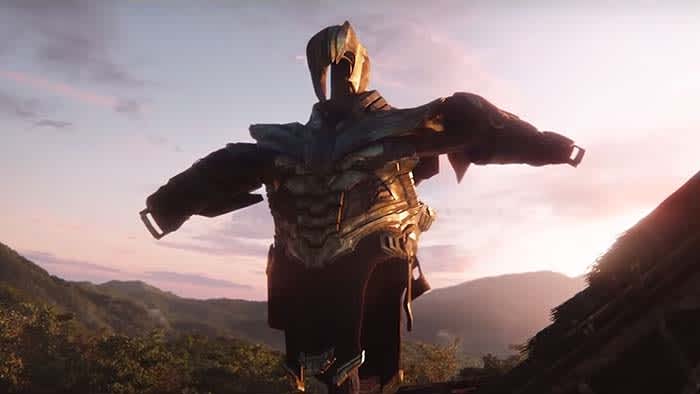 Rather than basically typing out the movie in its entirety, we thought we’d narrow it down to the best. Read at your own will; there are spoilers ahead.

The coolest Easter eggs in Endgame SPOILERS BELOW

After going back in time to retrieve the Space Stone, Captain America finds himself in Hank Pym‘s lab. Pym, the original Ant-Man, is stockpiling Pym particles, which the Avengers need in order to travel through time. However, the Pym particles aren’t the only piece of Ant-Man tech in his lab. On Pym’s desk is a classic, chrome helmet sprouting antenna. The helmet is a direct reference to Ant-Man’s original costume from the comics.

“Iron Man 3” may not be the best MCU movie by a longshot, but it did have several funny scenes with Tony Stark and his plucky sidekick in the film, Harley.

It’s been a while since we last saw Stark’s first boy wonder or even heard from him. However, during Tony’s funeral Harley does show up to pay his respects. As the camera pans to all the mourners in attendance, we can see Harley in the corner of the screen near Scott Lang and the Pym family.

The directors of Endgame, the Russo brothers, were also executive producers for the comedy show “Community.” While making Endgame, the directing duo decided to bring some old friends to work on the project, Ken Jeong and Yvette Nicole Brown. Jeong plays a security guard who is surprised when Ant-Man makes his way back through the Quantum Realm. Brown can be seen playing a worker at the army base who gets confused when she runs into Iron Man and Captain America inside an elevator.

After the destruction of Asgard and about half of the remaining Asgardians, Thor brought the residents of his kingdom to a small town in Norway called  Tønsberg. However, this is not the first time we have seen this place.

That’s right; this was the same Norwegian town where Red Skull stole the Tesseract in “Captain America: The First Avenger.” Crazy enough, this still isn’t the only time we’ve seen it:

After Loki sent Odin to a retirement community on Earth, Doctor Strange moved the aging king to Tønsberg. In a later vision, Odin tells Thor, “Asgard is not a place; it’s a people.” He then looks around at the area they’re in and says, “This could be Asgard.” Little did we know how right he was. 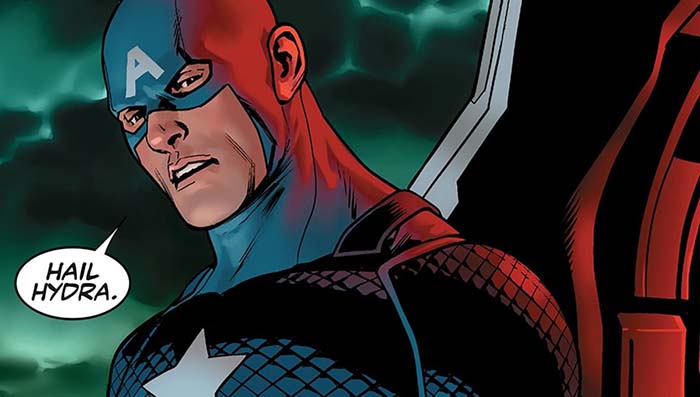 In one of the most satisfying scenes in the movie, Captain America rides in an elevator with several Hydra sleeper agents. The scene is a callback to the elevator action scene from “Captain America: The Winter Soldier:”

However, this scene doesn’t end with Cap throwing haymakers around. Instead, Cap whispers “Hail Hydra” in the ear of one of the agents. The agent looks confused but ends up trusting him. Along with being a callback to the Winter Soldier movie, the scene is also a reference to the Marvel comic series “Secret Empire.”  In the series, the writers controversially make Captain America himself a Hydra sleeper agent. Some fans were put off by the symbol of American justice and liberty siding with fascist/terrorists. We’re just happy the Russo brothers included this awesome scene.

The first time we see Falcon in the MCU is in a comical scene in “Captain America: The Winter Soldier:”

Cap continues to lap Falcon during their morning run, constantly saying, “On your left,” as he passes him.

However, in Endgame it is Falcon who finally gets to say the line to Captain America. As Cap faces down Thanos and his army, he gets a message from Falcon who tells him, “On your left.” Right as he says it, the fallen Avengers begin to reappear on the battlefield.

All the cheeseburgers you want

In the very first MCU movie, Tony Stark gives his short list of demands for what he wants after escaping the Ten Rings:

In one of Endgame’s most touching moments, Tony Stark’s friend Happy Hogan sits on a bench with Stark’s daughter Morgan moments after his funeral. Hogan tries to comfort the little girl by asking if he can get her anything. When she says she wants a cheeseburger, Hogan’s eyes begin to well up with tears, and so did ours.

Yeah, we all cried when we saw Cap and Peggy Carter finally dance together. The dance was a reference to the first Captain America film, where the two make plans to go out dancing together as Cap faces certain doom.  However, we aren’t here to talk about the dance; we’re talking about the song:

“It’s Been a Long Long Time” not only has an ironic name, but it also has a history in the MCU. In “Captain America: The Winter Soldier,” the song is playing in Cap’s apartment in the scene where he talks to Nick Fury about S.H.I.E.L.D. being compromised. The scene is a beautiful moment we never thought we were going to see, but we are thrilled we did.

Much more than just Easter eggs

If you’ve seen Endgame, you know that the movie is much more than just Easter eggs and references. With that being said, we loved seeing these and the dozens of other callbacks to other Marvel titles. Tell us in the comments below what your favorites were, and what you thought about the movie.

Microsoft PC Manager promises to give your PC a boost