We’re in the Endgame now, and it’s glorious.

“Avengers: Endgame” is here, and with it comes major changes to the MCU. If you have seen the movie, and want to both recap the film and further the discussion, continue reading. If you haven’t seen it, read at your own volition because SPOILERS are ahead. As for the rest of you, buckle up. We have a lot to talk about:

Where does the MCU go after Endgame? SPOILERS BELOW

The original team is pretty much shot

Let’s recap who is left standing, and who is still ready to fight. Captain America has retired and is no longer in fighting condition even if he wanted to come back. Iron Man and Black Widow are both dead. Hulk MIGHT have permanently damaged his arm from using the Infinity Stones. Thor may be able to come back to Earth if he’s needed, but for now, he appears to have joined the Guardians of the Galaxy.

As for Hawkeye, his adventures are far from over. A spin-off Hawkeye series starring Jeremy Renner has been announced for Disney+. We are definitely excited for Disney+ and the show, and we think we have an idea of what the show might entail.

The Hawkeye show will follow him as he trains a potential new Hawkeye, Kate Bishop. This may not be the only person Hawkeye helps train. As one of the only remaining OG Avengers left, Hawkeye may take it upon himself to train a new team altogether. Referred to in the comics as the New Avengers, the new superhero squad may be the future of the MCU.

To make it clear, Disney and Marvel could change their mind at any time and bring whoever they want back to life. Although we say these characters are dead, we can’t say for certain.

The feeling we got from Endgame is that if you died from the first snap, you’re alive now. However, if you died by other means you’re probably still dead.

The Gamora we knew is most likely dead. The movie made it clear that if you are sacrificed to get the Soul Stone, you’re not coming back. However, we now have a Gamora from a completely different timeline. We don’t know with 100% certainty whether or not she got dusted in Tony’s final snap. We just can’t imagine her final moment with Starlord would’ve been a knee to the balls. Although, we all wanted to do that to him after he inadvertently caused the first snap.

Both Black Widow and Iron Man are both probably completely dead. Black Widow got Soul Stone-d, and Iron Man couldn’t handle the power of the Infinity Stones. However, that doesn’t mean we are done seeing Scarlett Johansson and Robert Downey Jr. in MCU movies.

Scarlett Johansson is set to do a standalone Black Widow movie. As we don’t know much about her origins in the MCU, an origin story seems like the best route. As to who the villain may or may not be, we think it might just be Winter Soldier as the two have a history.

We don’t see Iron Man coming back to life any time soon. His death seemed very final and fitting for the character. We could see Robert Downey Jr. reprising the role in a prequel, but unless he comes back like how Cap did in “Secret Invasion,” we don’t see him returning.

That just leaves two main heroes that died from something other than the snap, Heimdall and Vision. Heimdall was stabbed by Thanos at the beginning of “Avengers: Infinity War.” The reverse snap didn’t bring him back to life, so we can assume Idris Elba won’t be returning to the MCU. As for Vision, we’re pretty sure he’s coming back, and Disney has all but confirmed it.

“WandaVision” is set to come out for Disney+. We don’t know many details about the show other than the fact that Elizabeth Olsen and Paul Bettany will be reprising their roles. The two lived together in secret between “Captain America: Civil War” and “Avengers: Infinity War.” Although it is possible the show takes place between those films, it is much more likely that Black Panther’s sister Shuri figured out how to bring Vision back without the Mind Stone.

What about Loki and the Loki show on Disney+? 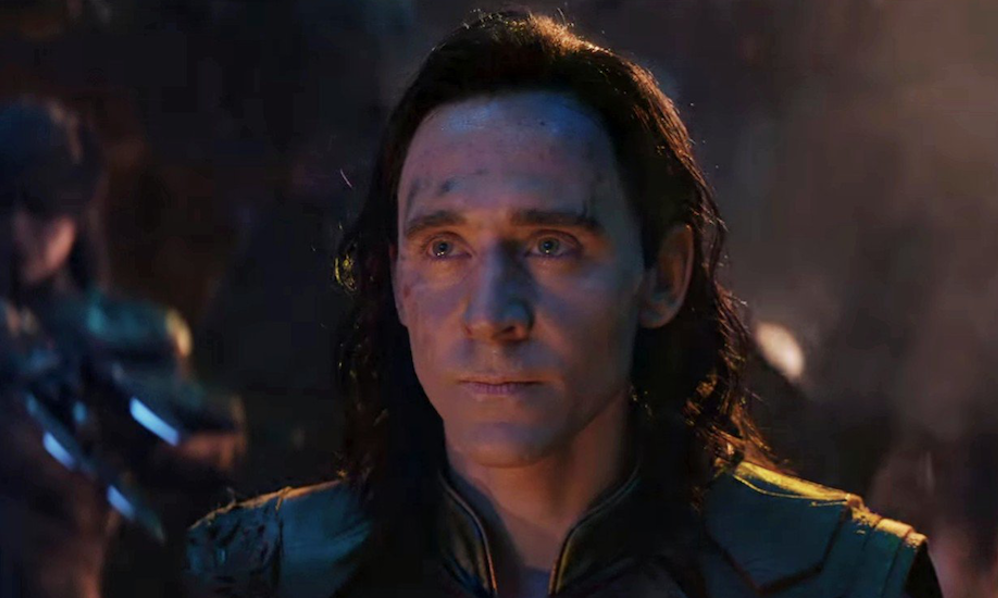 So here’s where things get a little complicated. In “Avengers: Infinity War,” Loki 100% died. However, due to some tomfoolery with time travel, Loki isn’t gone in every timeline.

After fumbling around with the Space Stone during the events of the original Avengers, Loki was able to snatch it and make an escape. Tom Hiddleston is starring as Loki in a series for Disney+ as well.

Our guess is that the show will follow this alternate timeline Loki. As the God of Mischief, we are guessing that this new timeline will suffer some wild results. It could be that this show will follow in the tracks of the “What If” series. It’s a bit of a pipe dream to expect Robert Downey Jr. or Chris Evans to make regular appearances on a “What If” style show. However, cameos here and there from various Avengers would be appreciated.

Falcon is the new Captain America

Along with passing Falcon his shield, Steve Rogers also passed him the torch.

Fans have speculated if Falcon or Winter Soldier would take up the mantle of Captain America if Steve Rogers were to die or retire. Both have replaced Rogers in the comics, so both were suitable replacements. When Falcon strapped the shield to his arm, we couldn’t have been happier. Anthony Mackie has been doing a great job as Falcon, and we are excited to see what he does moving forward with Disney+’s “Falcon and The Winter Soldier.”

We can’t imagine Falcon retiring his wings. However, we can imagine him in a more star-spangled outfit along with busting out the vibranium shield from time to time.

The Asgardians of the Galaxy

Thor’s throwaway joke at the end of Endgame may not be entirely inaccurate.

Movies we know are coming

Although we only have a trailer for “Spider-Man: Far From Home,” there are still more upcoming MCU films confirmed by Disney and Marvel.

An article from Time confirms several upcoming MCU films as well as upcoming Marvel films in general. Along with another Spider-Man movie, we are also getting sequels for Black Panther, the Guardians of the Galaxy and Doctor Strange.

Kevin Feige recently confirmed a movie featuring the Eternals. The Eternals are another superhero team. They are like the Avengers meet the Guardians of the Galaxy. They defend Earth, but they also travel through the galaxy. Thanos was a member of the Eternals in the comics, so it will interesting to see if he makes an appearance in a flashback.

Marvel has also confirmed a standalone Shang-Chi movie. Shang-Chi is a martial arts master similar to Iron Fist. We don’t have any plot details or even casting decisions, but if we get something similar to a Jet Li or Bruce Lee movie, we’ll be happy.

Finally, we know that we are getting a Ms. Marvel film. As for this one, we actually know a few things. This iteration of Ms. Marvel will be Kamala Khan, a teenage Pakistani girl living in New Jersey. Khan idolizes Captain Marvel and is taught how to be a hero by her. We don’t have casting decisions or a release date yet, but we really have our hopes up for this one.

What can we assume for the sequels?

The “Spider-Man: Far From Home” trailer shows Peter with Ned, MJ, Flash and Aunt May. As none of them appear to have aged much since “Spider-Man: Homecoming,” we’re guessing they all were killed in the snap, or else they would be five years older.

There are two big loose ends that we can expect to be cleared up in upcoming sequels. First and foremost is Adam Warlock:

At the end of “Doctor Strange,” Chiwetel Ejiofor’s character Mordo announces his plans to kill the Earth’s wizards. The question remains whether or not Mordo was killed in the snap. If he wasn’t, what has he been doing? If he was, has he had a change of heart? We don’t know much about “Doctor Strange 2,” but we are expecting to see Mordo and Doctor Strange settle the score.

“Avengers Endgame” was just about perfect.

We got the fan service we’ve been craving, and we aren’t left with too many unanswered questions. Although we are sad to see some of our heroes bite the dust, we are left completely satisfied.