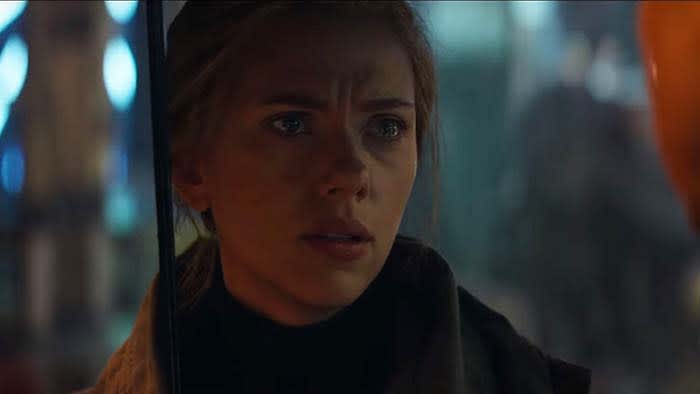 It’s no surprise that “Avengers: Endgame” has broken box office records left and right, smashing even Infinity War in its opening week. This cinematic end to the Thanos saga ties up loose ends, delivers the climactic story we were hoping for, and brings back a lot of familiar faces.

There were some that we expected (like Cap, Iron Man, and Black Widow), and others that we were pleasantly surprised to see back on screen. Just who are those characters? We’ve put together a list.

However! This is as far as we can go without dipping into spoiler territory so here’s your final warning before reading on:

The first character we were pleasantly surprised to see make a return was Valkyrie (Tessa Thompson). She’s the able, militant, and fiercely independent warrior of Asgard who made her introduction in “Thor: Ragnarok.” Since the realm’s destruction at the end of Ragnarok, we were happy to see that some Asgardians also survived Thanos and the snap. They find a new home on Earth… in a hillside fishing village.

Oh, how the mighty have fallen.

While Thor is supposed to be the ruler of Asgard, he’s thoroughly shirked his duties in favor of drinking and playing Fortnite. This has left Valkyrie in charge of “New Asgard,” and Thor happily puts her in charge at the end. However, that’s not before she gets some shining moments in the battle of battles against Thanos! If you’re a Valkyrie fan, you’ll be happy to see that she’s alive and well, and proudly taking the fight to the titan himself.

“Hey man, I’m Korg and this is Miek. We’re about to jump on that spaceship and get out of here. Wanna come?”

While we’re on the subject of living Asgardians, we were excited to see that our favorite duo from “Thor: Ragnarok” also survived. The lovable Korg (Taika Waititi) and Miek are safe and sound in “New Asgard.” They are spending their time consoling the traumatized Thor and playing Fortnite.

The Ancient One (Tilda Swinton) from “Doctor Strange” shows up once time travel enters the mix. Bruce Banner shares a conversation with her over the need to recover the Time Stone. Rather, it’s thanks to Scott Lang’s introduction of Pym Particles and the time-bending effects of the Quantum Realm. Nevertheless, the Time Stone is needed to complete the set, and the Avengers are sent back to 2012 to snag it along with the Mind Stone and Space Stone.

Though we didn’t know it at the time, The Ancient One was helping out during Loki’s Chitauri invasion back in the first Avengers movie. This makes sense since the Sorcerer Supreme is responsible for defending both the reality in which they live and the New York sanctum during times of crisis.

In a pretty cool scene, we get to see the Ancient One explain how branching timelines occur. She explains how if the Infinity Stones are gathered from all corners of the universe, they must be returned from whence they came. This comes into play later in the film when Captain America is tasked with returning them.

One of the greatest scenes in the film had to be Tony Stark‘s reunion with his father, Howard Stark (John Slattery). Tony stumbles into an encounter with his father on his return to the ’70s in search of more Pym Particles with Captain America. Howard is dubious of Tony, feeling like he knows him even though they’ve never met. The fake name Tony chooses of “Howard Potts” probably didn’t help much.

This scene provides a different kind of closure than the other tied up plot threads. Rather than explaining a cut-and-dry plot point, we instead get to see an unexpectedly touching conclusion. Now that Tony is a father himself, he connects more deeply with Howard whose own wife is about to enter have Tony. Tony gets to give parenting advice to his own dad, and the perceived coldness and hostility of their past relationship retroactively melts.

If seeing Tony and Howard talking together wasn’t enough parent-child bonding, Thor gets a second chance too. When he and Rocket Raccoon travel back in time to recover the Reality Stone, Thor is shocked to see his mother Frigga (Rene Russo) gracing the halls.

Though he tries to hide his identity from her, Frigga sees right through it like only a mother (albeit a mother raised by witches) can. Ever since failing to “aim for the head,” Thor has been in a pretty low place. His mother is able to slap some sanity back into him though, and gives him sage advice: Stop trying to be who you’re supposed to be, and start being who you are. It’s this advice that encourages Thor to give up being Asgard’s leader and instead hand the throne to Valkyrie.

“Avengers: Endgame” runs the gamut of family relationships. It touches on mother-son, father-son, and sister-sister. Gamora’s (Zoe Saldana) shocking death in Infinity War was made only worse by occurring before Thanos even snapped his fingers. This led many fans to believe that, even if the snap was undone, her death could not be reversed. Thankfully, thanks to some time travel this is not the case, and we get to see the most dangerous woman in the universe come back to help out.

Gamora’s character was always more complex. She served Thanos in his hunt for Infinity Stones, but never quite wanted him to find them all. Now that Nebula is a changed woman, she tells Gamora of their better relationship in the coming future. This knowledge causes her to join forces with the Avengers. She’s still not too convinced that Star-Lord was a great romantic choice, though.

While it may remain true that there are “no resurrections” this time, it doesn’t mean that Loki (Tom Hiddleston) isn’t alive in the past! When the Avengers go back to 2012 to steal the Mind and Space Stones, that naturally puts them in the path of the mischievous trickster god. While he doesn’t have more than a few lines, he does get to snag the Space Stone when it accidentally spills out of Tony’s hands. With it, he escapes his restraints and portals out of the scene. Where to? Most likely to wherever the upcoming Loki series takes place!

In the same above scene, Alexander Pierce (Robert Redford) confronts Cap as he makes to exit the Avengers building with the Space Stone. We saw Pierce’s character in “Captain America: Winter Soldier,” and now that Cap knows of his affiliation with Hydra, he’s not about to part with an Infinity Stone. Even though neither party gets the rock in the end (thanks, Loki), it was pretty awesome getting to see Pierce working behind the scenes. Now, we know how the Space and Mind Stones ended up in Hydra’s hands!

Not all encounters with people in the past are bad ones for Steve Rogers. Some of them hurt in a different way. The most heartbreaking confrontation was with Peggy Carter (Hayley Atwell), the woman he fell in love with back in the ’40s. While Tony Stark was talking with his father, the Russo brothers decided to hit with an emotional double-whammy. In a scene reminiscent of ‘A Midsummer Night’s Dream,’ Rogers sees the love of his life through the window of her office. So close, yet so far.

While the mission came first at that point in time, seeing Peggy stoked the flames of his love for her. So much so that after Thanos was defeated and the Infinity Stones were returned, Steve Rogers decided to “try some of that life that Tony was always telling him to get.” He chooses to stay back in time with her. Peggy and Cap finally got their long-awaited dance and lived a happy married life together. Another plot thread we didn’t expect to see resolved.

When time travel via the Quantum Realm is involved, it only makes sense that Hank Pym (Michael Douglas) shows up at some point. While he doesn’t get to do much, we do get to see a digitally de-aged Hank in the ’70s as well as the current version we’re familiar with during the end funeral scene.

This film featured a number of returning characters from the Iron Man trilogy including Pepper Potts (Gwyneth Paltrow). We were happy (pun intended) to see this also meant the return of Jon Favreau’s character as well. With Stark tragically dead at the end of the film, it looks like Happy is going to help Pepper raise little Morgan Stark.

Who else was there?

While that’s the main returning cast, we’ll also give a shoutout to characters who briefly made appearances as well:

Did we get them all?

With the huge cast of characters in MCU, it is easy to miss one here or there. If we missed any, let us know in the comments below. Also, let us know who you were most psyched to see return to the big screen!