Over the course of Red Dead Redemption 2, you’ll have the opportunity to run into more than your fair share of eccentric strangers and colorful characters. There’s also plenty of bizarre, unexplainable, and even supernatural secrets to stumble across. Whispers run rampant among the townsfolk of Saint Denis that a vampire is on the loose among them, killing citizens and draining them of their blood. This vampire is no legend: he’s very real, and by finding and killing him you can take his unique weapon, the Ornate Dagger. 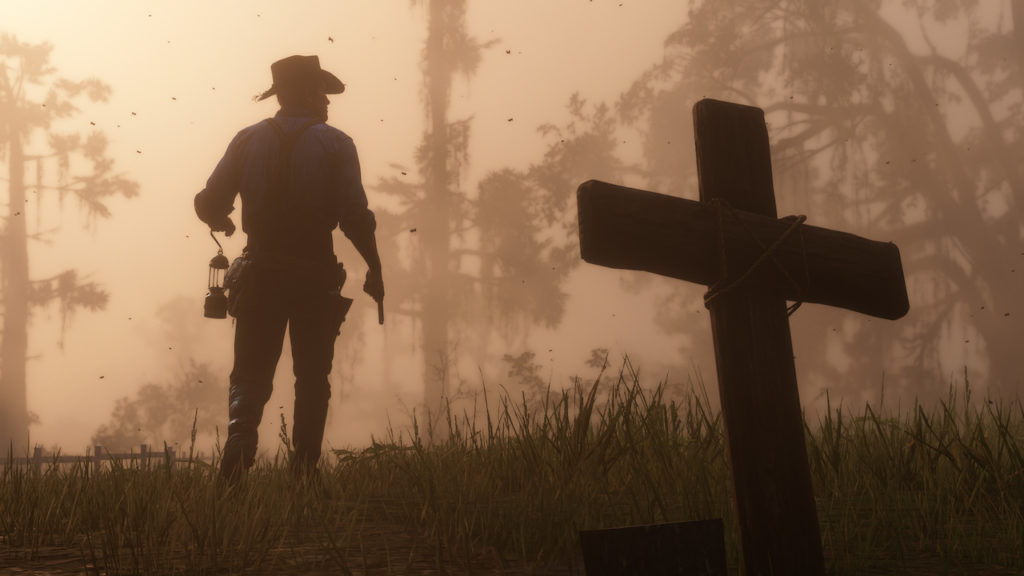 Red Dead 2: How to find the Saint Denis Vampire

To track down this mysterious vampire, you’ll have to locate 5 pieces of unique graffiti scattered across the city. Once you find the graffiti pieces, you’ll be prompted to examine them, at which point they’ll be sketched in the journal and you can move on to finding the next piece. 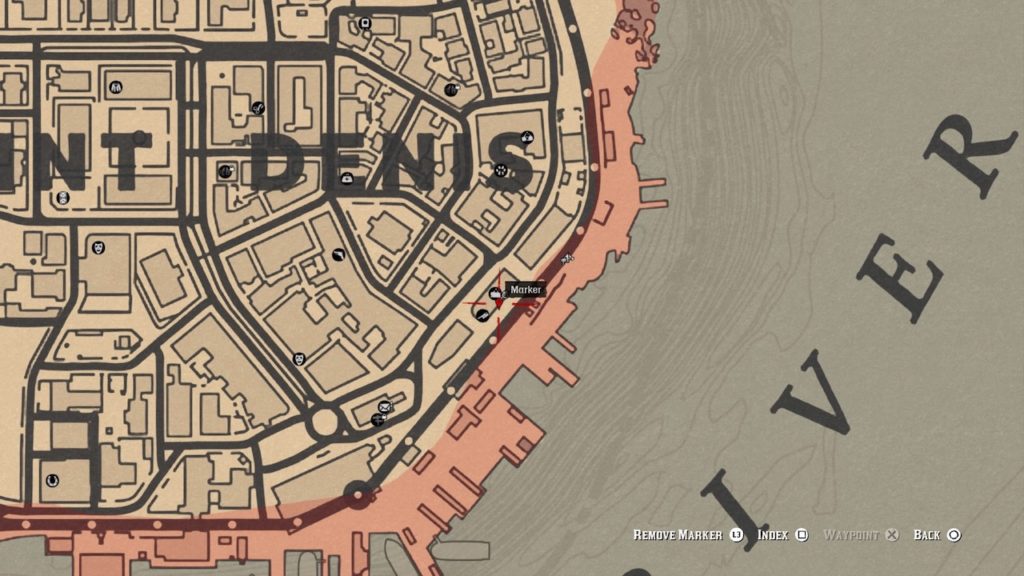 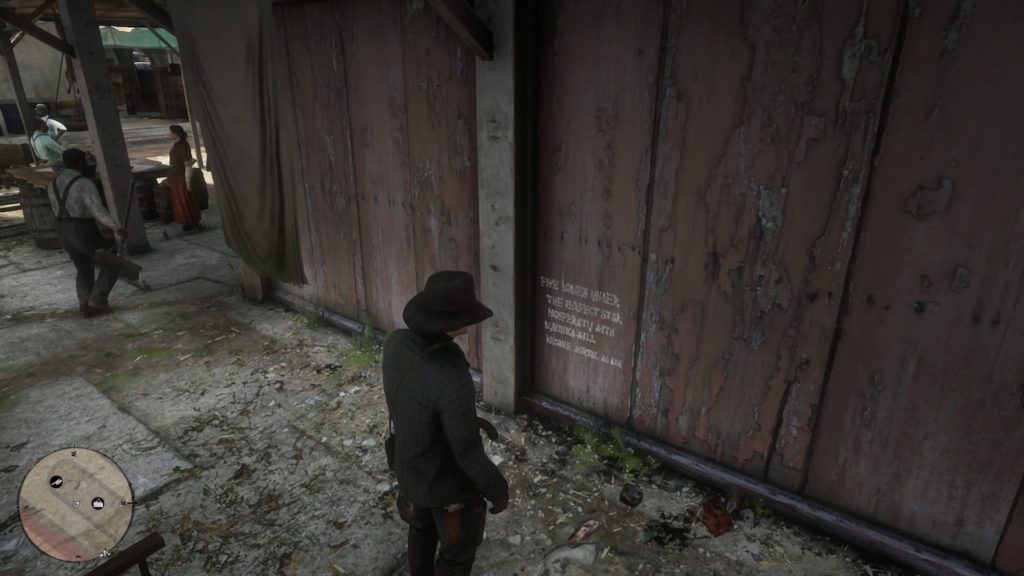 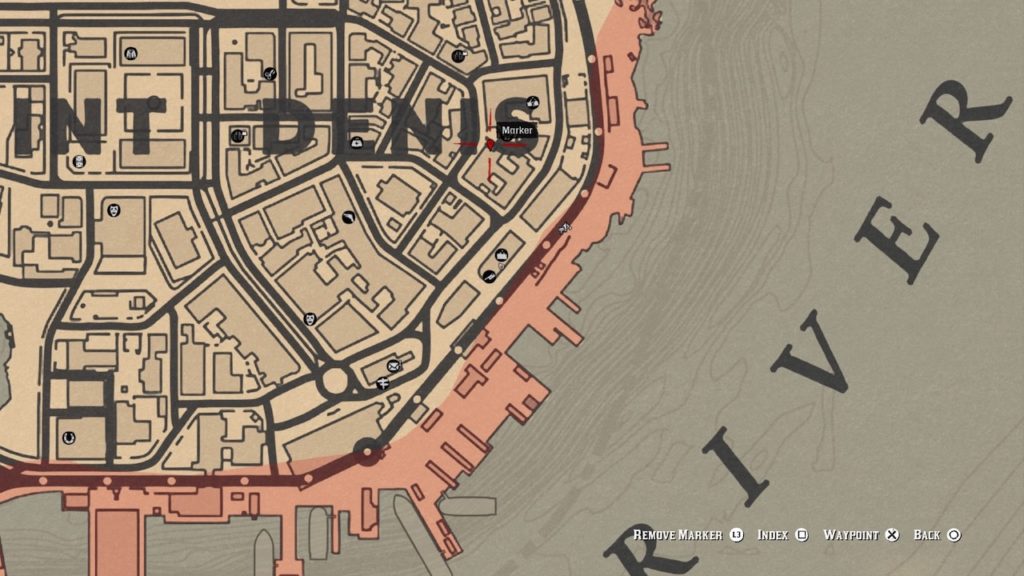 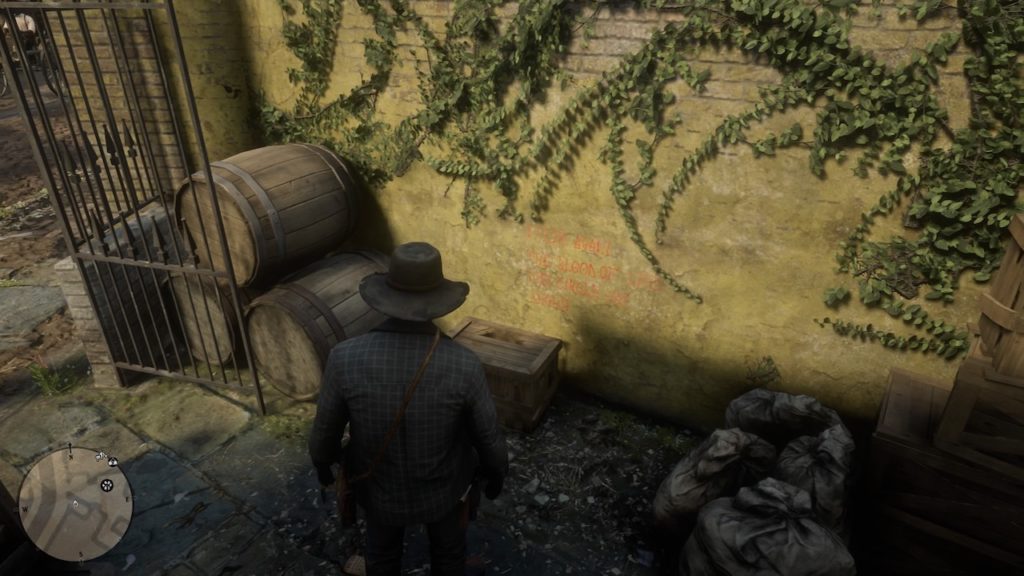 To find the next piece of graffiti, head to the Saint Denis Market. You can find it by looking for the icons for the Fence and the Trapper: both have stalls set up in the market. Near the market entrance, look for a large iron gate. Head through the gate and look for this graffiti, written in red on a yellow wall. 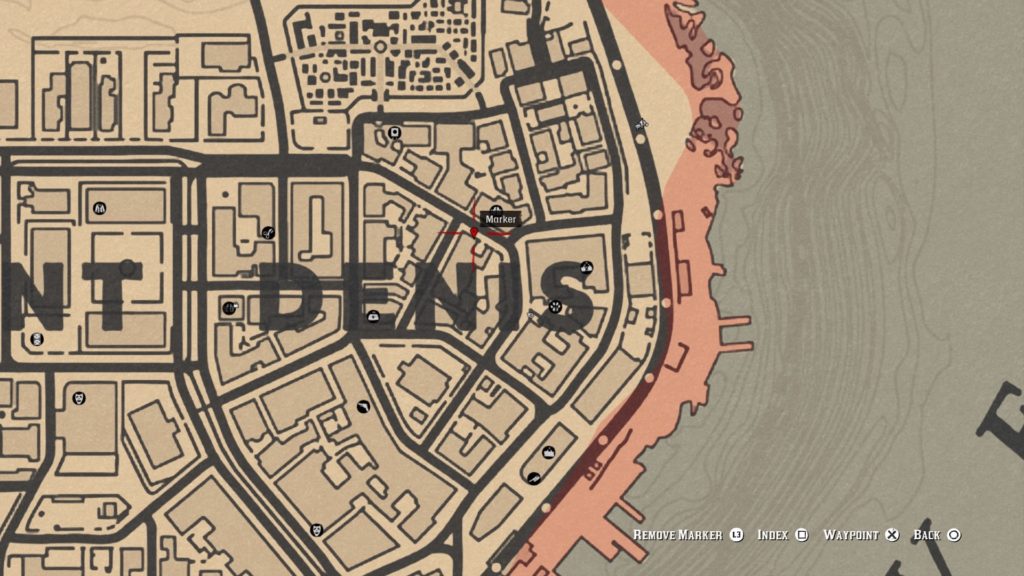 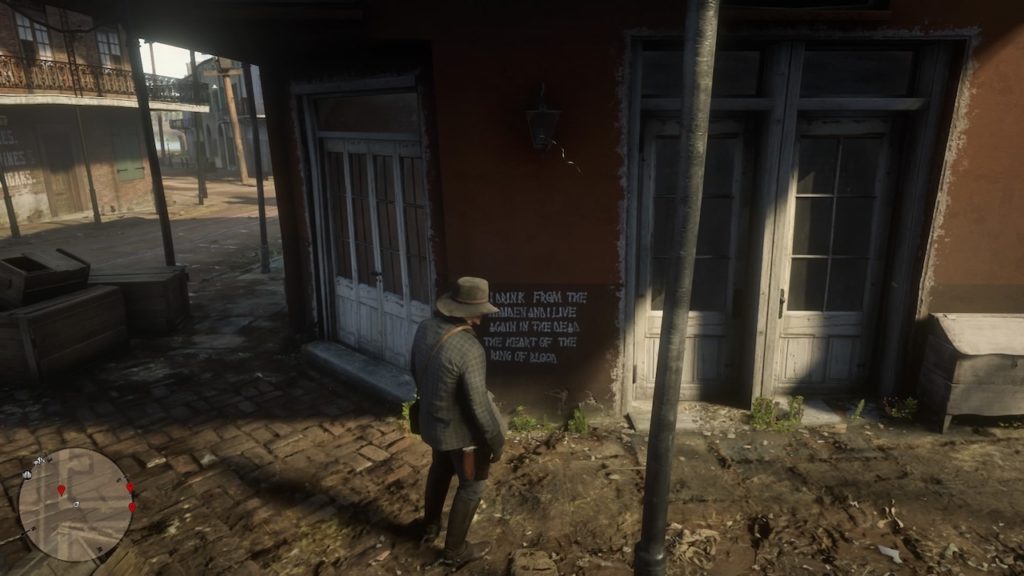 Perhaps the easiest piece of graffiti to spot, this one sits just across the street from the saloon north of the market where you found the last clue. It’s written in white on a red wall facing the street. It’s pretty much sitting out in plain daylight, and you shouldn’t have to hunt too hard to find it. 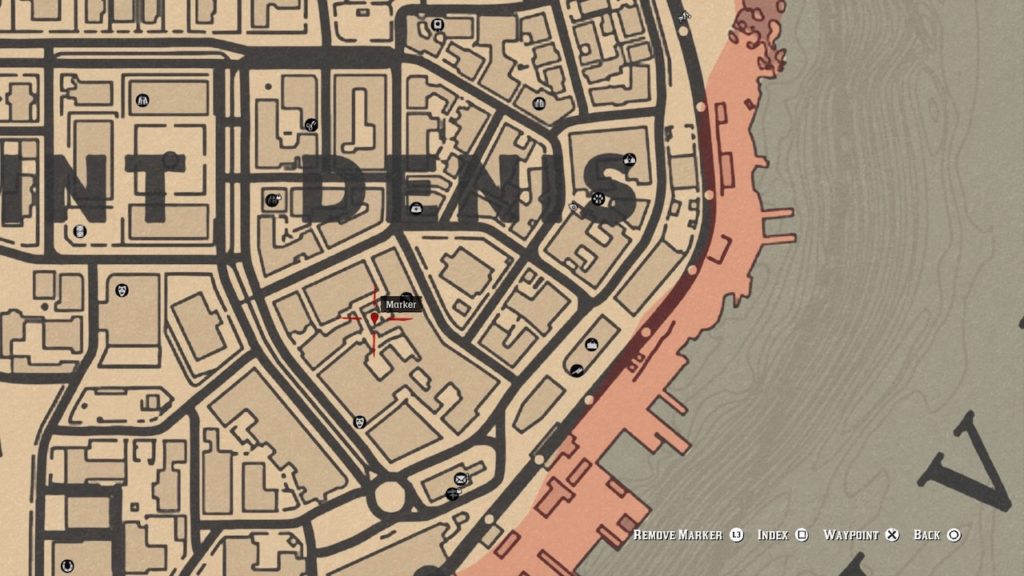 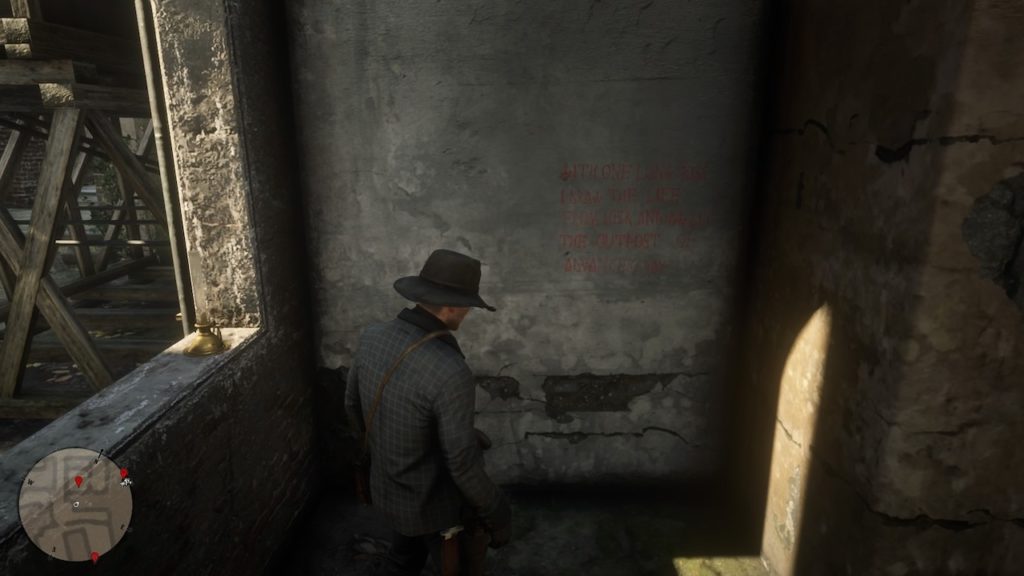 These next two pieces of graffiti are a little harder to track down. Head to the location marked on the map above and you should see an alcove under an awning in this back alley. The graffiti is faint, but look for it on the wall pictured above. 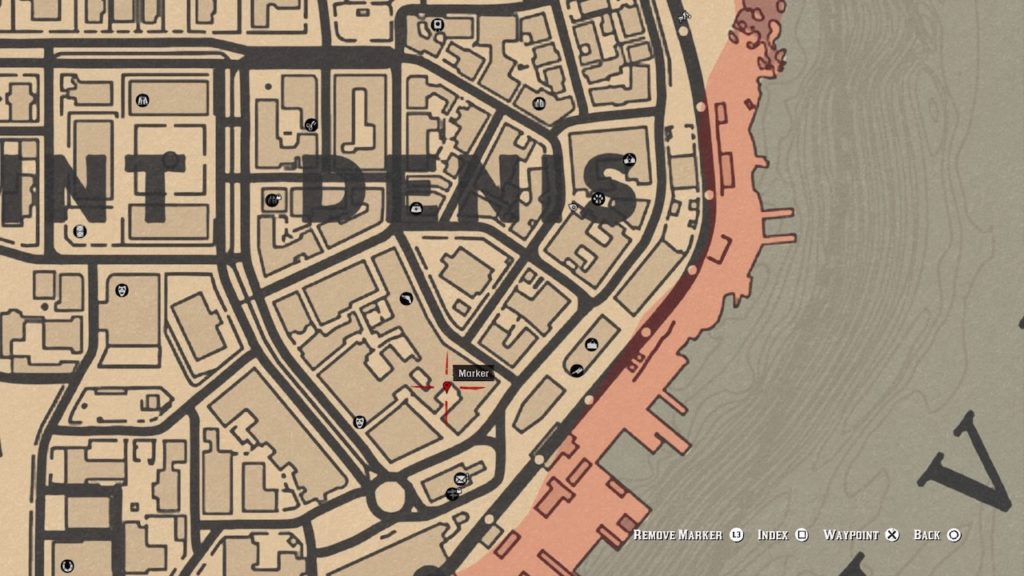 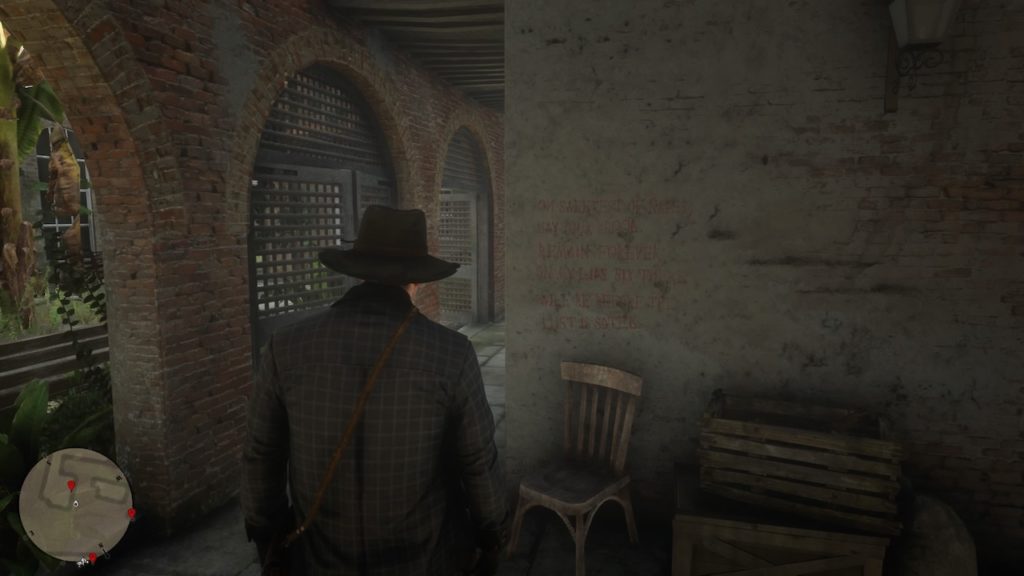 Just south of the previous piece of graffiti in the same set of alleyways, you’ll find this last clue. It’s also in a tunnel, near a stack of crates and a chair. It’s also very faint so you may have to look a bit to spot it.

After locating the final piece of graffiti, Arthur will connect the dots in his journal, revealing that the locations form the shape of a pentagram. It’s not obvious, but you’ll want to mark the location at the center of the pentagram on your map. We’ve marked it on the map below: 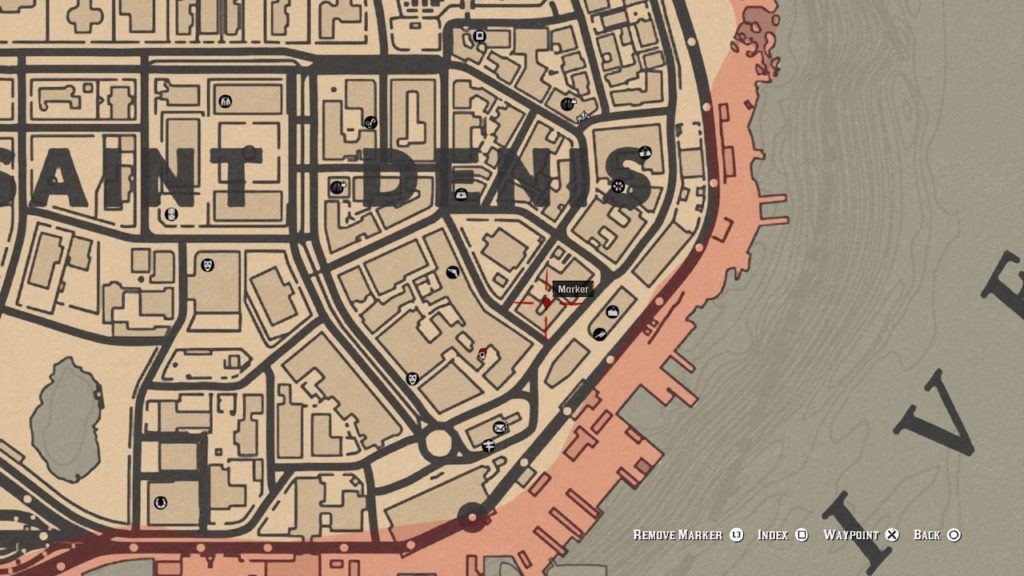 Next, head to the saloon nearby and book a room. The vampire won’t show up immediately: you’ll have to wait a couple of nights until he appears. Use the rented room to sleep through the day, then head to the spot above after night falls to check for the vampire. Eventually, you’ll arrive to find a pale figure in black feasting on a corpse. After exchanging a few words, he’ll charge you. Make sure you’re quick on the draw, because if he reaches you, he’ll kill you instantly.

After the vampire lies dead, you’ll be able to grab the Ornate Dagger and some other gothic goodies off of his corpse.

That’s one vampire lord dead and a new weapon in your arsenal. Happy hunting.