For good or ill, powerful speakers have used their words to shape history. From Napoleon Bonaparte to Franklin Delano Roosevelt to even Adolf Hitler, the best political speech is not always the one that marks a great historic event – though they often do. Rather it is one that makes powerful use of exceptional rhetoric and oratory to capture the spirit of an ideal.  This is a collection of five speeches from politicians across the globe that not only swayed the course of history, but that also captures the kernel of humanity that author and historian Simon Montefiore calls “the essence of all decent civilization.”

Top 5 political speeches of all time 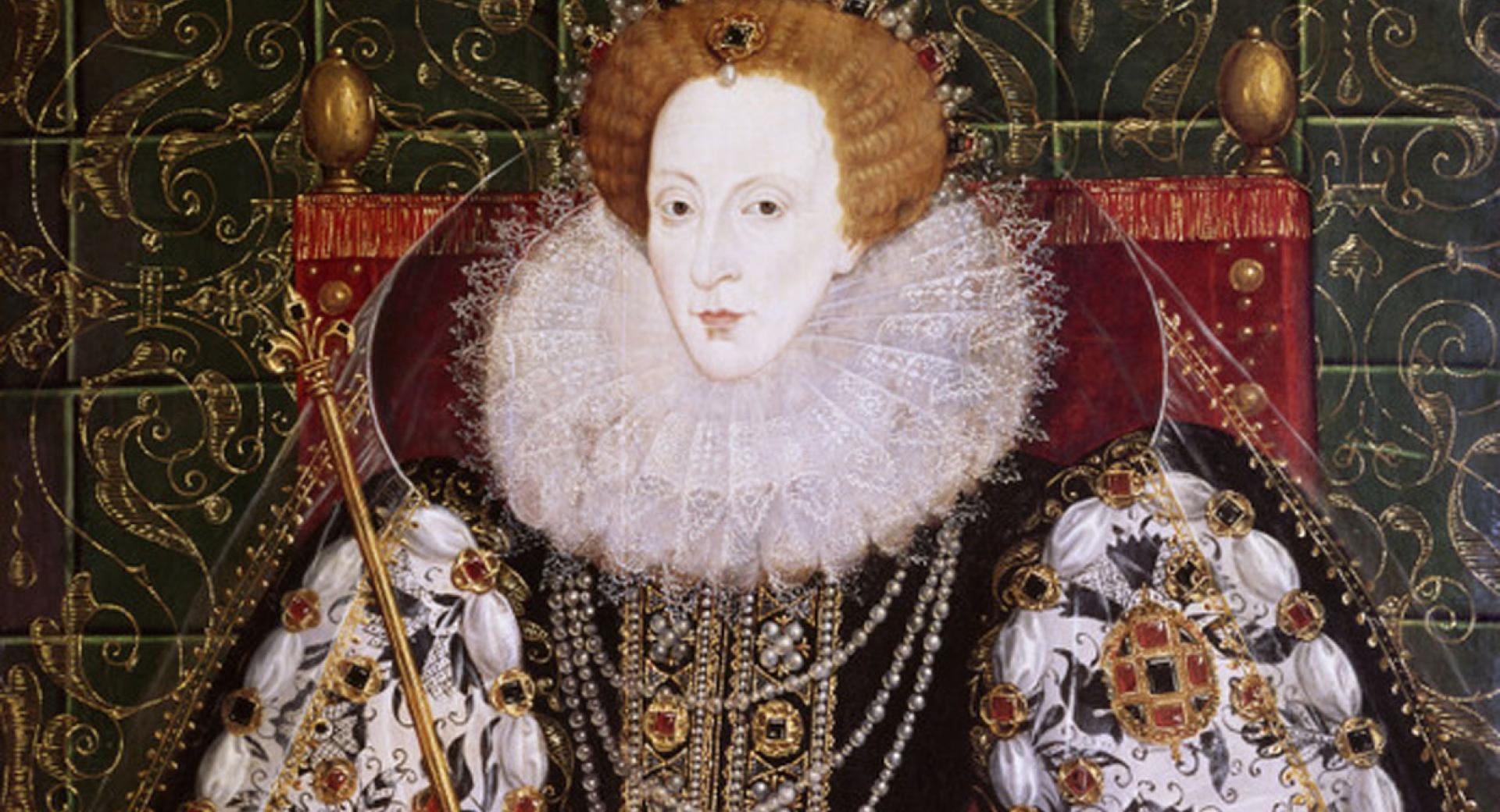 Elizabeth Tudor ascended the English throne in 1558 at the age of 25. She ruled for over half a century and the country flourished economically, politically, and especially culturally. The year she was crowned witnessed an unexpected Spanish invasion, and she addressed the troops at Tilbury with this rallying speech:

This (Leonel Sharp’s) transcription of Elizabeth’s speech is widely accepted as the closest to the one she actually gave at Tilbury. It captures her famous defiance of gender expectations alongside a confident assertion of her faith. England’s defeat of the mighty Spanish Armada would become a key event of Elizabeth’s reign, and her fierce dignity and poise would go on to inspire women and men for centuries to come. 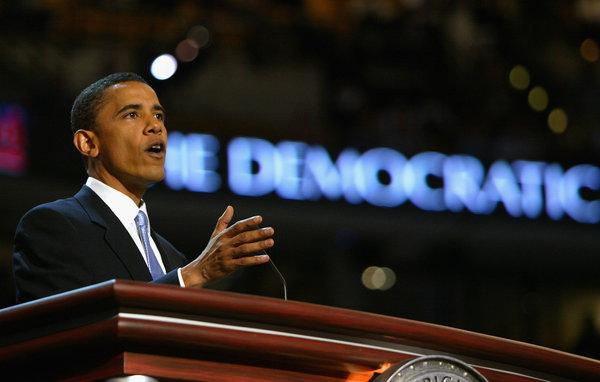 Barack Obama ran for U.S. Senate in 2004 and received national attention when he won the primaries in March. Confident, sincere, and eloquent, Obama won the battle in a landslide victory, making him an overnight success for the DNC and a figurehead to rally behind for hopeful minority groups across the country. His victory speech won him even more positive media attention, sharing his background and his idealistic vision of a country that was not “a collection of red states and blue states” but rather “red, white, and blue states:”

The speech showcases Obama’s trademark compassion, composure, courtesy, and conviction, alluding to the basic rights and freedoms promised in the Declaration of Independence. “We have more work to do,” he cautioned, and in the presidential acceptance speech he would make four years later, asserted “this is our time to reclaim the American Dream and reaffirm that fundamental truth that out of many, we are one.” Obama’s presidency saw huge leaps to LGBT rights, a decline in the federal prison population, the creation of 11.3 million jobs, and most notably, passage of the Patient Protection and Affordable Care Act. In 2009, Obama was named the Nobel Peace Prize laureate, humbly asserting that there were others “far more deserving of the honor.” 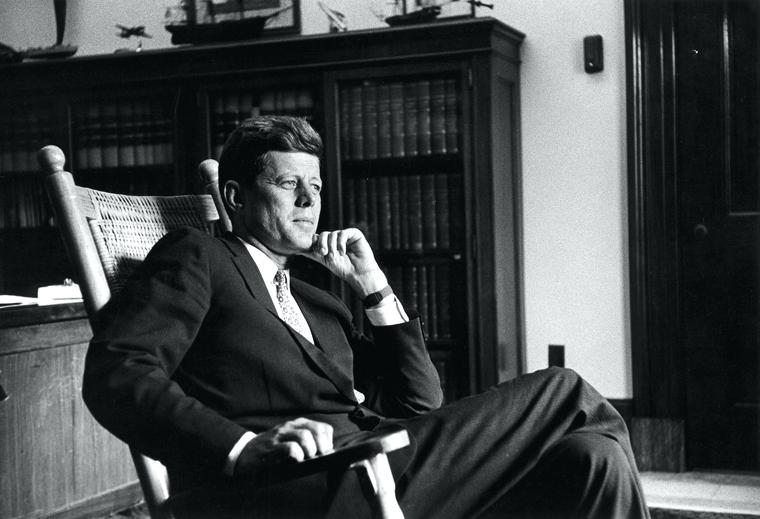 Elected President of the United States at 43 years old, many people worried that John F. Kennedy was too inexperienced and young for the position. The truth of the matter was that he’d been in the U.S. Senate since he was only 25, and even as early as the national primaries, he was cool, confident, handsome, and quick. His opponent Richard Nixon, by comparison, came off as uptight and nervous. Kennedy had been practicing and editing his inauguration speech for two months before giving it in 1961:

Kennedy was an admirer of strong rhetoric, and watching the speech, you can see glimpses of his influences. His choice to say “a century and three quarters ago” as opposed to stating a specific year is very reminiscent of Abraham Lincoln’s “four score and seven years ago,” while his use of alliteration with “lead the land we love” is more Churchill. Kennedy would later give another famous speech at the Berlin Wall to condemn Communism, which marked a definitive turning point during the Cold War.

Before entering politics in 1901, Winston Churchill was a career soldier and war reporter from Oxford. Despite his privileged upbringing, he did not attend a university nor did he have much practice with public speaking in general. In fact, his lisp and stutter left him in speech therapy and practicing words and gestures in front of a mirror. He would often spend weeks writing and editing his speeches, and the result was the creation of a style uniquely his own. Well aware of the power of the spoken word (with examples not excluding the rising Adolph Hitler), Churchill’s first speech to the House of Commons after being appointed Prime Minister is aggressive, to the point, and unabashed:

At first, Churchill’s style of speech was almost too grandiose to be taken seriously. He was often criticized for being out-of-touch or apocalyptic. From 1938 up to the second world war, however, this changed as people became more aware of the severity of the conflict. By the time he gave this speech in 1940, the populace was heavily in his favor and his remarkable rhetoric and inspirational oratory became keystones of the war. 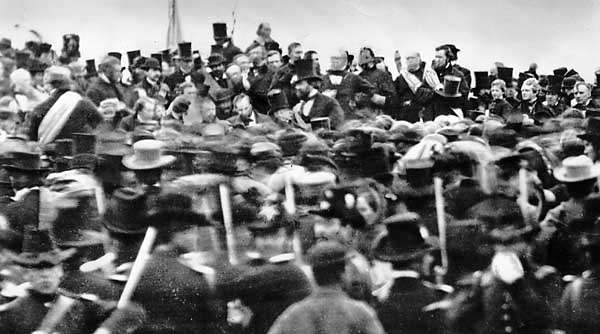 Arguably the greatest speech on this list, Abraham Lincoln delivered this famous address in commemoration of the three-day Battle of Gettysburg, which ended in more than 8,000 casualties. As the leader of the then third-party Republicans, Lincoln confronted right-wing Radicals who demanded more action against the southern states; War Democrats who converted many opponents into his camp; the Copperheads, who detested him, Democrats who were against the war; and endless waves of secessionists plotting his assassination.

The Gettysburg Address became an iconic endorsement of equal rights, liberty, and democracy. At the Gettysburg cemetery, Lincoln wrongly predicted that “the world will little note, nor long remember what we say here;” the short speech became the most quoted in American history.

Did we miss your favorite political speech? Share your thoughts below.