It should come as no surprise to anyone that superhero movies are the hottest thing in pop culture today. They routinely crush the box office and characters like Iron Man and Thanos have become modern icons. Many fans understandably have wanted to get into the comics that spawned these characters, but don’t exactly know where to start. This guide will show you what to do based on which comics you want to read and how you want to read them.

First, we’ll start with how you want to read them.

Where to start with print comics 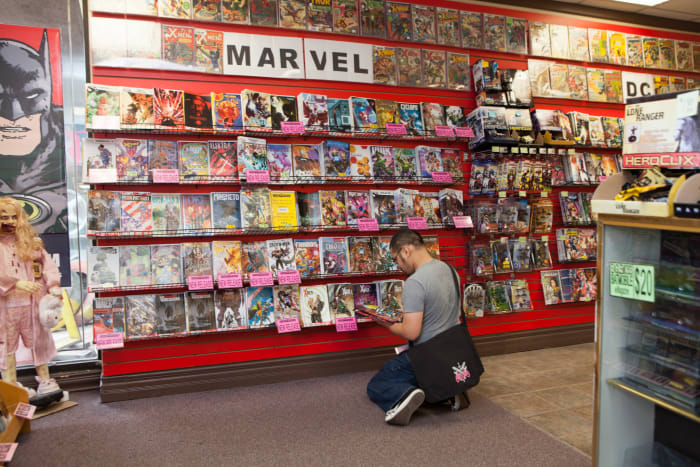 If you prefer flipping through the pages of a comic to swiping on a screen, you have a few options. Your first option is to read trade paperbacks. 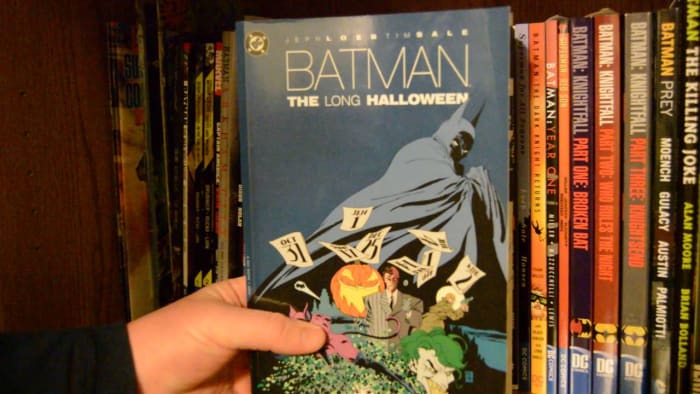 A trade paperback is a collection of comics that usually make up a single story arc. If you’re looking to read a specific story (e.g. “The Infinity Gauntlet” or “The Dark Knight Returns”), buying these trade paperbacks is often significantly easier and cheaper than hunting down individual issues of the story.

Trade paperbacks also often include issues of multiple series to fill out a story (for example, the “Civil War” trade includes issues of Avengers and Amazing Spider-Man, among others). For newer comic fans, buying trades is the easiest way to read famous stories without worrying about buying individual issues or reading them in a specific order. You can buy these either at book/comic stores or online, but in our experience, it’s usually cheaper to buy these at comic stores.

The other most common option is to subscribe to your favorite series at your local comic book store. Most stores offer some sort of discount if you subscribe to a monthly/weekly comic, and you can generally pick up new issues on Wednesdays. This is the best way to continuously keep up on a specific series, as you’ll get new issues right when they come out. Plus, it’s always important to support your local comic book store!

Where and how to read digital comics 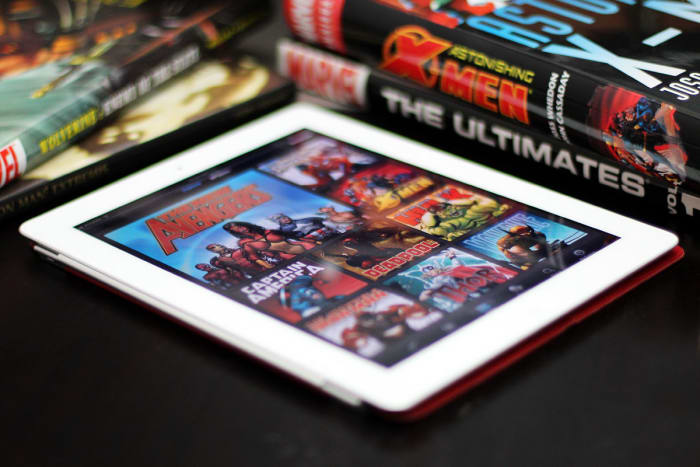 The upside to reading comics digitally is convenience. You can read them on your phone, tablet, or computer, making it easy to bring them on the go without hauling a stack of books.

If you’re looking to read mainstream superhero comics, both DC and Marvel have digital comics subscriptions that are well worth the money. For $10 a month, Marvel Unlimited gives you access to nearly every Marvel comic released since the 1960s.

The app is very well organized by different stories, writers, and characters, allowing you to browse the massive catalog with ease. Unfortunately, you can’t read newer issues of current series when they come out (though you can buy the issue separately), but all comics are uploaded to the service a few months after they release. The service is basically everything you could want as a Marvel comic fan.

If you’re looking more broadly, the ComiXology app offers basically any modern comic you could possibly want. The service has both Marvel and DC comics, in addition to thousands of non-superhero comics from other publishers, and you can buy new issues as soon as they come out. They also have a paid subscription service called ComiXology Unlimited that gives you access to thousands of comics from a wide variety of publishers. If you’re more focused on keeping up with current series as opposed to diving into the backlog, you should use ComiXology over Marvel Unlimited.

Which comics are easy to get into?

Decades of continuity can make diving into comic books a confusing and daunting task. Fortunately, with the popularity of their movies Marvel and DC have made efforts to streamline their titles and give new readers a clean starting point. Here are some titles to check out from each publisher. 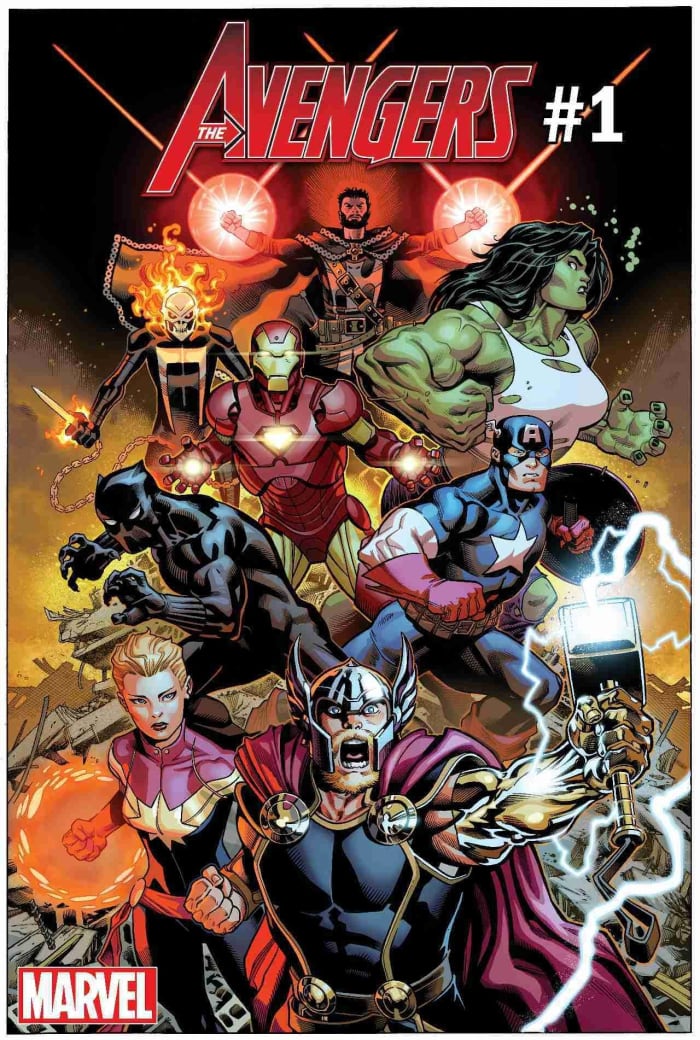 Last year, Marvel launched its Fresh Start line. Fresh Start renumbered a bunch of Marvel’s most popular comics at #1, giving new readers a clear jumping on point. If you’re a movie fan looking to start reading, WE recommend choosing from these comic lines. Some of the comics that were renumbered include:

Most of the confusing or convoluted storylines that were present in these comics have been reworked to bring in the casual crowd, so don’t worry about jumping into some massive story that’s partway through. With Marvel Unlimited, you should be able to read most of these comics up until their current issues.

DC is known for its massive universal reboots every so often, and they had arguably their most successful one in 2016’s DC Rebirth. The relaunch combined the modern sensibilities of the controversial New 52 relaunch with DC’s storied legacy to get the best of both worlds. For new readers, we recommend choosing from your favorite character’s Rebirth comic. Popular characters that got a new series in Rebirth include:

DC has done a nice job of balancing keeping their heroes familiar and introducing fresh elements to their stories. Rebirth is a great place to start for both new and returning readers.

Did this guide answer your questions? What comics are you most interested in? Let us know!

US Senate vs Ticketmaster: What’s Really Going on Behind the Scenes of Taylor Swift’s Ticket Sales?