It’s probably difficult these days to explain what an arcade is to a young kid. “Why would anyone leave their home to play video games?” they might ask, or, “What’s up with these graphics?”

It’s no surprise that there are far fewer arcades now than there were in the ’70s and ’80s. How did such a prolific multi-million dollar industry turn into a niche hobby? To look at how this happened, we’re going to look at a few distinct eras of arcades, and how they changed drastically throughout the decades.

The rise and fall of arcades 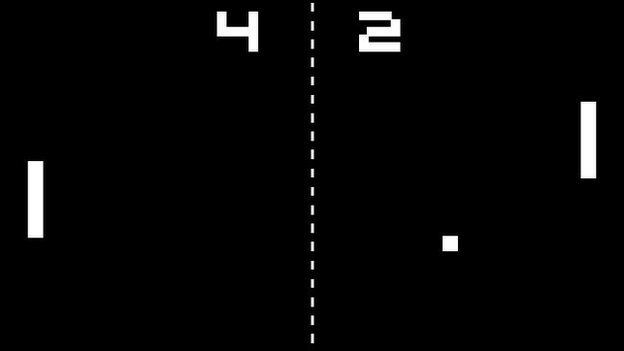 Developed by Atari, Pong was the first commercially successful video game. Its simple, approachable gameplay and competitive social design made the game a popular staple at bars across the country. The game was much more intuitive than previous arcade games like Computer Space.

Beyond its gameplay, Pong showcased the potential of arcade games as a social, public activity. The game was multiplayer only and could be played easily with only one hand, and it was common for people to ask strangers to play Pong with them after buying them a drink. Atari co-founder Nolan Bushnell recalled that many people told him that they met their spouse in a bar playing Pong.

After Pong showed the world that arcade games were a profitable business model, many companies went right to work creating their own games. The most popular game to succeed Pong was Taito’s Space Invaders. Designed as a successor to Atari’s Breakout, Space Invaders had the player controlling a laser cannon against an alien invasion.

It may seem obvious now, but a game with targets that not only moved but shot back was incredibly innovative at the time. The game was one of the first to feature background music, which would dynamically speed up as the aliens moved faster at the end of a stage. Most importantly, the game popularized the concept of a high score, as the game allowed players to save high scores to the machine for others to beat. The game combined multiple groundbreaking gameplay innovations with a sci-fi theme, which was highly popular at the time. Space Invaders was an instant hit and its release was seen by many as the beginning of the Golden Age of Arcades. By 1982, the game grossed over $2.2 billion dollars in quarters, with the only comparably profitable entertainment product being the theatrical run of “Star Wars.”

A Yellow Puck and the Golden Age of Arcades

I’m going to show you a picture. Tell me, who is this character? 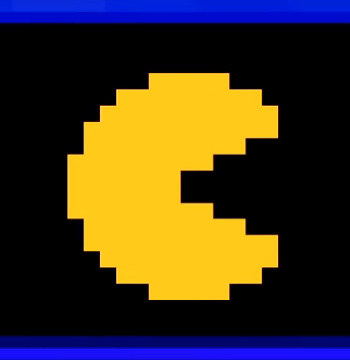 Show this picture to anyone and they’d be able to tell you that it’s Pac-Man. According to the Davie-Brown Index, Pac-Man is the most famous video game character of all time (yes, even more than Mario), as he is identifiable by 94% of American consumers. Created by Namco designer Toru Iwatani, Pac-Man was made in response to the huge number of space shooters and other male-centric games on the market. Iwatani wanted to create a game that would appeal to everyone, especially women, and decided on eating as a theme. The unique maze-chasing gameplay and broad appeal quickly made Pac-Man a worldwide phenomenon.

Pac-Man himself became gaming’s first-ever mascot, having a personality that was lacking in other games that starred spaceships or soldiers. Even all of the ghosts had names and personalities, each employing different chasing tactics to take down Pac-Man. Intermissions played between levels showing Pac-Man chasing the red ghost Blinky, the first ever instance of cutscenes in a video game. Pac-Man had more personality and universal appeal than any other arcade game at the time. Pac-Mania quickly gripped the ’80s, as the yellow dot muncher appeared on everything from cereals, to Saturday morning cartoons, to even hit records. The game showed the arcade industry that designing games with memorable characters and casual appeal were the way to go.

Other games starring quirky characters and innovative gameplay soon followed, including Donkey Kong, Q*bert, and Frogger. The arcade demographic was widened significantly by these games, as the player base was now much more evenly spread across gender and age groups. The popularity of these simple to learn but hard to master games was universal and leads to many of these games still being fun to play today.

However, the simple design of these games led to tons of imitators flooding arcade markets. Donkey Kong had Crazy Kong, Pac-Man had K.C. Munchkin, and basically every other popular arcade game had scores of imitators. The Golden Age of Arcades ended when these clones saturated arcades, tiring consumers.

Meanwhile, home video game consoles like the Nintendo Entertainment System started to catch up with arcade games in terms of technical prowess, which would become a growing problem for the arcade industry. Arcade attendance took a major hit as home consoles provided unique and complex games that you could play in the comfort of your home, like The Legend of Zelda. The simplistic gameplay loops of arcade games were failing to draw customers, and the advanced graphics of arcade games no longer wowed gamers. 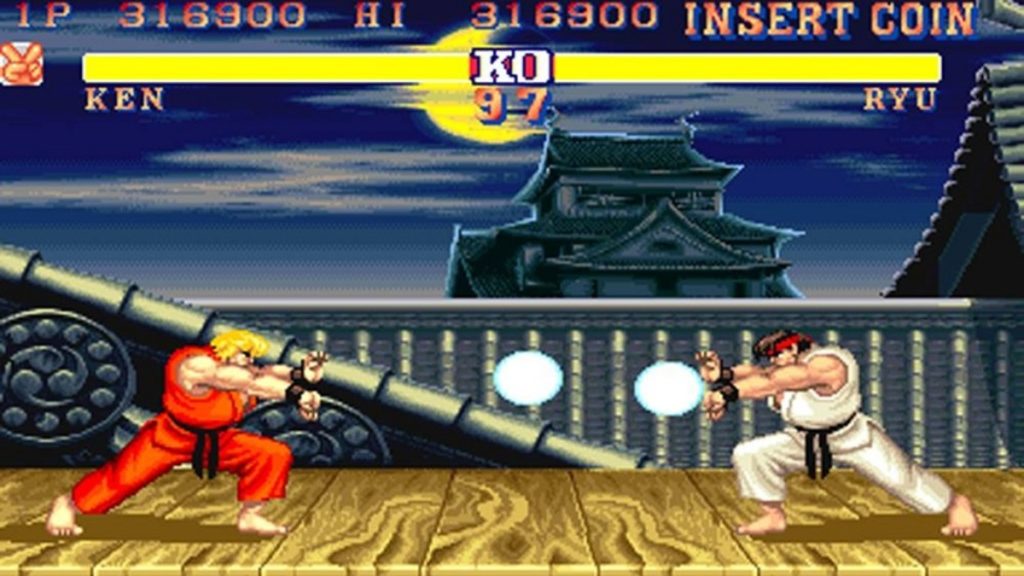 Arcades may have slipped in popularity in the late ’80s, but by the early-to-mid-’90s they got their second wind. After the mediocre-at-best reception to their game Street Fighter, Capcom went back to the drawing board and completely overhauled the gameplay and style for their next entry: Street Fighter II.

Street Fighter II contained eight playable characters, each with strong and memorable personalities and special moves. Control was fluid, and for the first time, players could pull off combos by linking moves to each other. The fantastic gameplay and charming cast of Street Fighter II singlehandedly popularized the fighting game genre and reinvigorated interest in arcades. Kids would crowd around Street Fighter II machines, waiting for their chance to challenge the best player at the arcade. Street Fighter II was an astronomical success, and Capcom quickly went to work creating updated versions with additional characters and enhanced gameplay.

Following the success of Street Fighter II, Midway released the bloody fighting game Mortal Kombat. The game stunned the public with its realistic human characters and incredible levels of bloody violence. Controversy soon followed, which only served to increase interest in the game. Many imitators tried to capitalize on the success of Mortal Kombat, creating exploitation games that featured plenty of blood but none of the satisfying gameplay or badass characters of MK. 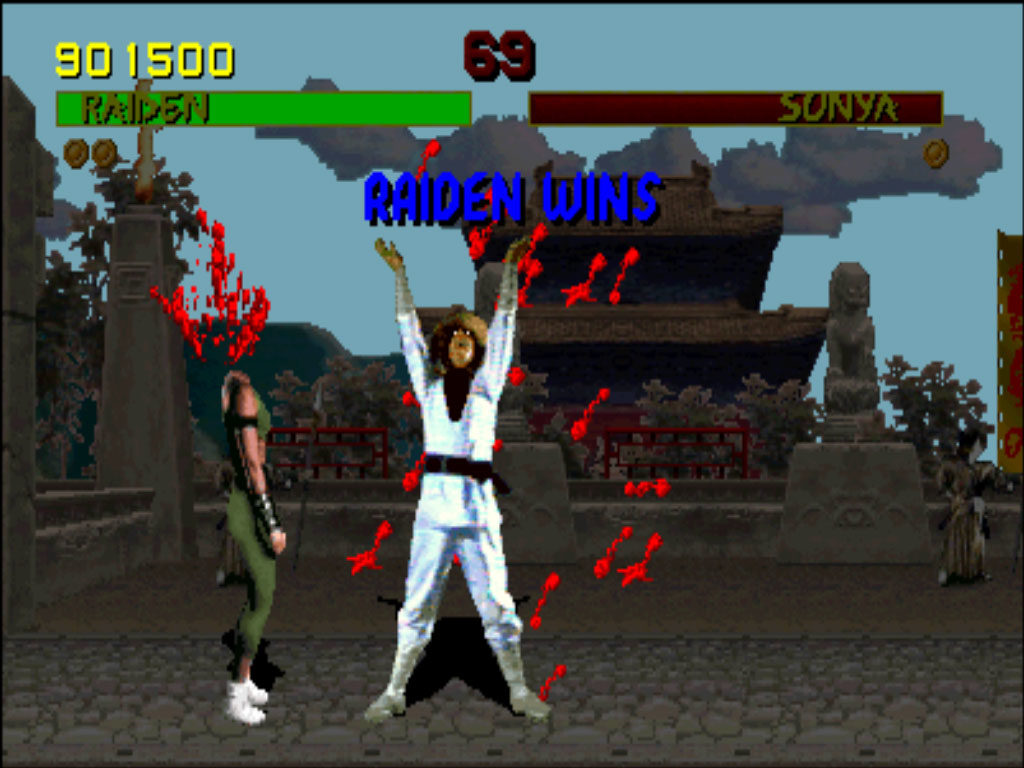 The 1v1 fighter genre of games brought the social aspect of gaming back to the arcades as players gathered for a chance to prove their skills. Oftentimes players would exchange tips on how to pull off difficult special moves or unlock secret characters. No longer were gamers competing for a high score, they were now facing each other one on one to determine who was better at the game, providing a thrilling competitive experience that had real stakes. This hardcore competitive gaming experience sustained the arcade market for years, but casual gamers were turned away by the new arcade environment. Game designers repeatedly tried to make games for the new primary demographic, mostly teenage boys, leading to stagnation in game design and waning interest. By the late ’90s, arcades found themselves in trouble once again.

As home consoles advanced to the point where they could easily provide arcade-quality games, arcades could no longer serve as solitary attractions. Oftentimes arcade games were instead found as additions to bowling alleys, movie theaters, and mini-golf courses. Arcades found some success as part of new family fun centers like Chuck E. Cheese or Funway, which combined video games with other attractions like go-karting or animatronic bands.

An important innovation of these family fun centers was redemption games, which were arcade games that spit out tickets. Depending on the player’s game performance, they would receive more tickets, which could then be spent on toys and other prizes. Redemption games quickly overtook traditional arcade games in popularity, especially among kids. 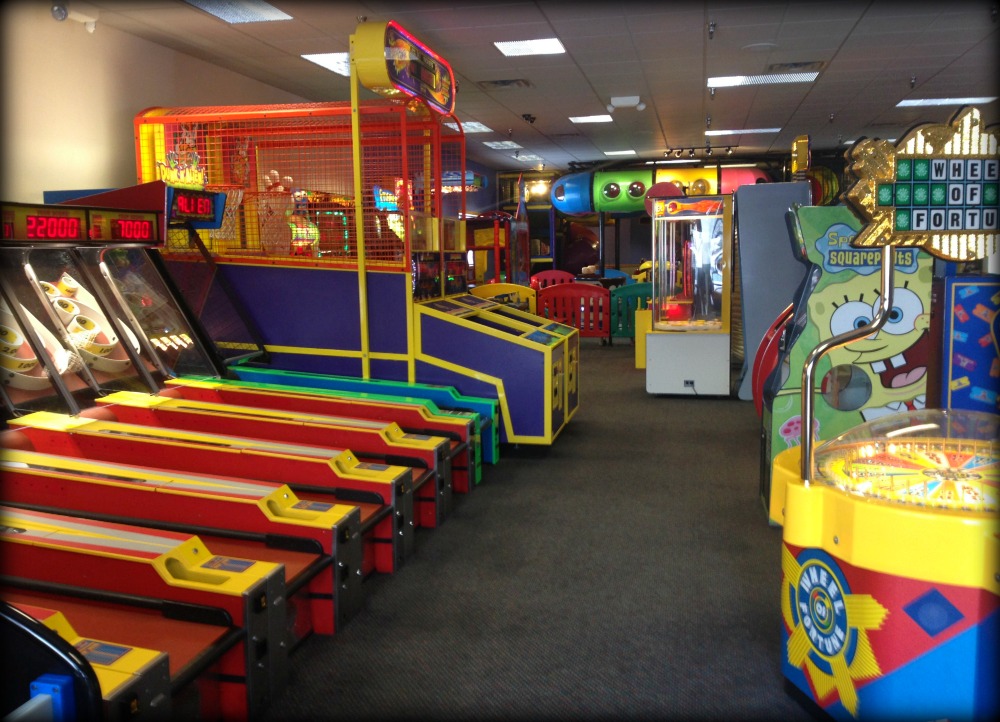 By far, the most notable breakout arcade game of this generation was Dance Dance Revolution, an innovative and accessible game that attracted both casual and hardcore audiences. The game’s combination of music, physical exercise, and challenge made it an instant arcade classic. Like DDR, many new arcade games relied on gimmicky peripherals that couldn’t be emulated on home consoles. Games increasingly incorporated advanced technology like virtual reality in order to have an edge over the home gaming market.

While the home console market hit arcades hard enough, the true nail in the coffin was the rise of the mobile gaming industry. These games, primarily controlled via touchscreen, were either free or very inexpensive to play. They often featured straightforward but addicting gameplay mechanics similar to the arcade classics of the ’80s. The mobile market absolutely destroyed the arcade industry. In desperation (or adaptation, depending on how you look at it) many arcades simply created arcade versions of popular mobile games like Temple Run or Doodle Jump. Outside of family fun centers like Chuck E. Cheese and the rare arcade megaplex like Gameworks or DisneyQuest, arcades almost completely ceased to exist.

Recently, “barcades,” which combine bars and arcades, have enjoyed a surge of popularity. The games are free or only cost a quarter, just like they used to, and the games featured are mostly ’80s classics and fighting games rather than redemption games or upscaled mobile games. The industry is based on nostalgia and has proven to be popular in major cities across the U.S. While traditional arcades may have lost the battle against the home console market, the new barcade industry is enjoying a comfortably successful niche market.

Do you have fond memories in the arcade? What was your favorite game? Let us know!