The PSP is one of the few gaming consoles with internet capabilities that is outdated and been replaced by a more modern console. That said, the PSP also holds many exclusive games. These games can be incredibly expensive to buy hard copies of, due to the age of the PSP, so the best way to get them is to buy a digital download from a retailer like GameStop. However, if you have a modern internet router, you’ll soon discover that the PSP lacks internet connectivity with most routers these days (at least in their default settings). So how can you download a game without an internet connection? 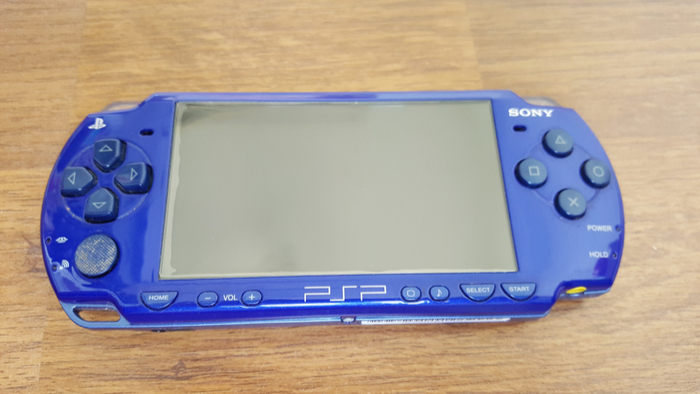 If you have a PS3

The easiest way to download PSP games is if you have a PS3. PSP games don’t usually take up much space, so even if you don’t have a lot of room on your PS3, you will still probably be able to download the game.

Then connect your PSP to the PS3. You can do this with a standard USB cable. You may even use the USB cables that charge PS3 controllers. Afterward, under “games” there should be a section labeled PSP. Here, it will give you the option to copy games onto your PSP if you’ve gone to the “USB connection” section of your PSP (all the way to the left of the main menu). Then just sit back and wait as your PSP receives the game.

If you have Sony MediaGo from before MediaGo was discontinued, then not having a PS3 won’t pose much of a challenge. The steps are essentially the same as downloading the game with a PS3.

First, you’ll need to connect a standard USB cable from your PC into your PSP. Then you’ll need to download the game file from your Sony MediaGo library onto your computer. From there you can find the file in your downloads folder and simply move it into a GAME folder on your PSP. You’ll still have to follow the above instructions to update your PSP if you haven’t.

If you don’t have a PS3 or Sony MediaGo, things start to get more difficult. The only other way to download games onto your PSP is to connect it to your Wi-Fi. As we said earlier, if you have a newer router, then your PSP will likely be unable to recognize the Wi-Fi connection.

There is a way around this, as you can change your Wi-Fi settings so that older devices can read it. You’ll have to log into your router by typing your IP address into the search bar and change the settings to WPA encryption. You’ll also have to make sure your connection is set to channel 11. By changing the encryption type from WPA2 (the default version for most new routers) to WPA, you should be able to see the connection on your device.

You will want to change this back once you’re done, however, since it can mess with your Wi-Fi connectivity on other devices. WPA is also less secure than WPA2, so you don’t want to leave it on this encryption type for long.

An alternative to these options is to purchase a PS Vita. While a PS Vita can’t play cartridge PSP games, it can download and play pretty much any digital PSP title. Since the PS Vita is a system that is still updated regularly, you won’t have to worry about missing out on any older games due to Wi-Fi connectivity. You’ll also be able to keep seeing new games released for the device.