There’s nothing like the excitement of a good video game series! The story becomes deeper, the game mechanics develop to perfection, and the community expands to new heights.The bottom line is: a series enriches the players experience over multiple titles!

No offense to one-offs. They can be great too! (Minecraft, PUBG, Overwatch, etc…)

If you’re a gamer, chances are you already follow a series or two. We’d like to recommend a few more! To do so, we’ve compiled a list of some of the best series the gaming world has to offer: classics that either made history or continue changing it to this day. Here they are…

Yes! We put the Soulsborne at very top!

Where does one start, describing these game? Each title features a lonely protagonist wandering through a ruined medieval or Elizabethan world, using a truly diverse range of weapons and magic to battle the most terrifying array of enemies. It’s mysterious. It’s dark. It’s riveting. Every moment, the player must stay on their toes. The rich plot hides behind item descriptions and environmental cues. Death waits around every corner, but you’re always itching for more.

One of the best ways to describe this series came from Smosh Gaming. This clip describes our feeling perfectly. Still, mild profanity warning!

Legend of Zelda stands above others for a specific reason: in addition a thrilling soundtrack, magnificent and expansive overarching plot, intense gameplay, and a well-developed world…

The series welcomes everyone!

Nintendo walks a fine line, creating games that appeal to and satisfy all. They manage to pull off wonders time and time again! The lack of mature content in the LoZ series lets kids play, yet Link’s journey appeals to adult audiences as well, whether they love exploring the massive lands of Hyrule, gathering the many collectible items, or enduring the next clash against Ganon/Ganondorf… and the moon that one time (poor Zant almost got to be the sole villain).

Take, for example, the most recent title: Breath of the Wild. For adults, the difficulty rose to Dark Souls levels but, as this post by Reddit user Wingnut020 shows, even the kiddos can enjoy it:

My proud six year old. 50+ shrines, 97 (as he puts it) clorox seeds. All by himself and all without a horse. from gaming

Finally, because this is an opinion article, we should add… Wind Waker was the best. 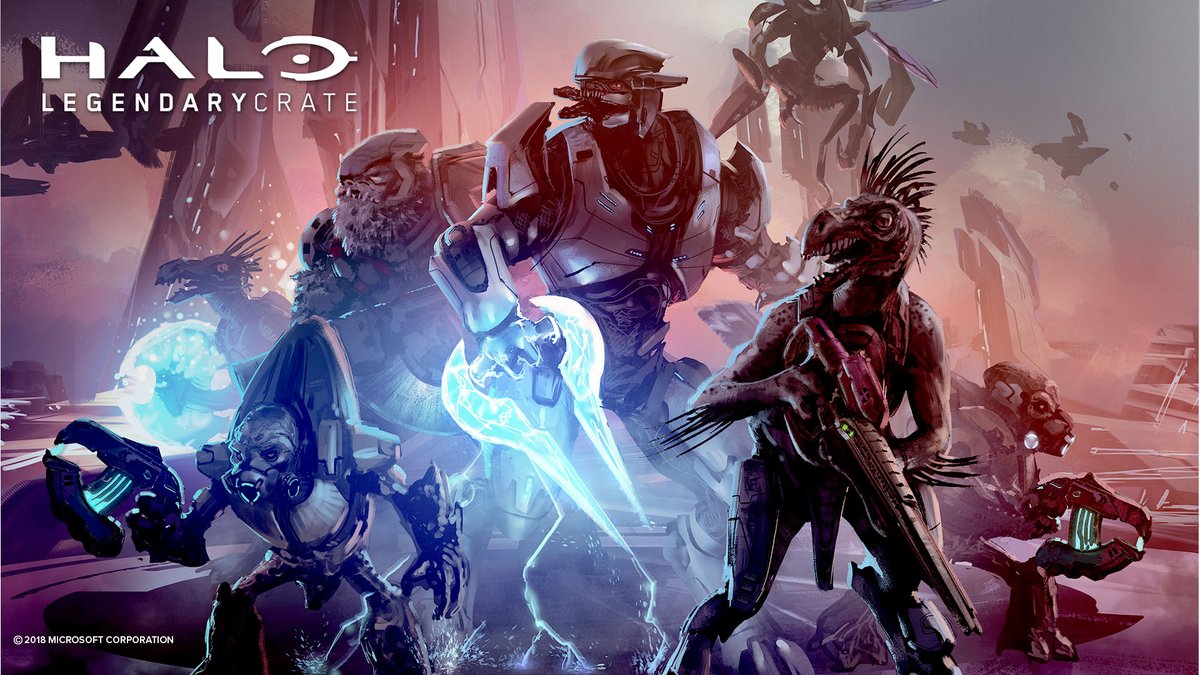 The Halo trilogy shook the Xbox community with the first release in 2001. We can say, with great confidence, that a large portion of Microsoft gamers fell in love with the Xbox because of this exclusive series!

The question is: what do you want in a sci-fi game? A story of humanity’s bitter struggle against a compelling alien culture across the stars, all founded on a fascinating interstellar history that spans eons before human memory? How about well-established online multiplayer, plain and simple? Perhaps another fantastic soundtrack, perfectly tailored to the games epic events?  Weapons, lore, music… it’s here. All of it.

And, of course, we’d be remiss not to mention the excellent cosplays: 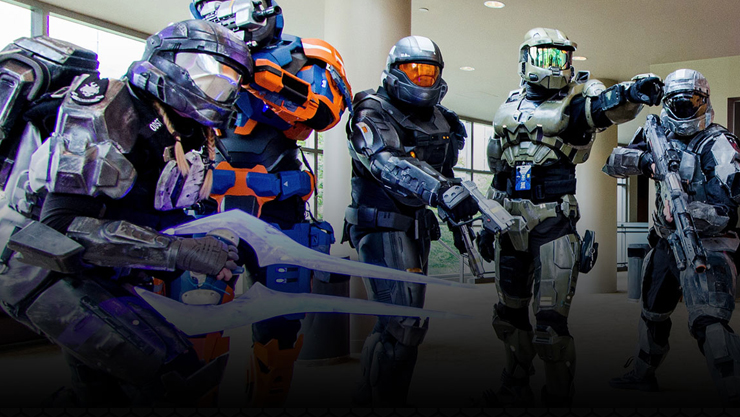 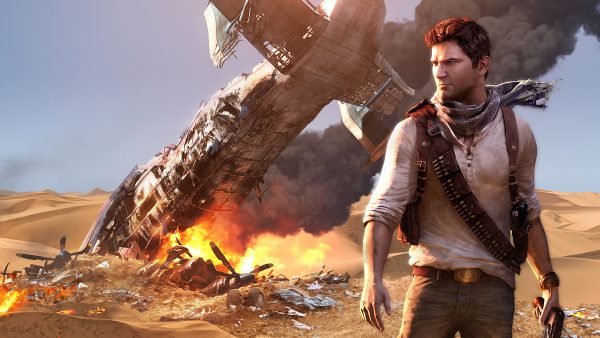 We’ve hit Nintendo and Xbox exclusives, so… it’s time to throw a bone to those PlayStation fans. And what better way to do so than mentioning Uncharted, a game that plays like a blockbuster movie…

Here’s what’s going on with the Uncharted movie

Video games have always been known for their ability to let the player become a character: slip into Mario’s shoes, don Master Chief’s helmet, or, in the case of Uncharted, become video game Indiana Jones, a.k.a. Nathan Drake, the smart-talking scoundrel! 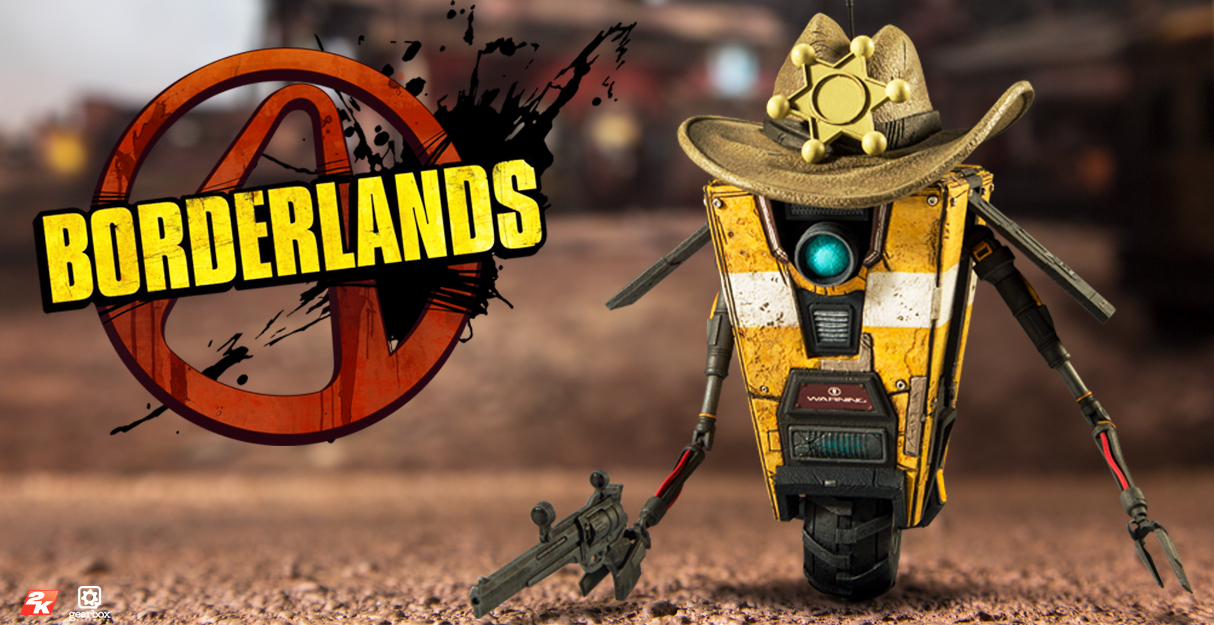 Imagine the love child of “Mad Max” and “Star Wars.” Or “Tombstone” and “Doctor Who.” Congratulations: you just gave birth to Borderlands!

Every Borderlands game tells the tale of Vault Hunters, legendary heroes who seek the coveted Vaults on the frontier of human expansion across the galaxy. So far, the current titles take place around the planet Pandora (no, not the one from James Cameron’s “Avatar”). It’s a world that tears apart the fabric of human civilization and uncovers every wacky whim underneath.

Along with a bajillion guns, fantastic characters like Handsome Jack, and a ton of hilarity, Borderlands also has the best trailers:

(You may be wondering: is Borderlands really that crazy? Yep, it sure is.) 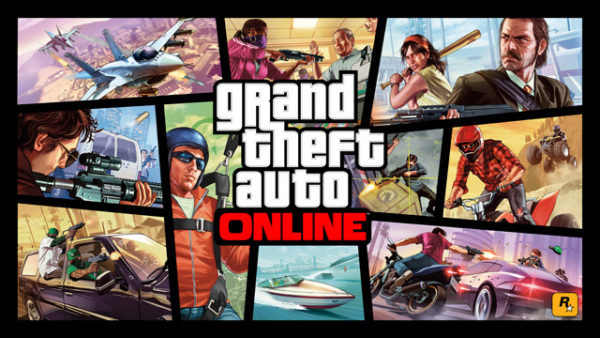 The game art says it all! Want to drive around a huge city firing guns and stealing cars? Considered skydiving from a plane or jumping a motorcycle over a building? How about becoming a fighter pilot? Grand Theft Auto, in many ways, provides a safe environment to commit all sorts of crazy stunts, crimes, and exploits without hurting yourself or others.

Or, if you ever get tired of that… 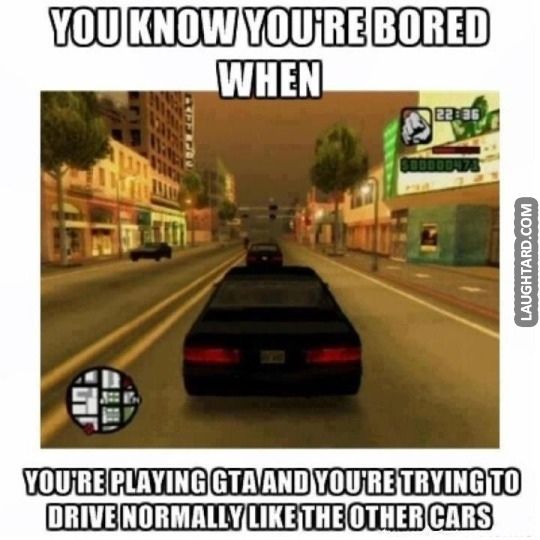 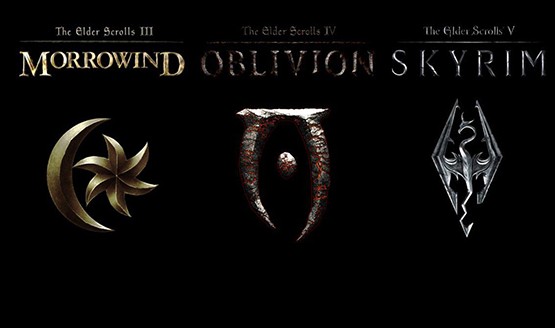 The Elder Scrolls games take place in a massive land called Tamriel, the quintessential world of medieval mysticism. Like Grand Theft Auto, the series allows you to go anywhere and do pretty much anything… even build a house, get married, and adopt a child! Thanks, Skyrim.

Although each game involves saving the world from a different cataclysm – an attack from the realm of Oblivion or the dragon Alduin – you can spend hours performing side quests or getting lost in the enormous and beautiful worlds of Morrowind, Cyrodiil (where Oblivion takes place), and Skyrim. Alternatively, level up your many skills like smithing, potion-making, magic-casting, hand-to-hand, or sneak. Get companions, conquer dragons, delve into caves, mines, and mountains.

A gamer can easily spend hundreds of hours within each of these titles, which speaks to the masterful crafting of the developer, Bethesda, as well as the engrossing world. You never know what you’ll find… 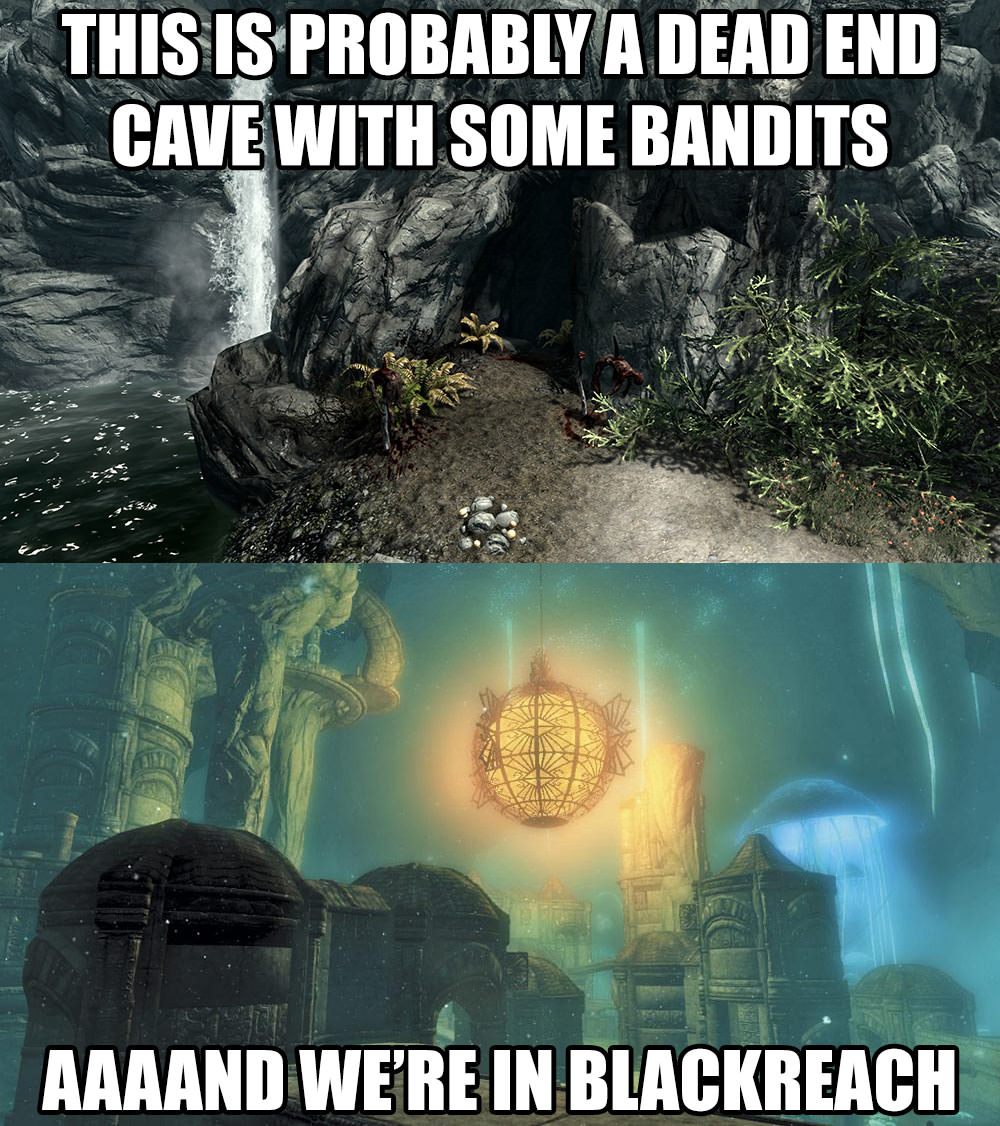 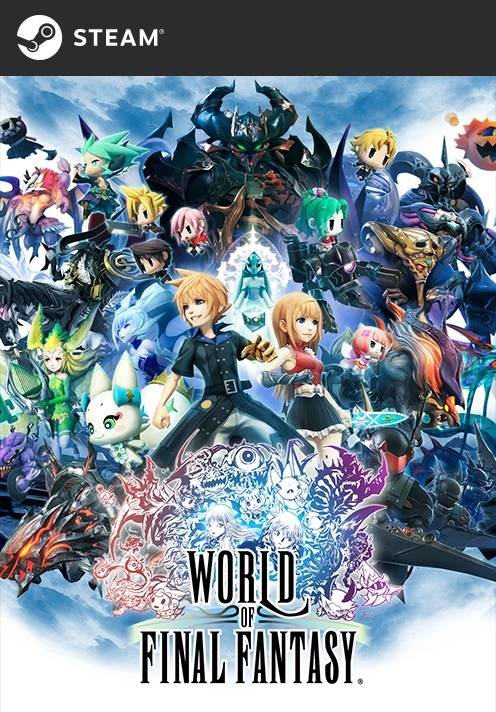 An interesting bit of history: in 1987, Square Enix was facing bankruptcy. Then, designer Hironobu Sakaguchi threw out a last-ditch effort for a turn-based role-playing game (RPG). Because this single title meant either success or failure for the company, he called it… Final Fantasy.

One thing led to another, and Square Enix survived to create 14 more Final Fantasy games and counting, each more final-er than the last!

Like many of the best games, it also features wonderful user-generated mods: 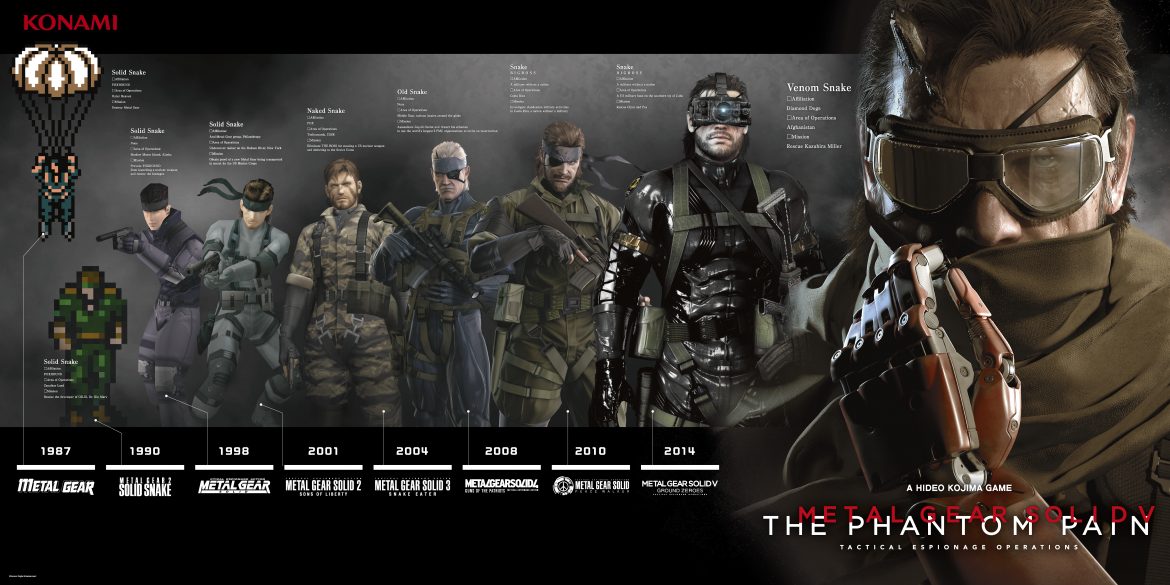 Metal Gear Solid has the best stealth mechanics! Whether sneaking across Shadow Moses island, the scorching deserts of Afghanistan, or the rain-soaked jungles of Africa, Metal Gear challenges the player to plan routes, choose their weapons carefully, and play smarter than ever before.

Metal Gear Solid has the best cutscenes! Other games play like movies, this is a movie! Holding the current world record for longest cutscene at over 20 minutes, Metal Gear provides the user with plenty of entertainment and gameplay, scored with an Oscar-worthy soundtrack.

Speaking of which… a movie is actually in the works!

Mario rounds out our list because he’s one of the most iconic characters ever. And he could use some love after his brother Luigi died.

And again, because this is an opinion article, we can mention… Paper Mario: The Thousand-Year Door, was the best. 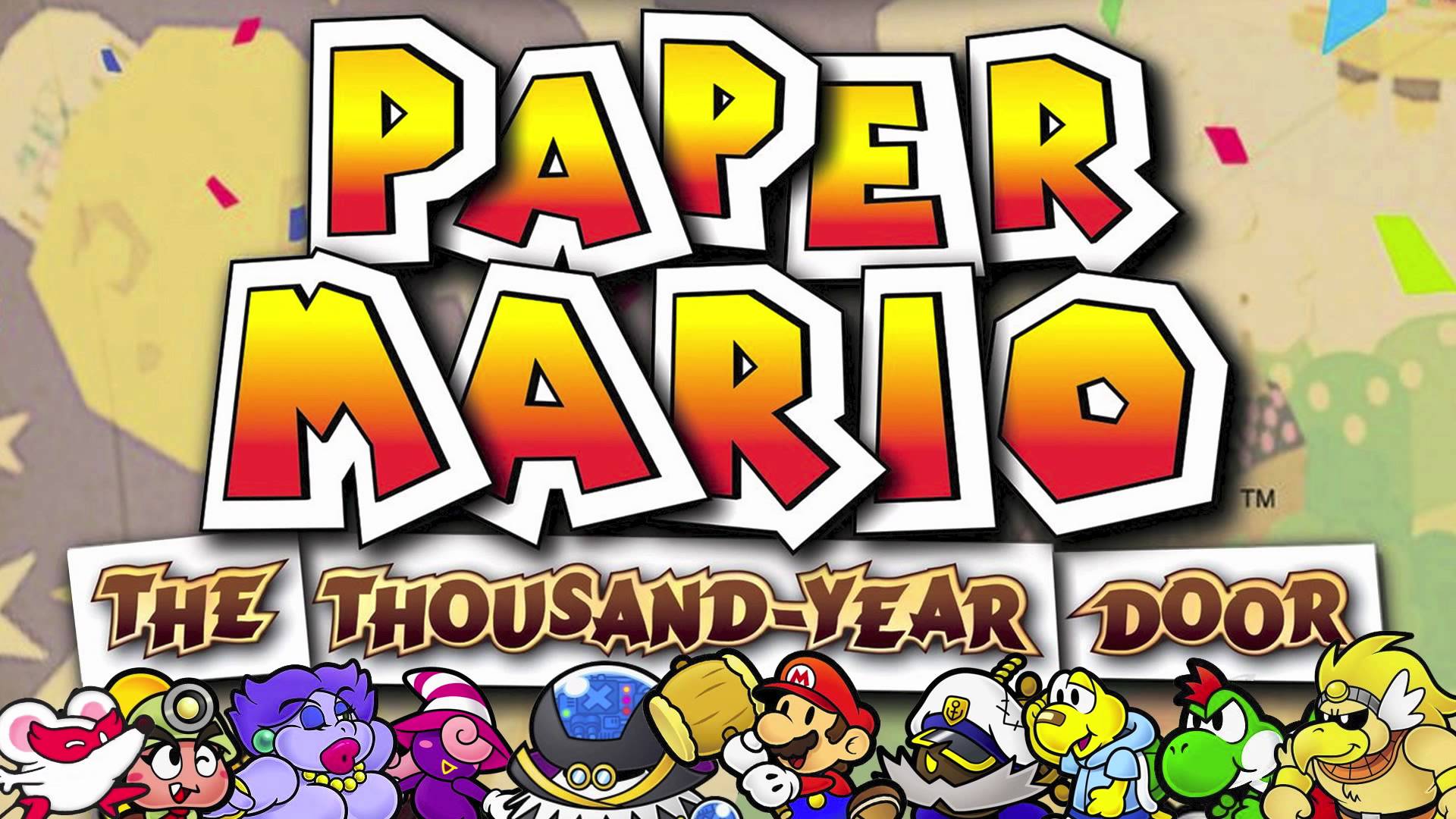 There are just too many good series! Here are a few others we couldn’t fit: