Autoplaying videos are the bane of the internet.

Maybe it’s just us, but it’s always felt like content playing without our consent felt like a violation. Some of us now live life with computers on mute 24/7 to avoid any public outbursts.

You know how it goes. Sometimes you’re cruising the web, trying to get work done, multiple tabs opened. Suddenly, some poor quality sound starts competing with your music, and you’re frantically clicking around looking for the source of auditory spam.

We all hate autoplay — yet somehow, the much-maligned feature hangs around, providing distractions and noise pollution without warning.

Here’s a look at why autoplay will likely stick around through web 3.0 and beyond.

Why autoplay will never die

Why is autoplay still so prevalent?

The answer is obvious — autoplay videos are real money-makers. Why else would something so terrible be a mainstay on the web?

The user, in this case, doesn’t matter. UX might apply to individual sites, but it’s hardly a concern for advertisers.

We’ve seen a rise in autoplay ads over the past decade or so due to faster internet connections and the rise of smartphones. As consumers, we’ve gotten used to watching videos on Facebook, YouTube, streaming Netflix on our phones.

But, where Google and Firefox have made it possible to mute autoplay automatically — the biggest name in streaming is the hardest to outrun.

Netflix claims to have data suggesting that autoplay trailers are worthwhile — they reportedly make us watch even more movies and reruns of “Friends” and “The Office.”

This change provides one clear benefit: inflating the number of views. For content creators, autoplay makes it easier to monetize videos. 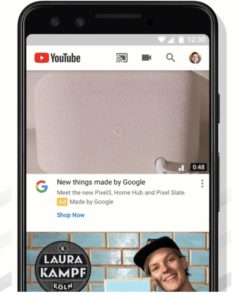 Still, YouTube has one edge over the Netflix approach — the autoplay function can be muted, with captions for a less disruptive experience.

Are companies trying to do better?

A few months back, both Chrome and Firefox released updates that block the issue. Google’s browser now comes with the ability to mute specific tabs — and if you’re visiting a new site — you can use these options as a safeguard against unwanted noise by muting the site.

Version 64 also allows you to flag autoplay videos, but you’ll need to get into your Chrome settings.

The Firefox update added some options to the preferences section. The Nightly update also offers some tracking protections, too, blocking advertisers from running software that follows your online activity.

Unfortunately, the Chrome update puts HTML5 games at risk. Shortly after the rollout, Google was flooded with complaints from smaller game developers claiming that their games no longer worked in the browser. Other issues with these blockers include things like trouble with video calls.

That said, if you do a lot of reading and research online, muting sites like Forbes, CNN, and others that provide a small news report with every written story, the Chrome add-on is a real boon.

On the verge of a new silent generation?

Because everyone mutes their videos anyway, advertisers are now creating ad content with that in mind. For that, you can thank the Coalition for Better Ads, a group that includes big players like Facebook, Procter & Gamble, and the Washington Post.

The idea behind the coalition is, these brands hope that by making ads less invasive, fewer people will use ad blockers. Because blogs and news outlets are at the mercy of their advertisers, ad blockers pose a threat to their profitability.

How to block ads and still reward your favorite sites

AdAge reported that the coalition’s efforts haven’t moved as quickly as expected–the changes were supposed to be a good thing for both advertisers and consumers. The problem is, consumers might not be ready to switch off the ad blockers.

Now, autoplay isn’t going anywhere — but auto-muted videos are certainly a start. According to the New York Times, those companies that use sound-enabled ads may soon go extinct. Standards are changing, slowly, but surely.

Unfortunately, there’s no word from Netflix as to how long they’ll keep autoplay as a key player in its bag of algorithmic tricks.