How to use music to be more productive and creative

Headphones signal a commitment to productivity. Slapped on in open office spaces, busy train stations, school, and elsewhere, encasing our ears in sound means transporting yourself elsewhere — at least a little.

Music sets the stage for our moods and occasion. It’s there when we want to power through a workout or provide the backdrop for a friendly get together.

But, whether music is an actual productivity tool is somewhat divisive. Some types of music get in the way of getting stuff done, while others provide a sort of idea lubricant.

Here’s a little more about what science says about using music to your advantage — as well as which types are likely to help you tap into something great.

How music affects your productivity and creativity 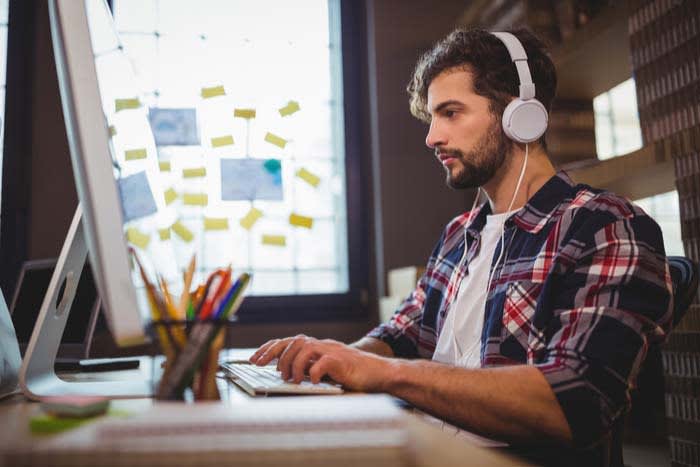 Human brains are inherently responsive to music, whether we’re aware of it or not. In 2016, researchers found that the brain automatically picks up on musical beats, meaning we recognize sound patterns on a subconscious level.

Music you love can increase your output

Positive feelings lead to better output. Kind of a no-brainer, right? A study published by the  University of Windsor measured the impact of music on work quality, finding the results were largely positive.

The study compared the output of workers listening to music as they went through their daily tasks, compared to counterparts who went without. Music was found to provide a little mood boost and it had a soothing, anti-anxiety effect, too.

According to another study from the BMS College of Engineering in Malaysia, subjects found that music played around 60 beats per minute had a calming effect.

Top 5 apps to help you relax

While lyrics can hamper concentration, a tried and true list of favorites can be the perfect soundtrack for productivity.

WordPress founder Matt Mullenweg says that one of his favorite productivity hacks is listening to one song or a very short playlist on repeat. He says his brain begins to register these familiar tunes as white noise. Another great option? Video game soundtracks. Their simple loops can tend not to be annoying and it’s more fun to work while imagining yourself traversing Hyrule.

In general, this works best if you like the songs. Familiarity gives us positive feelings. Yet, in playing the same music again and again, the brain stops trying to interpret the meaning of the lyrics.

According to the Baby Geniuses school of thought, classical music makes you smarter. And, many people believe that Mozart, specifically, offers some sort of musical biohacking benefit.

The focus on this particular composer is interesting, but some believe that Mozart had unlocked some magical formula for productivity.  We can just picture this: someone reads an article, finds Mozart on Spotify, and begins banging out the great American novel.

The Mozart effect is this idea that children who listen to Mozart will become more intelligent.  When tested in the wild (more specifically, in college students at the University of California, Irvine), students who listened to Mozart were better at completing tasks that required them to create shapes in their minds.

Still, the study concluded that those boosts only lasted about 15 minutes, not enough to move the needle on one’s IQ.

Classical music has been shown to be beneficial to listeners, but the reason isn’t the genius of a handful of dead guys from the history books. Rather, music with lyrics can create a conflict in the brain — especially if you’re trying to read or write.

Instead, workers who choose to use classical music or low-fi beats, receive that same benefit of blocking out distractions. 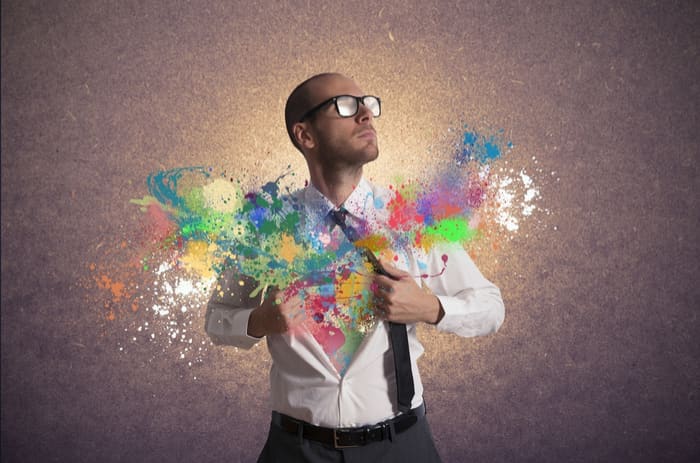 Abstract thinking. Big ideas. Spitballing. All that loose, creative work can be enhanced with music. If you’re trying to tap into this creative space — turn up the volume. Moderate-to-high noise stimulates abstract thought.

Though, when it comes time for implementation, turn the dial to a low-grade murmur. Loud noises make it hard to zero in on the details.

Music tempo, too, comes into play when you’re trying to optimize for certain tasks. Fast music has been shown to help listeners perform better on IQ tests.

What’s important to consider is, specific types of music aren’t a prescription for productivity. You need to actually like it to reap the benefits, otherwise, it could have a negative effect.

Classical music gets all the glory because Mozart (and others) arrangements are complicated, up-tempo, and give the brain something to do — without lyrics getting in the way.

Is Spotify Premium worth it? ►

How to see your favorite musician live with Spotify ►