Video games for kids. It sounds like the kind of irresponsible nonsense that would have conservatives screaming in panic. Kids games! The truth, however, is that there is plenty of research out there that shows video games, when played in moderation, can be a healthy hobby for children to have. Think about it, puzzle games, adventure games, educational games, and learning games can all help kids think creatively as they solve problems that are presented in abstract ways.

So, with that being the case, let’s look at some the best free games out there that you can introduce to your kids. Not only will these games keep your kids occupied and maybe get you a bit of peace in times of need, they’ll also stimulate your kids’ imaginations and boost their creativity. These are the best free games for kids online.

Free games for kids to play 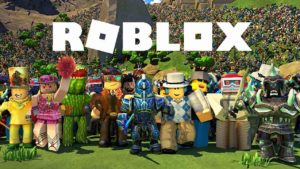 Roblox is great for kids aged 10 and up who want to play games. Letting your kids play Roblox is like giving them a virtual Lego set. Once they start playing their imaginations will be the only things holding them back. Like a virtual game of dress up, Roblox allows kids to  build their own characters. It goes further though, giving them the chance to build their own worlds, and even their own video games. On top of that they’ll also be able to play any of the thousands upon thousands of fan made games that are already available online.

Roblox also gives parents the ability to manage their children’s accounts to keep them safe. Roblox is available across all major platforms too with a version available on Windows, Apple Mac, Xbox One, PS4, iOS, and Android.

If you’ve ever played classic video games, you might have heard of Frogger, which is one of the all time most fun games to play. Disney Crossy Road is a new game that plays exactly like Frogger. The game offers over 100 Disney characters for you to take control of and guide across busy train tracks, highways, and rivers. Crossy Road is available to download for both Android smartphones and tablets, and iOS iPhones and iPads.

An excellent free online game for your kids to play is Quick draw by Google. Quick Draw is perfect for any aspiring little artists but is also lots of fun for kids who don’t see themselves as being creative. Basically, players have 20 seconds to draw a defined item so that Google’s AI neural net can recognize it. These items could be simple like a “pool” or more complicated concepts like “animal migration”. The fact that that the game shouts out its guesses gives the action a more frantic feel and is definitely worth a try. Don’t be surprised, if you get dragged into this one too.

What kid doesn’t want to be a pirate, a cop or a robber, or what about a Ninja? Yep, kids love playing make believe and often they want to play at being some magical and often violent character. Fruit Ninja offers the perfect way to deal with this difficult crossroads. The game introduces samurai swordplay elements but in a way that sees your kids making a fruit salad rather than vanquishing enemies. Fruit Ninja is a colorful game that looks great and is available for both iOS and Android devices. As a parent, however, you should be aware that the game does include in-app purchases for non-essential items.

This game is lots of fun for kids to play, but it might not be the best option, if you’re looking for a bit of peace and quiet. Spaceteam is a multiplayer game that requires each child has their own device. Once the game is downloaded on all devices, however, and then linked to each other the action can begin. The premise is that your team of intrepid space travelers is trying to outrun an exploding star. The instructions on how to fly their ship will show up on one screen but the controls might be on another. This means the game is all about teamwork and it’ll probably get loud. Check it out on iOS and Android now.

If you’re looking for the best free Pokémon games, you’ll find our list here. Our next game, however, although not on that list is bit of a crossover. Pokémon Camp is an excellent Pokémon game that has been built specifically for your little ones. For those too young to head out on a full Pokémon adventure, Camp offers the perfect place to get started.

Young Pokémon trainers can go to the Pokémon  Camp where they’ll be able to learn from camp counselors how to do the Pokémon basics such as throwing Poke Balls and finding Pokémon. There’s plenty here too, with Pokémon from the original Red and Blue generation available in the game as well as Pokémon from the more recent Sun and Moon games.

All Aboard: Trackin through Canada

All Aboard is a simple enough web browser game. All your kids have to do is build a track on the grid using the different track pieces that the game offers them. The pieces come at you in a similar way to pieces on Tetris, meaning you have no control over what piece comes next, but you can see what the following series of track pieces you’ll have to play with will be. It sounds simple but is challenging enough and will prove quite the puzzle for kids of all ages.

As well as All Aboard, you’ll also find hundreds of other kid’s games on the CBC Canada website. It is a real treasure trove for your kids.

So, there you have seven excellent free games that your kids can play in any situation. We’ve tried to cover all bases here. You have apps that you can download onto your smartphones and tablets; both Android and iPhone. We’ve also included web browser games and PC games that your kids can play at any time. Most of all though, we’ve tried to include games that will stimulate your little ones. These games are not just about fun, although that’s very important here too, they’re also about pushing your kids to be creative and learn how to solve problems and express themselves. We hope they enjoy playing them.